The song "I'll Be there for you" quickly brings us back to the orange sofa of the Café frequented by six of the most famous friends of television. 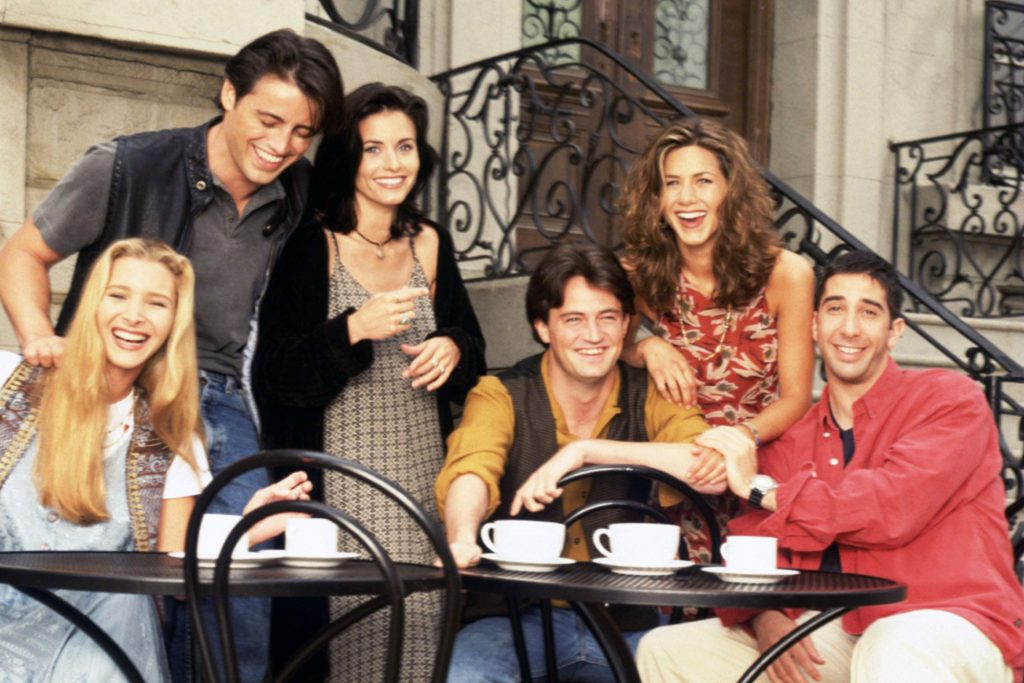 Friends is a sitcom we all know. Created by David Crane and broadcast for the first time in America in 1994, it counts ten seasons in total. The story revolves around a group of Manhattan's friends, all single and on the verge of thirty years. It tells of their sentimental and working vicissitudes, always in an ironic way. The cafe and the apartment of Monica, among the protagonists, are the main meeting points.

Among the most famous and appreciated protagonists, Rachel, played by Jennifer Aniston. After the role in Friends, she certainly built a solid reputation as queen of comedy. The sitcom boasts an impressive number of guests, all of the highest level. In three episodes appears Bruce Willis, awarded best guest star in a comedy series. In the eighth season, Brad Pitt, at the real-time boyfriend of Jennifer Aniston, in the episode will recite a little flirt. Other big names appeared are those of George Clooney, Sean Penn and Julia Roberts.

There are few TV series that can enjoy a popularity and, above all, a longevity comparable to those of Friends. The confirmation came a few days ago: information sites, blogs and social pages around the world, published the news that from January 2019, Friends would no longer be available on Netflix. Countless messages of protest of users, followed by the timely denial of the platform: Friends will remain available.

More than twenty years after publication, Friends remains one of the most popular TV series, and still sought.

EAU DE PARFUM INTENSE: if you don't know what to give to your dad, boyfriend, friend… and for you too