How do you reconcile Jack Ryan's adventures on Primevideo with a sightseeing tour of Europe's most intriguing capital and the 30th anniversary of the birth of a new state? If you have already enjoyed, munching kilos of popcorn, the eight new episodes of Season Three and the new adventures of John Krasinski, you have probably already guessed it. If not...

Jack Ryan is the star of, among others, three TV seasons, broadcast by Primevideo, centred on the character created by Tom Clancy. It is, genre purists will forgive the simplification, a series straddling espionage, action and war, preferably atomic warfare. Needless to point out, the Americans and the CIA play the role of the good guys while, in order, the Arabs, Venezuelans and Russians find themselves on the other side.

So don't expect any hints of philosophical meditation or moments of intense romanticism: shootings, chases, break-ins, more or less targeted murders, and exflitrations on the razor's edge will instead be the most recurring situations, not forgetting the White House war room and the Kremlin dungeons. While not exaggerating in originality in the choice of dynamics and in the conclusion of the intricate events, always with a happy ending even if a step away from the apocalypse, Ryan's adventures represent for fans of the subject a pleasant expedient to spend a few hours in front of the TV, appreciating the nuances and the 'exotic' settings of many episodes. Which in this case revolve with a certain insistence around Prague.

Which is, as almost everyone knows, one of the most fascinating cities in Europe, so much so that even Laura and Tommaso (.... needs no further specification) have chosen it as the next destination on their wanderings around the world. Although the ever-increasing flow of tourists risks stifling the more easily appreciable areas, the city has a thousand and one secrets to unveil and corners to explore, perhaps looking for perspectives that have remained slightly out of sight or marginalised compared to organised tours.

Jack Ryan and the other protagonists of the series often wander, often running and with weapons in their fists, through the alleys and streets of the centre. Very often it is the Castle, as the seat of the presidency of the Republic, that serves as a backdrop, but there is of course no shortage of Charles Bridge and the Old Town Square. All effectively unavoidable landmarks during a visit, along with the Powder Gate and the Jewish Ghetto. But to which we should add a few “minor” stops. Such as the Italian Embassy, which is usually reached in emergencies, but which boasts a respectable monumental portal and overlooks an important street in the centre. 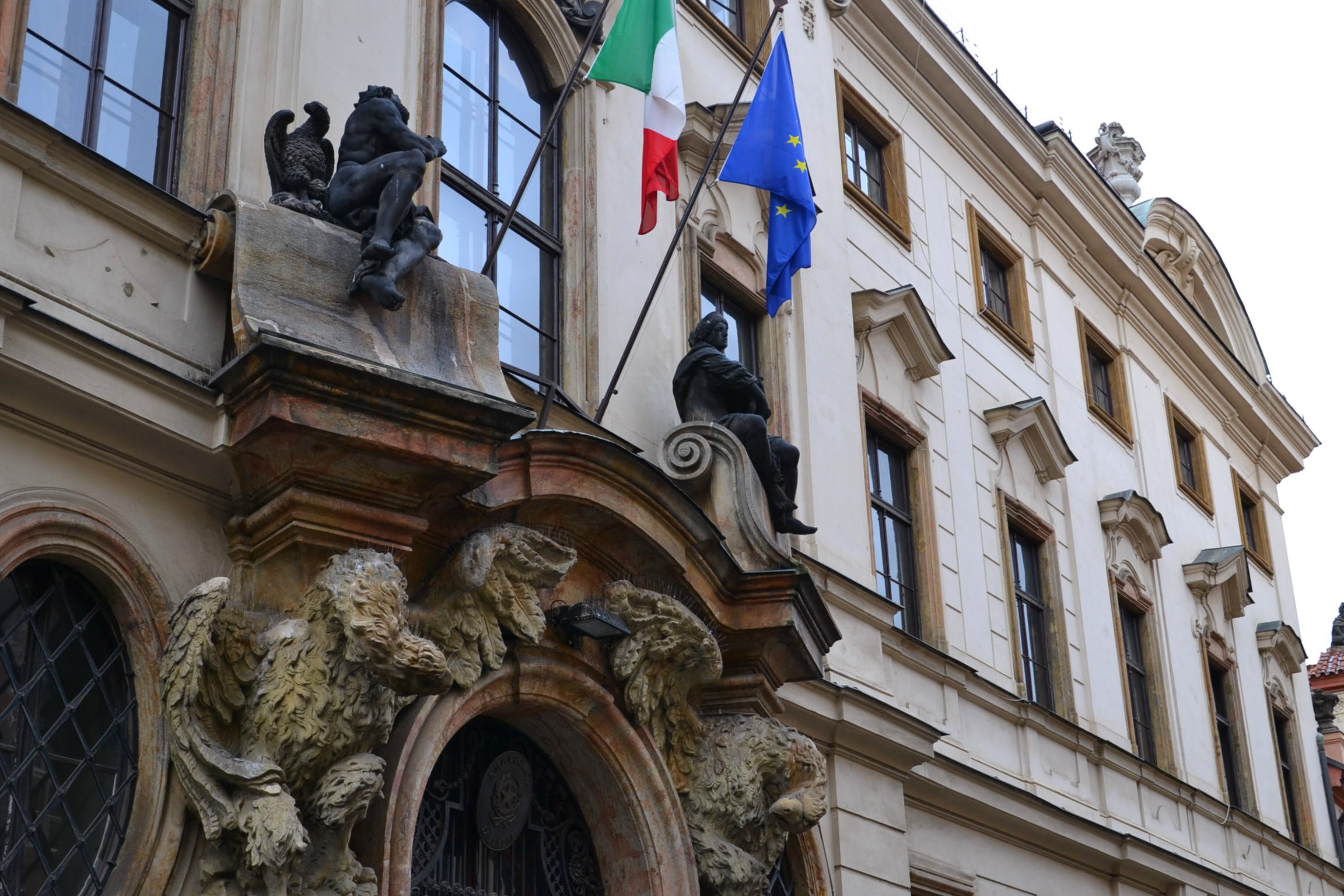 Or the vineyards that cover part of the Castle Hill, within which awaits Villa Richter, an elegant café-restaurant with an incomparable view. Not far away is the Petřín lookout tower, which can be reached by the convenient cable car from the public gardens at the foot of the hill, where there is also a monument to the victims of the regime. Just north of the funicular railway station, a visit to the Museum of Modern Art in Kampa and the island of the same name, which houses the large water wheel of an old mill, should be planned.

Heading south, however, those who want to get out of the city centre a little can indulge in an excursion to the fortified castle and medieval basilica of Vyšehrad to admire the museum, the secret passages and the vast underground passages. Once you have managed to see the stars again, you will return to Prague Castle as a reference point for your wanderings in the capital of the Czech Republic, which celebrates its 30th anniversary this year. 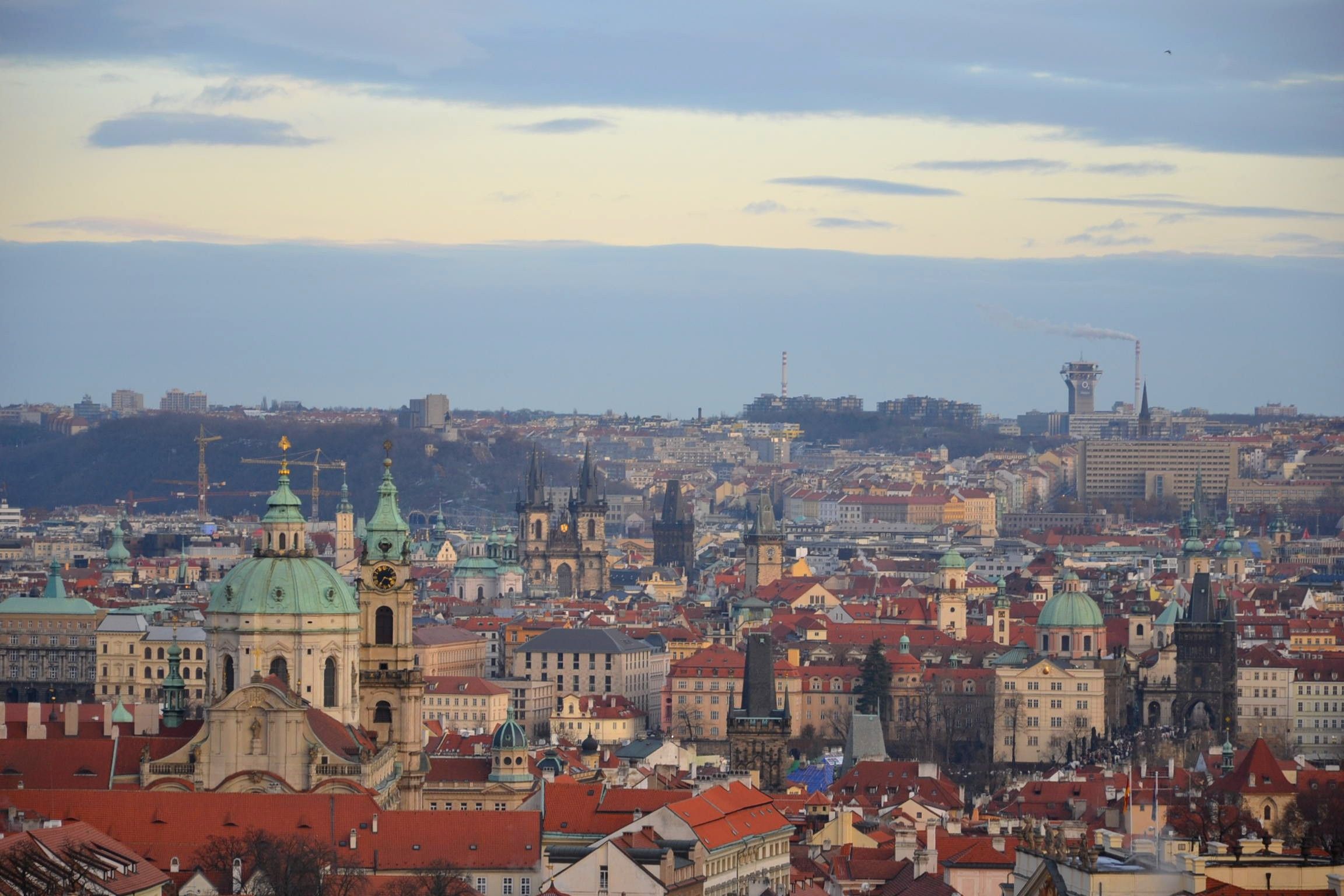 A rather small number of candles for a state (and a capital) with such a vast and unwieldy history, from the Defenestration of 1618 to the Spring of 1968, just to mention the best known events. And indeed, the thirty-year period refers only to the last part of the institutional arrangements of these quarters, that is, since the Parliament of Czechoslovakia decided on the dissolution of the Federation and its subdivision into the Czech Republic and Slovakia, as of the first of January 1993.

Events that, explains the Treccani, go back a long way: in 1918, Czechoslovakia arose from the ashes of the Habsburg Empire, uniting Czechs and Slovaks, as well as some minorities of Germans, Poles and Ruthenians. In 1938, Nazi Germany invaded the regions inhabited by Germans and occupied the entire country the following year. At the end of World War II, Czechoslovakia became a communist country, but in 1968 it was invaded by the USSR due to an attempt to liberalise the regime. After the collapse of the Union in 1989, the Czechoslovaks began the transition to democracy but socio-economic difficulties exacerbated the old quarrels between Czechs and Slovaks, which led to the decision to secede.