Watershed between Abstract Expressionism and the current Color Field

Within the American art scene of the late twentieth century, in an environment dominated by men, the expressive art of Helen Frankenthaler blossoms, a New York talent who will see her fame rise in the 1950s.

Destined to enter the annals of art history as one of the great exponents of Abstract Expressionism of the Second Nineteenth Century, Frankenthaler's pictorial corpus deeply impacted the world of contemporary art, in a continuous creative expansion destined to last almost six decades.

In 1952, Frankenthaler's voice was confirmed as one of the most important of the time with the creation of Mountains and Sea, a work that will be defined as the watershed between Abstract Expressionism and the Color Field.

Formed in Expressionism but guided by an overwhelming creative force, Helen Frankenthaler pours diluted paint directly onto a rough canvas placed on the floor of her studio, subsequently working on the laid material.

The result is a revolutionary work defined by a strongly evocative connotation and a tendency to experimentation that will accompany the American artist throughout his life. Frankenthaler's will, in fact, be one of the pivotal voices of a period in which the artist's emotional interiority is represented and exasperated through the use and combination of different pictorial and plastic elements, in a reinterpretation of the early German pictorial tradition. century. 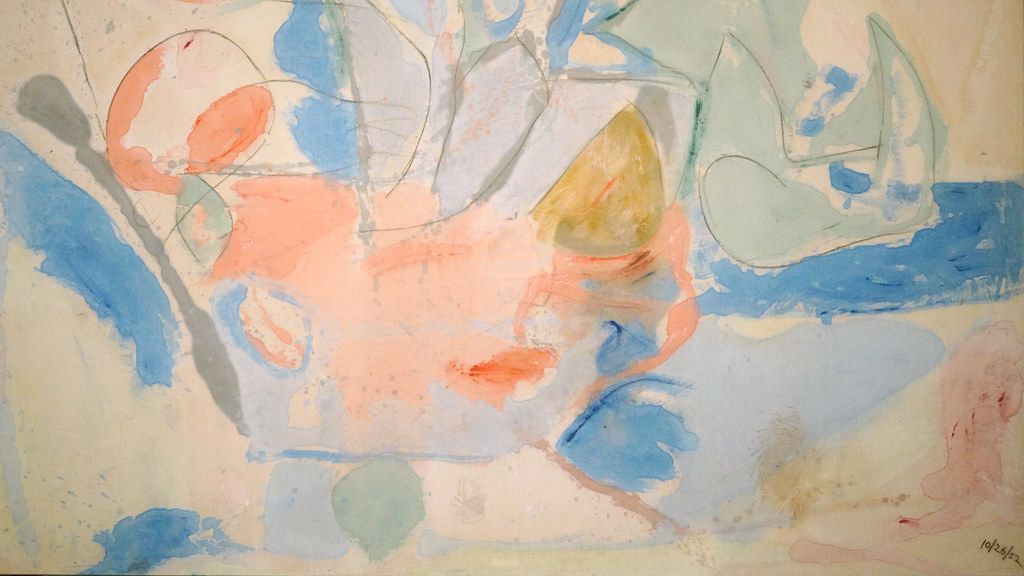 Starting from 1959, Frankenthaler's prominent role in the contemporary art scene began to be recognized thanks to his victory at the Première Biennale in Paris, arriving then in 1966 to represent America at the 33rd Venice Biennale together with Roy Lichtenstein.

In 2013 the Helen Frankenthaler Foundation, established by the artist herself, became active moved by  willing to both keep alive Frankenthaler’s iconic legacy and as a bridge to connect the greater public to the understanding of the visual arts environment.

The Foundation maintains an extensive collection of her work in a variety of mediums, as well as her collection of works by other artists and original papers and materials pertaining to her life and work.