The trend that goes beyond aesthetics

Who among us has never been to a concert?

The queue outside the stadiums, the endless waiting under the stage, the raised hands, the loud singing and the satisfaction of having the official t-shirt chosen among the many present in the stalls. The nostalgia for concerts and the light-heartedness linked to them is now more than ever part of ours everyday life and perhaps, precisely this nostalgic sense, has made the Concert T-shirts a garment of trend.

In 1968, in San Francisco, Rock producer Bill Graham founded Winterland Productions, themother of the Concert T-shirt. Through the screen printing technique, at that time used for the shirts, the name of the singer or band was printed on the front of the shirt, while on the back dates and places of the Tour.

Initially they were used by bands in small towns, then from global rock stars, up to spreading to Pop, Rap concerts and international DJs. The Winterland Productions boasted hundreds of productions including t-shirts for Jimi Hendrix, Madonna and many others, until closing in 1997. 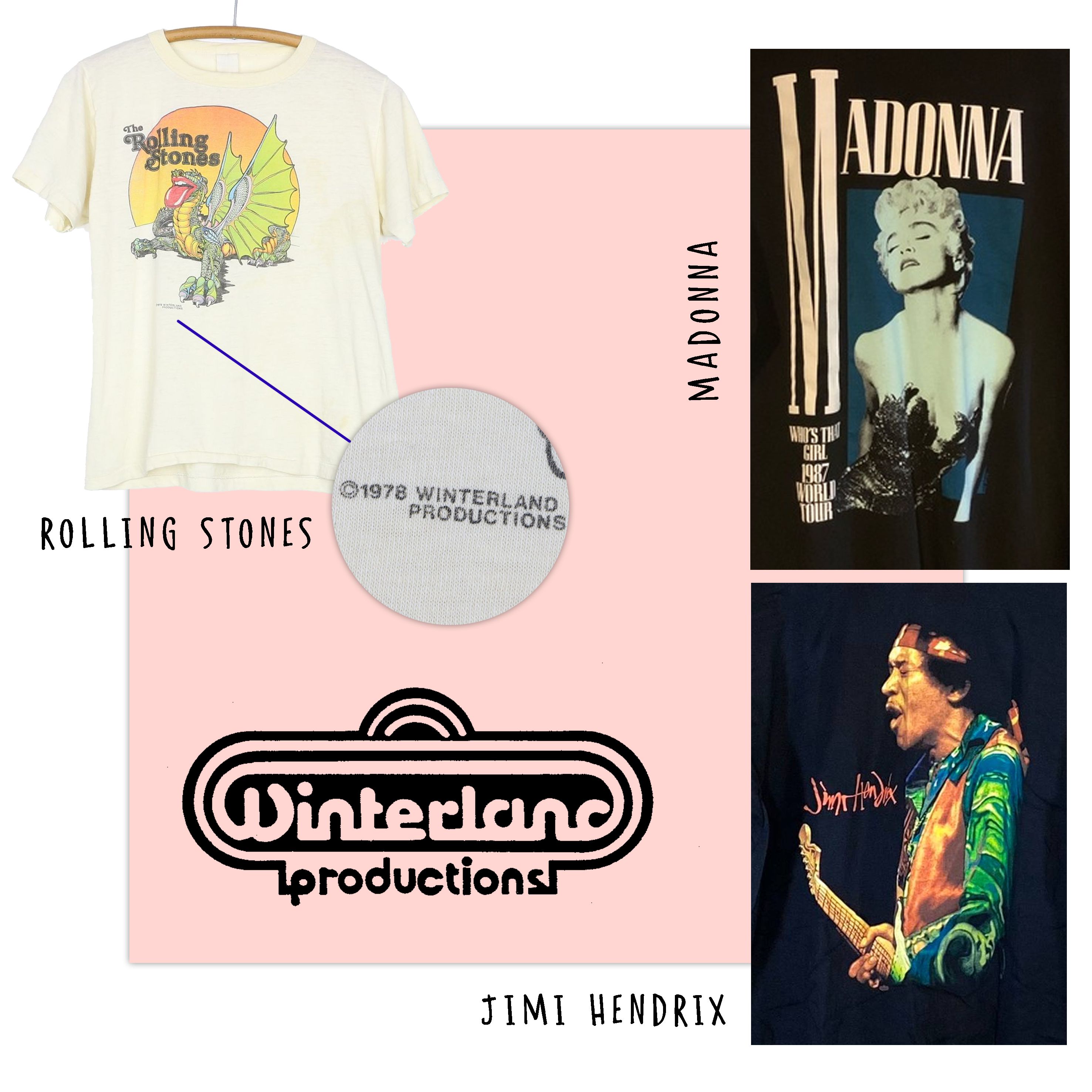 After Winterland Productions closed, music stars around the world were hearing the need to have the custom T-shirts. They had become so important that they determined the the success of the concert and the credibility of the singer.

Each tour and each Festival began to produce their own T-shirts for fans to wear, until they became a fashion item even outside the musical context. More and more people used these T-shirts to express their declaration and the testimony of their presence at concerts and events of political and cultural value 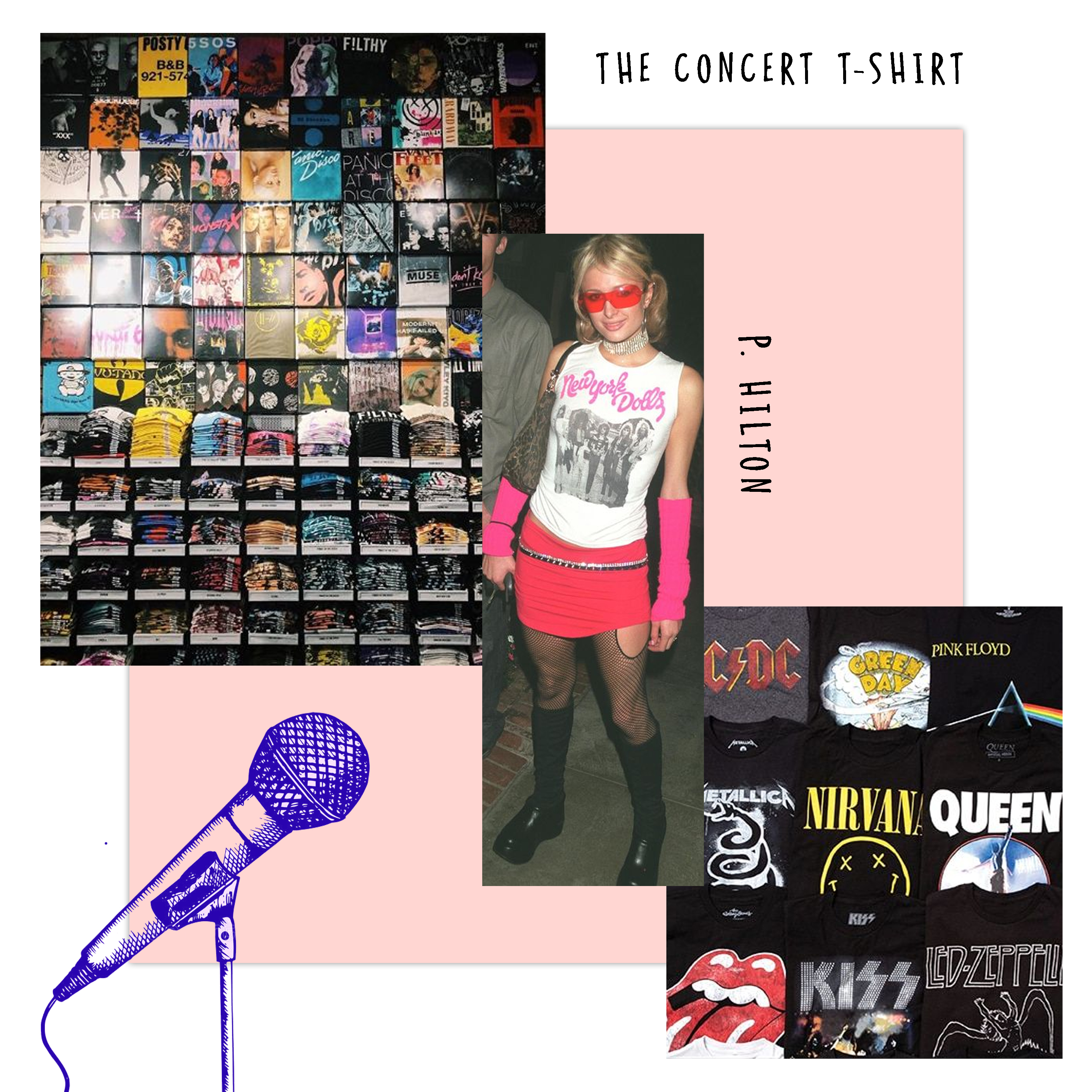 Today the Concert T-shirts are even more popular, in the hope of being able to jump and sing again under the stages of the whole world. To celebrate the musical world, which has been standing still for more than a year, global stars and influencers wear Concert T-shirts to convey a message of support towards this sector, more and more ready to start over.

Dua Lipa was the first to create Studio 2054, a Live Streaming concert divided into 4 dates a support of the Future Nostalgia album, whose tour was abruptly interrupted by the pandemic. Like any noteworthy concert, themed t-shirts can be purchased on its official website.

Justin Bieber posts the image of his wife Hailey Bieber wearing the Concert on Instagram Purpose Tour T-shirt showing how nostalgic it is to sing on stages around the world world.

Miley Cyrus also chooses to wear the Hannah Montana musical T-shirt, for the anniversary of the 15 years since the release of the first episode of the TV series that changed her life.

Finally, last but never last, Chiara Ferragni wears the concert-style T-shirt depicting her and Fedez, who has made a mania of Concert T-shirt by finding the most suitable one even for their little son Leone. 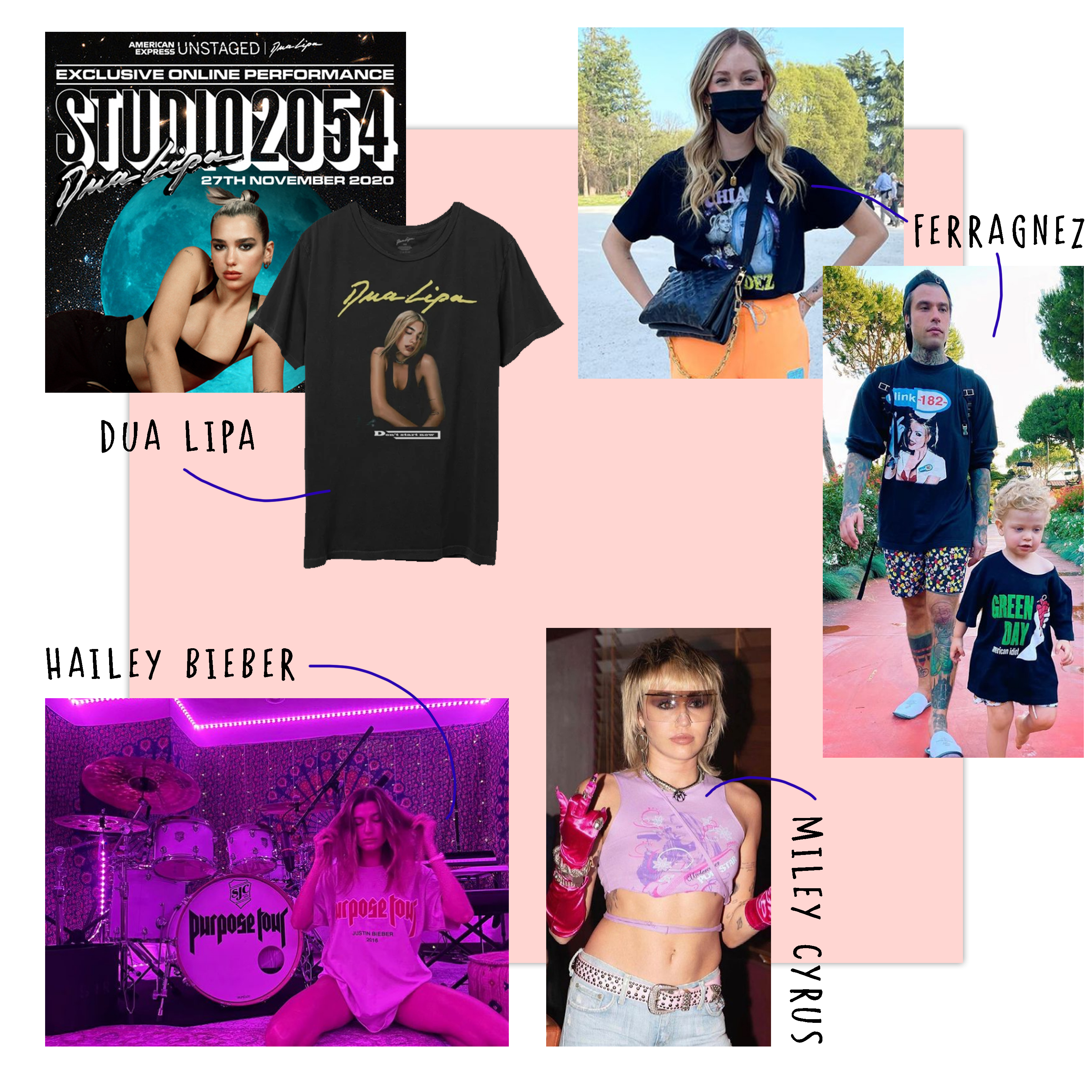