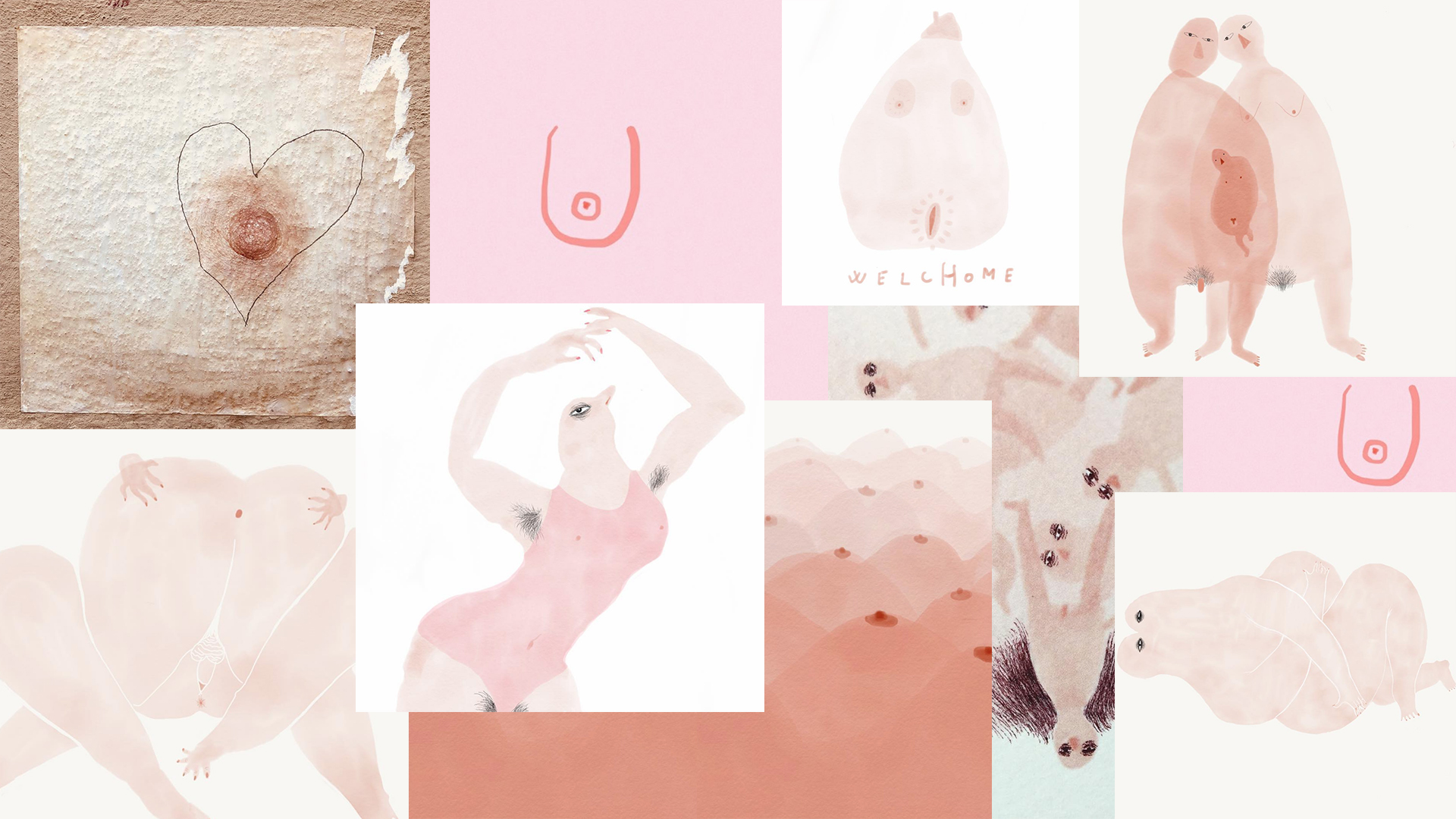 I loved her from her Instagram bio where she reads: "Belonging is something that does not belong to me", in addition, a card that plays in her favor, is to be a Savoy just like me. Which leads me automatically and inevitably to love it.

Ilaria Clari, born in 1985, artist, activist, lives and works in Turin. She is able to illustrate sexuality naturally, putting anyone looking at his drawings at ease.

Her illustrations, created almost exclusively with the watercolor technique, allow us to catapult ourselves into the human soul, be it woman or man, and make us understand our universe, but above all, place ourselves in relation to our sexuality and the way in which we perceive the our bodies.

Ilaria is able to make face the concept of nudity, especially the female one, and to try to make those who look at her designs realize how much our mind and society have a strong closure towards free nudity and sexuality. We are often led to have difficulty relating to our body. We often fail to understand what we like.

Ilaria makes us understand that they are only breasts, genitals and nothing more and that everything is much, much easier, than we build in our brains.

There are many illustrations by Ilaria, on the other hand, which fully represent the desire for freedom and to free the concept of sexuality and nudity. Such as the "25 motel rooms project". A series of small depictions of sexual and amorous acts, represented in the form of small postcards in watercolor.

Scrolling through his feed it is impossible not to come across his ability to be able to tell the relationship of human beings with the world. There is something highly philosophical and psychological in his drawings and in the captions that accompany them. Each piece is able to empathize with the person who is watching it.

The theme of love is approached in a cynical and realistic way. One of his last drawings depicting the Loch Ness monster with his heart in his hands says: "Evolution will lead us to have long necks to increase the distance between brain and heart, and short legs to crush the genital organs".

The body, how it relates, the love life, sexuality, the cynical world, the social media, the people who populate it. Ilaria is able to grasp and convey with simplicity the evil and the melancholy that each of us sometimes brings inside.

I would not just like to thank Ilaria, I would like to hug her, shake her hand and tell her that people like her are needed in the world. I wouldn't just say that his is a sentimental pornography, for me what she does is anything but pornography, it's the life that every woman and every man lives, made up of insecurities, smiles and pains.

Dear Iaria, for me you are a healthy carrier of life!

Men are not only observers of childbirth and pregnancy, according to Alessandro Poggi

How to look at summer from the right perspective