Foulard: that's why it is the coolest accessory of the season!

The foulard is a must have accessory par excellence. The designers offer it every year by changing the materials, colors and patterns, to complete every type of look, from the most elegant to the most sporty. 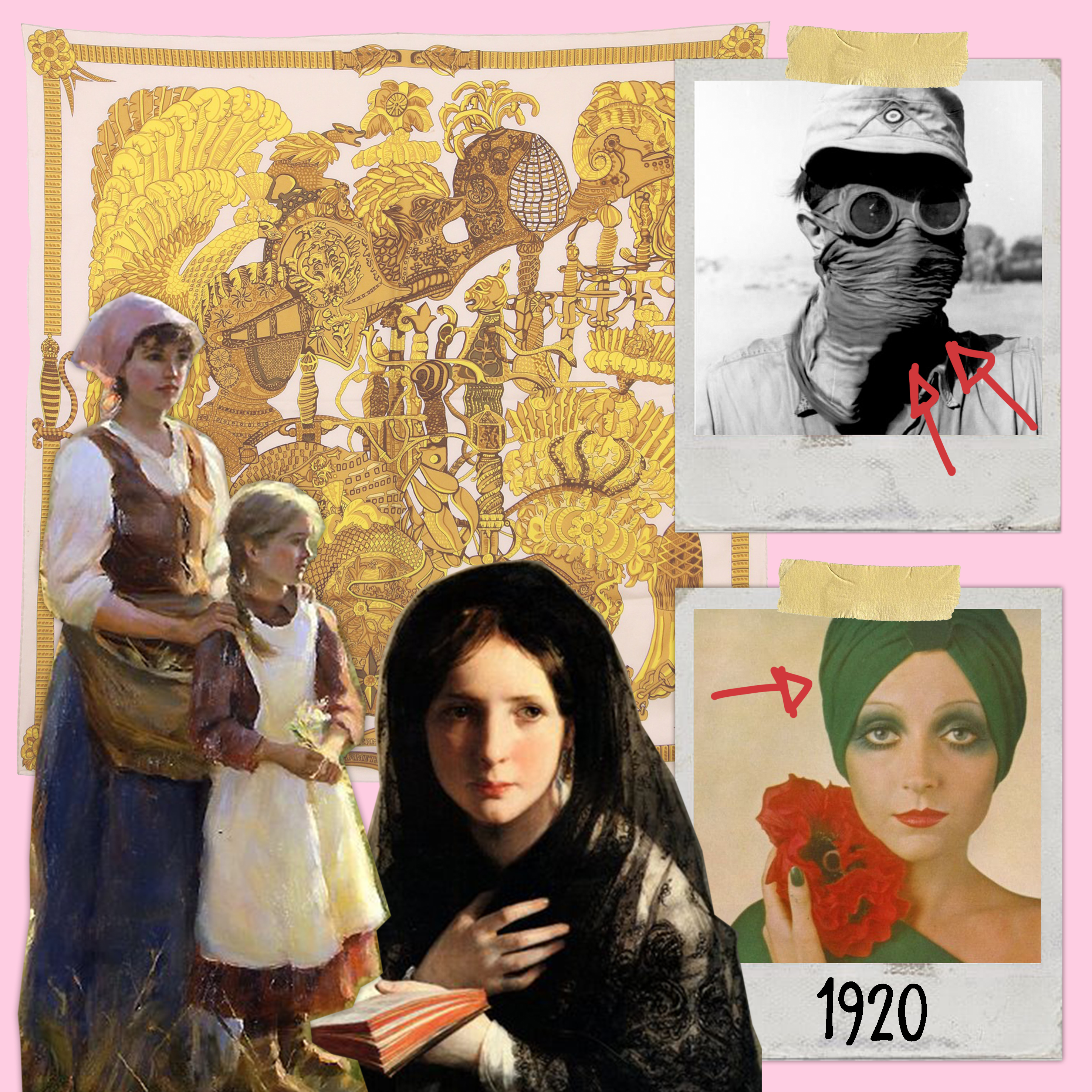 It has very ancient origins. The first testimonies come from 1000 BC. when light veiled handkerchiefs were carved on the faces of Chinese statues. Unlike the East, in the West we have to wait until the second century AD to find this accessory: during that period the soldiers, engaged in the war conflicts, used the foulard to protect their throats from dust and to diversify their rank and group. It was not the first and last time that this accessory was used to differ. In fact, with the passing of the centuries, the foulard got more and more consents until it became an accessory symbol of the status and the social class to which it belongs. Just think of its use in cultivated fields, where the laborers used cotton handkerchiefs to protect themselves from the sun, or during religious services, where men and women adorned themselves with veils of fine fabric or lace. 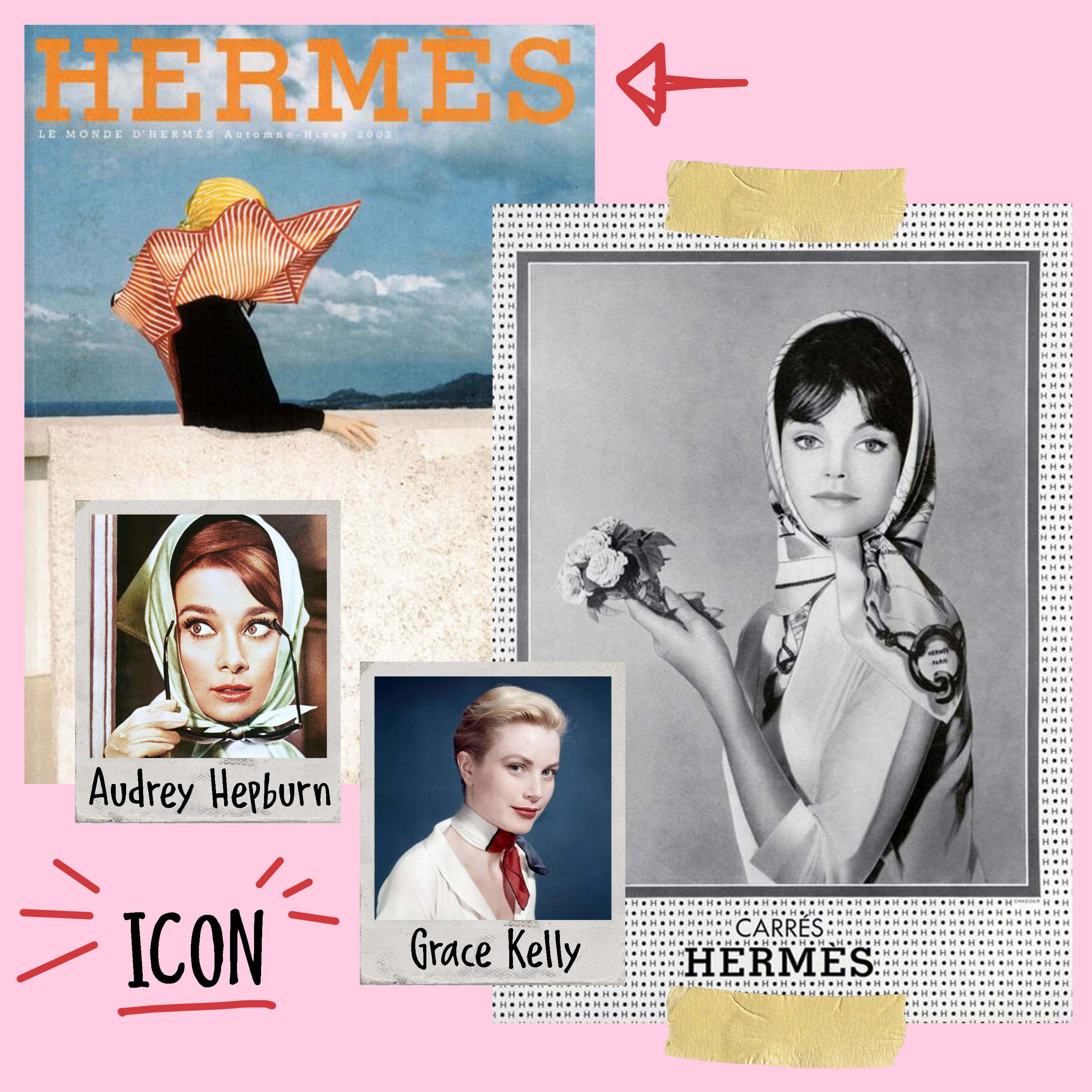 Over the years the foulard took on more and more functions: it was not only used to protect itself from the sun or to accompany hats but also to cover the shoulders, hide the necklines or decorate the neck instead of jewelry. Despite this, at the turn of the nineteenth and twentieth centuries, it disappeared and then returned to vogue in the thirties thanks to the Hermès maison. The Parisian fashion house created the carré, a 90x90 cm handkerchief that revolutionized the use of the foulard in the world of fashion. The boom of the carré of Hermès was so great as to influence the other high fashion houses to produce this type of accessory. Shortly after Gucci and Ferragamo in Italy, and Chanel and Dior in France produced refined lines of foulard that conquered the eyes of Hollywood stars and the hearts of fashion lovers.

Who is the real fashion icon in terms of foulard? 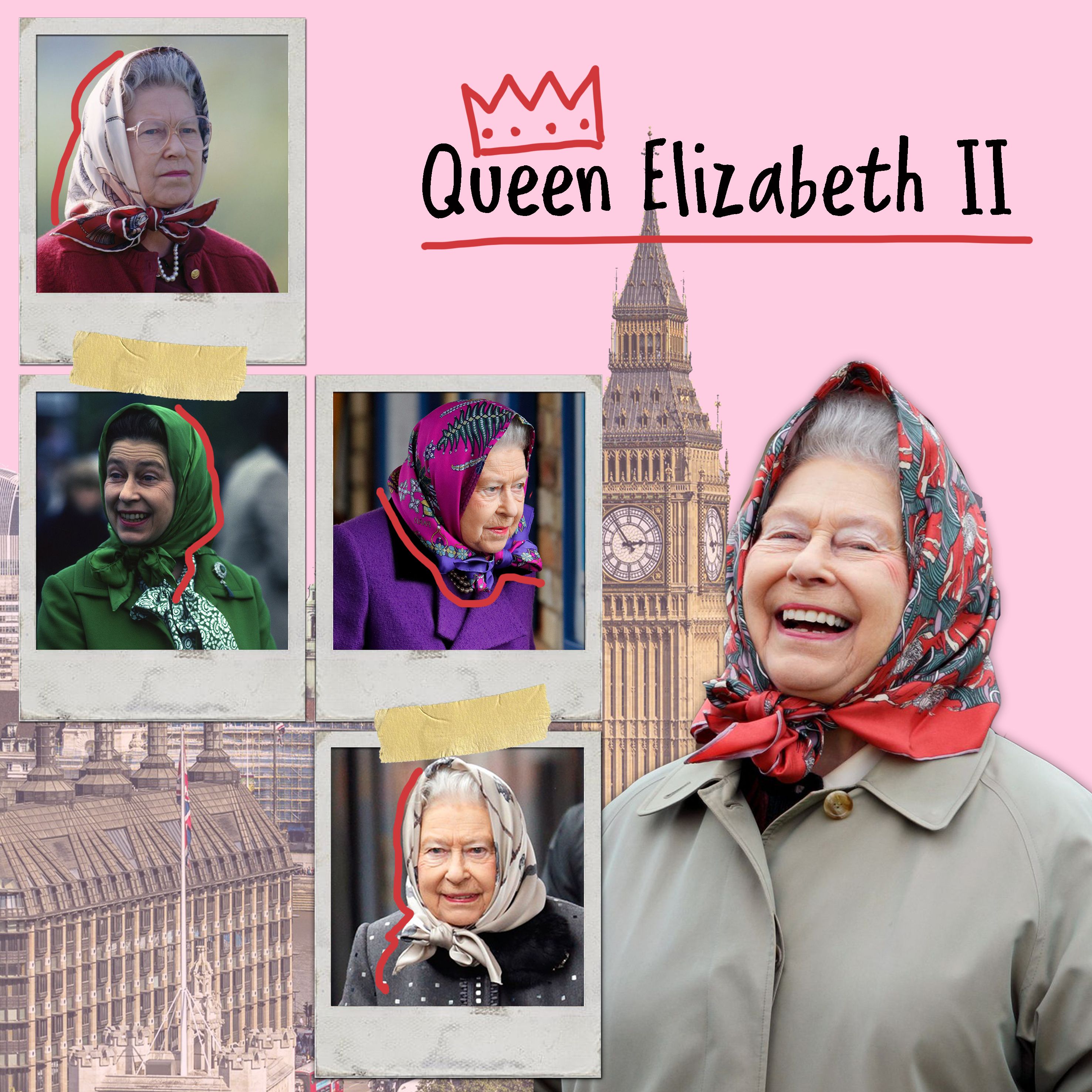 Hermès not only brought the foulard back into fashion but it also attracted the attention of Queen Elizabeth II, who collects it of all patterns and sizes. The French maison has dedicated collections and unique pieces to the queen, available only from her royal wardrobe: floral patterns and 1960s prints alternate with silks with iconic designs depicting her passions, such as the one with her beloved dogs. Her collection is vast and inimitable but one thing is common to all the pieces: the queen uses foulard only on unofficial occasions, strictly on the head and tied under the chin in Babushka style, a term that in Russia indicates grandmothers. Babushka mania has become a must have in recent seasons and surely Queen Elizabeth II represents its icon par excellence. Precisely for this reason we must also follow it in terms of combinations: its taste in choosing colors is 100% inspired, nothing is left to chance even its beloved carré. Who is dictating the law in the world of foulard?

The carré are becoming an increasingly popular trend both on the catwalks and in streetwear and for this reason many fashion houses create their style and their trend also in terms of foulard. Missoni proposes a gipsy style with its yokes tied at the head like a bandana: the dimensions are oversized, almost like foulard, the fabrics alternate silk with satin up to wool or cotton weaves, typical of the maison's workmanship. Gucci also stands out with its foulard, an accessory that has been present in the fashion house since the 1920s. To differentiate it from other brands is the inspiration, which draws on the historical archive of the maison by creating carré with a vintage soul and unique designs such as the iconic floral fantasy. Moncler differs in its materials. The shape of the foulard remains the same but instead of silk we find technical or waterproof fabrics, padded and rich in patterns. The dimensions vary from carré to carré but each product becomes a sculpture that completes the sporty look of the maison. Another brand that chooses the padding is Ienki_Ienki which incorporates the Babushka-style foulard and proposes it padded, making a classic way of wearing the yoke current without losing the vintage soul. Finally Emilia Wickstead, a well-known London brand known for its elegant clothes that combine tradition with modernity, in its latest collaboration with Jane Taylor London, producer of hair and hair accessories also for the royal family, has created foulard that wrapping around the head form a huge bow on the back giving an attractive look.