The lockdown has now exceeded 50 days and if cooking, drawing and playing sports no longer satisfy us, tanning has remained the main objective of the quarantine. Summer is almost upon us and we look out the windows, on the balconies or in the home garden, we welcome every ray of sunshine to have a nice complexion and absorb the good mood. Even this year, despite the restrictions, the time has come to pull the costumes out of the drawer!

It was 1946 when two bombs exploded on the Bikini Islands in the blue Marshall Archipelago, due to a test on the effects of the atomic bomb. It was perhaps that celestial water, the bursting green vegetation and the dream images that gave rise to the Parisian tailor Louis Réard the idea for a new garment, which many decades later determined the turnover of hundreds of companies in the world: the bikini. After taking over the family lingerie company, Réard looked around and noticed the lack of a functional garment for sunbathing. The swimsuits had already existed for some time but covered a large part of the body forcing women to roll up the fabric to tan more. In the same years Jacques Heim created the Atome, the first two pieces which, although advertised as "the smallest costume in the world", still covered a large part of the body. It was by reading those words that Réard had an illumination and created the Bikini, a costume made up of four triangles of fabric, "smaller than the smallest swimsuit in the world". 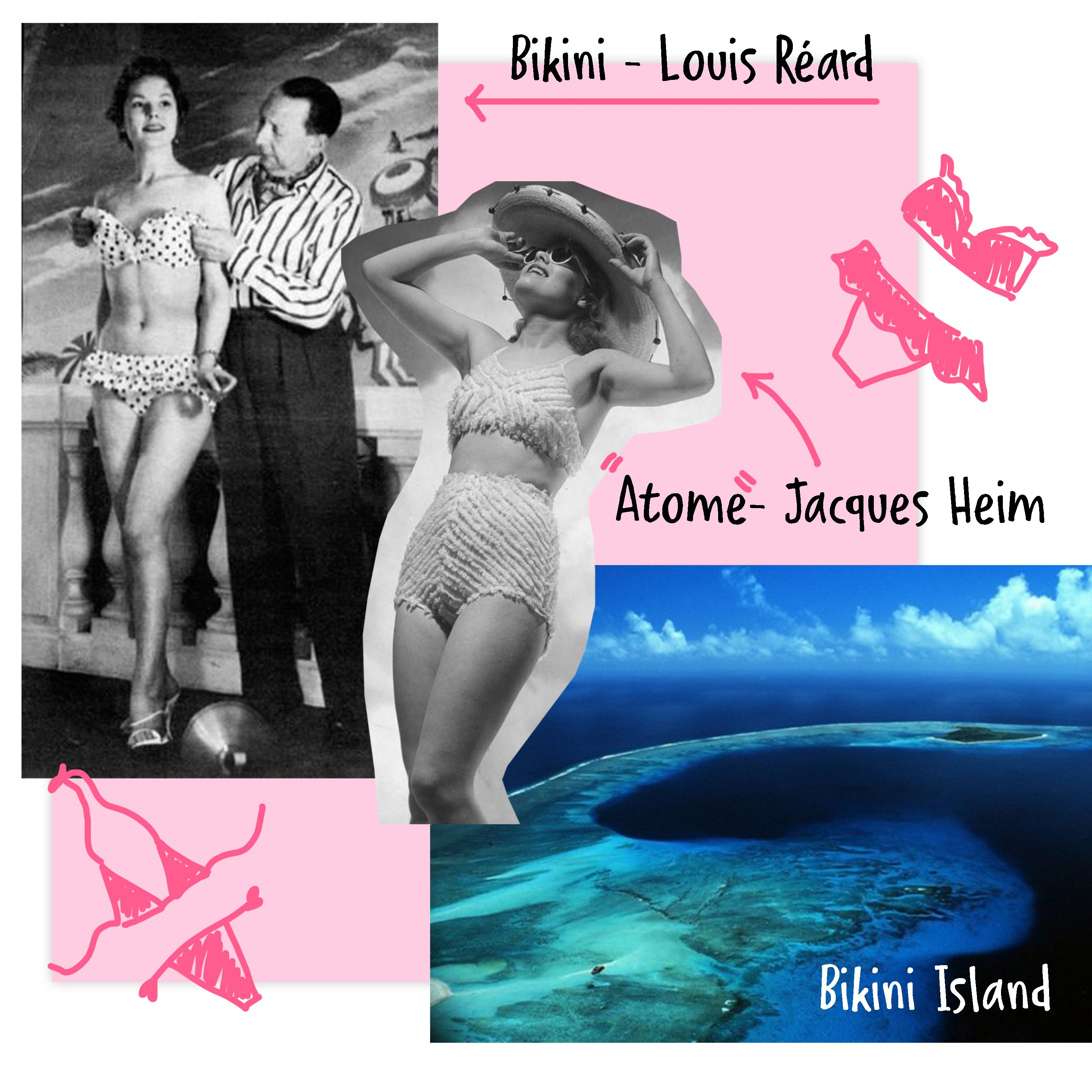 The bikini did not find a flat road ahead. From the beginning, Réard struggled to find models who wanted to wear it until one day he decided to hire a stripper from the Casino de Paris, Michelle Bernardini who soon became the bikini icon. Despite the great success and the perfect image of the model, women all over the world were held back in front of a garment that left them completely uncovered. The bikini was so bold compared to the time it was invented that several countries, such as Italy, Spain, Portugal, Australia, decided to ban it and the Vatican described it as "sinful". The road began to descend when in 1956 Brigitte Bardot wore the Bikini in the film E Dio creò la Donna, and to follow Marisa Allasio in Poveri ma belli and Ursula Andress the 007-Licenza di uccidere. The two-piece began to enter the homes of all women and no one was able to stop it: it became the symbol of the Pop Culture and sexual revolutions of the 60s, appeared in the most famous magazines of the time such as Time and Playboy and went up to date counting billions of turnover per year. 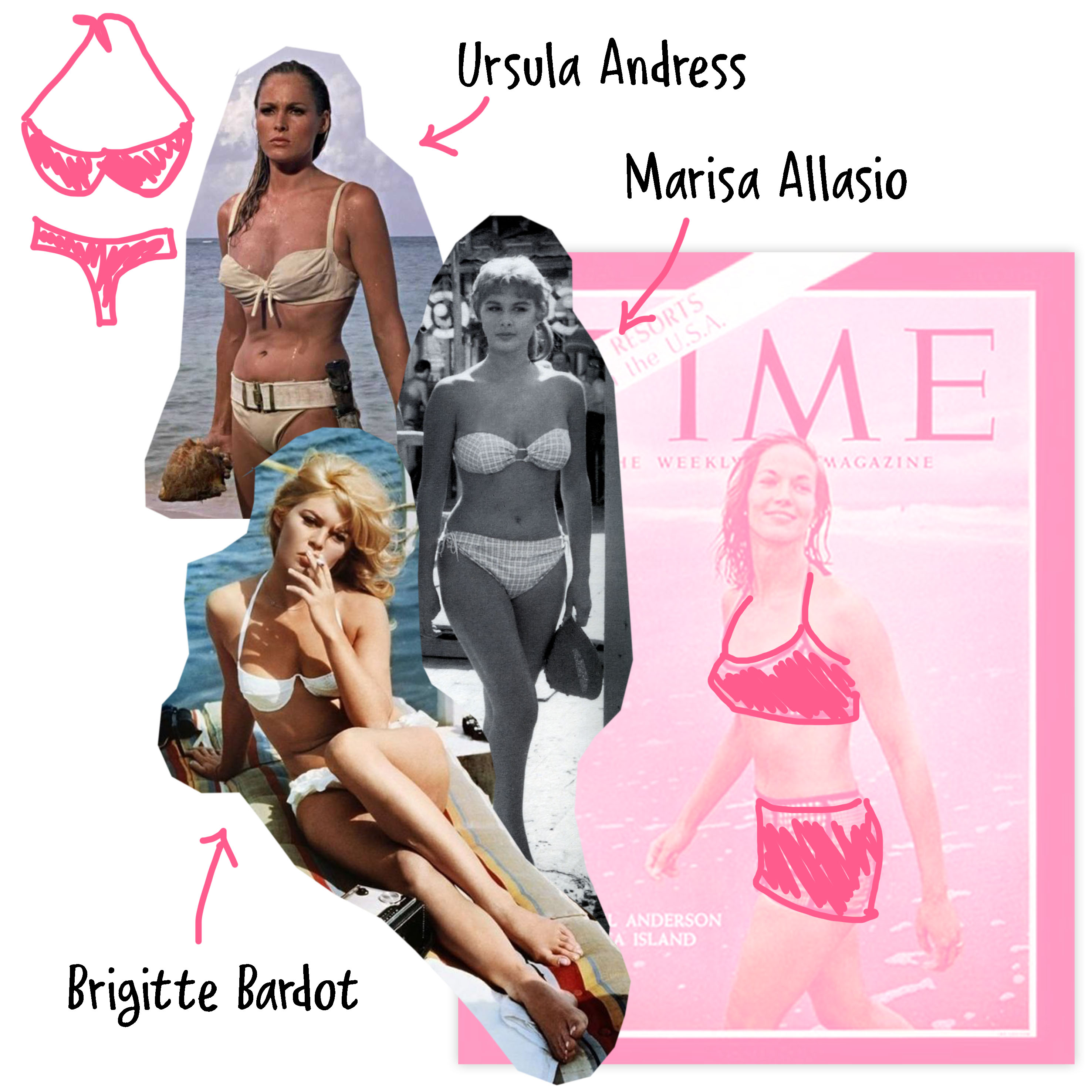 Returning to the present, what are the brands to keep an eye on for this summer?

Let's start with ACK, a 100% Made in Italy costume brand that promotes natural beauty: its teen-inspired costumes are made to embrace summer with color and light-heartedness, to have fun with your friends who are aware of themselves. Reina Olga's costumes have a more retro approach: in the latest collection, animal prints are combined with tropical prints, a perfect combo to show off on the striped beds of an 80s establishment while sipping a fruit cocktail. Mimì à la Mer, a Made in Italy brand with French elegance: in its costumes every element has its importance, from the choice of colors to the materials, from the patterns to the most meticulous stitching, each bikini is the perfect verse of its vintage poetry. Last but not least Oséree Swimwear and its haute couture costumes: elegant, sophisticated, passionate and romantic are just some of the characteristics of their collections. Oséree costumes are a hymn to women and a celebration of Made in Italy.

And which one will you choose this summer?

Casio Vintage, Throwback and nostalgia for the 80s

Independent brands and the rediscovery of the local