September is the beginning month, which begins, like everyone else with a new She Rules episode.

The protagonist is Benedetta Bruzziches, founder and creative mind of the homonymous bags brand.

Find out what she told us:

TELL US ABOUT YOU AND WHAT YOU DO IN LIFE.

I love September. It's always been the month when everything is done. And it always happens after the holidays, as a demonstration that serenity and celebration are necessary steps to complete a journey. September, the fashionmonth, for every Caprolatto, is first of all, the month of hazelnut harvesting. I love meeting my brothers in the street on the tractor, of the color of dust and going to visit them in the evening, in the bore to know how much they have collected that day. And I like to sleep with the window open, because they turn on a great fire every night, right here below, which, together with the choirs of crickets, reaches me up here with their voice, while I answer your questions. The clock marks 1:35, and silence has just subsided on the stage of my day. So I can finally admire it in its perfection, it’s never a day like any other. At this time I stop to think about those who live in my life. I’m full of joy for those who are there and I send greetings to those who are no longer there, I reply to the messages accumulated during the day and I send new ones to those who come to see me and I pray for everyone. This morning everything started with my mother. At 7:00 o'clock we were lying on my bed, an apartment after hers and we wrote together the menu for a wedding that will have to be made for an American couple.

Usually my day continues with Manù, my magical assistant, who brings me coffee straight to bed, because Manù is the best ambassador of awakening, nice and radiant as she is. Always there to remind me how diversity is but a nuance of uniqueness. Instead, this morning I slipped in a slip of white silk, bought at an auction E-bay and a pinstripe blazer that I made myself sewing by the tailors of Shanghai and ran against the time to the carpentry of my uncle Giampaolo, with whom I had an appointment at 9:00 am to go to Rome, in Via Condotti, at the home of such a Prince for whom I would have to translate from English, since my uncle doesn’t speak it. But I was late and he, as expected, didn’t wait for me! So in order not to lose one of the uncles more big-eyed that you could wish for, I activated the bat mobile in flash mode and managed to get to the appointment before him.

What a great adventure! A jump to Feltrinelli and I met Gaetano, my heart’s photographer, with whom around three o'clock in the afternoon I reached my plexiglass craftsman for the realization of the new variants and to order a large transparent table filled with slices of agate and with four showy brass columns instead of legs to put in the kitchen, hoping that my brother Agostino will never know how much I paid for it. Before returning home, we stopped by Annalisa, my friend of the IED times, also Gaetano friend who also became her photographer! Anna always pampers us, she is a wonderful mother and a precious and careful friend. We only came away because at 20:30 I had a dinner date with the classic’s classmates, who were miraculously all in the area on the same day!

So I arrived here, among the crickets and the fire’s voice to admire this masterpiece of the day, which I partly transcribed for you. 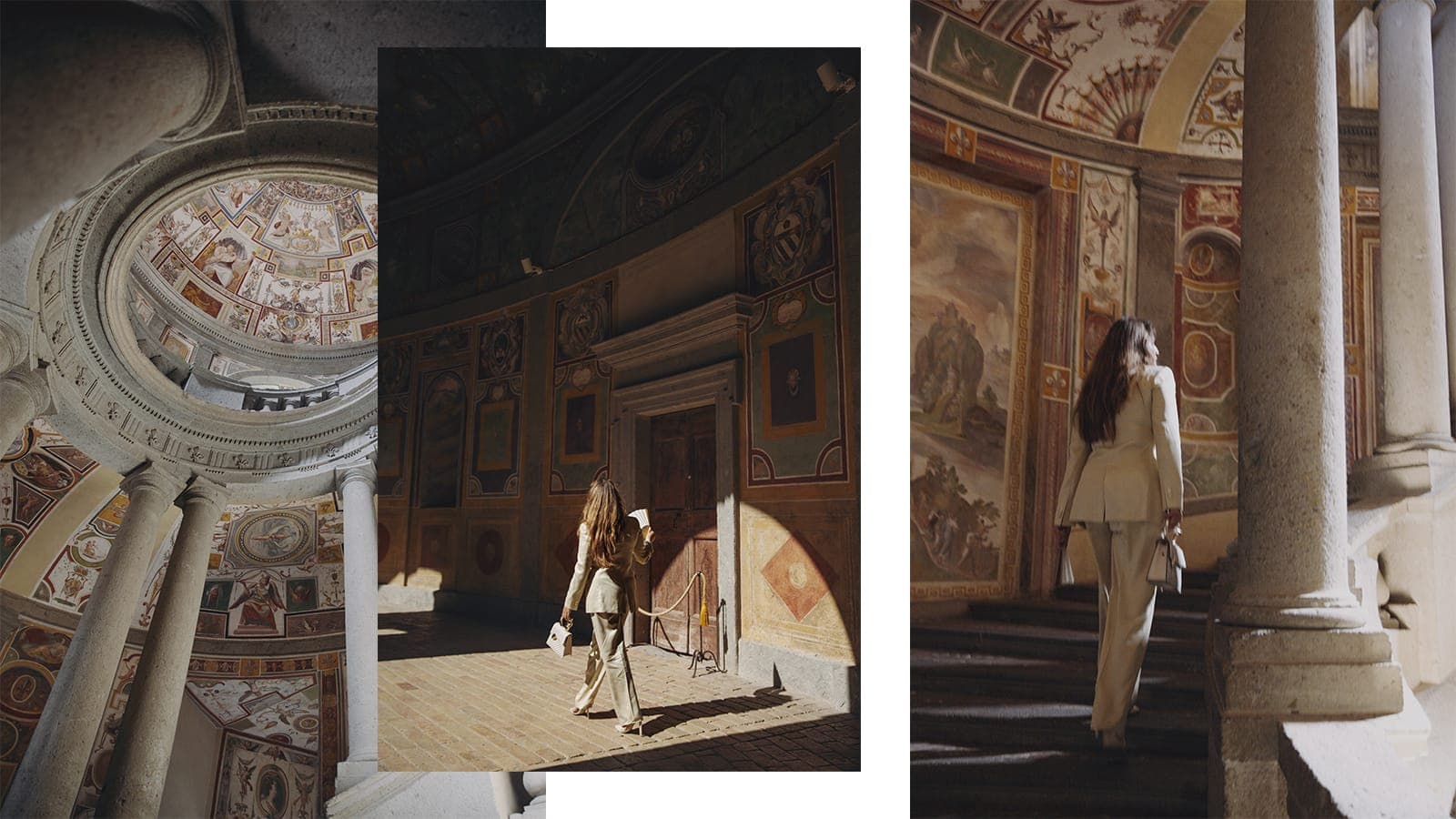 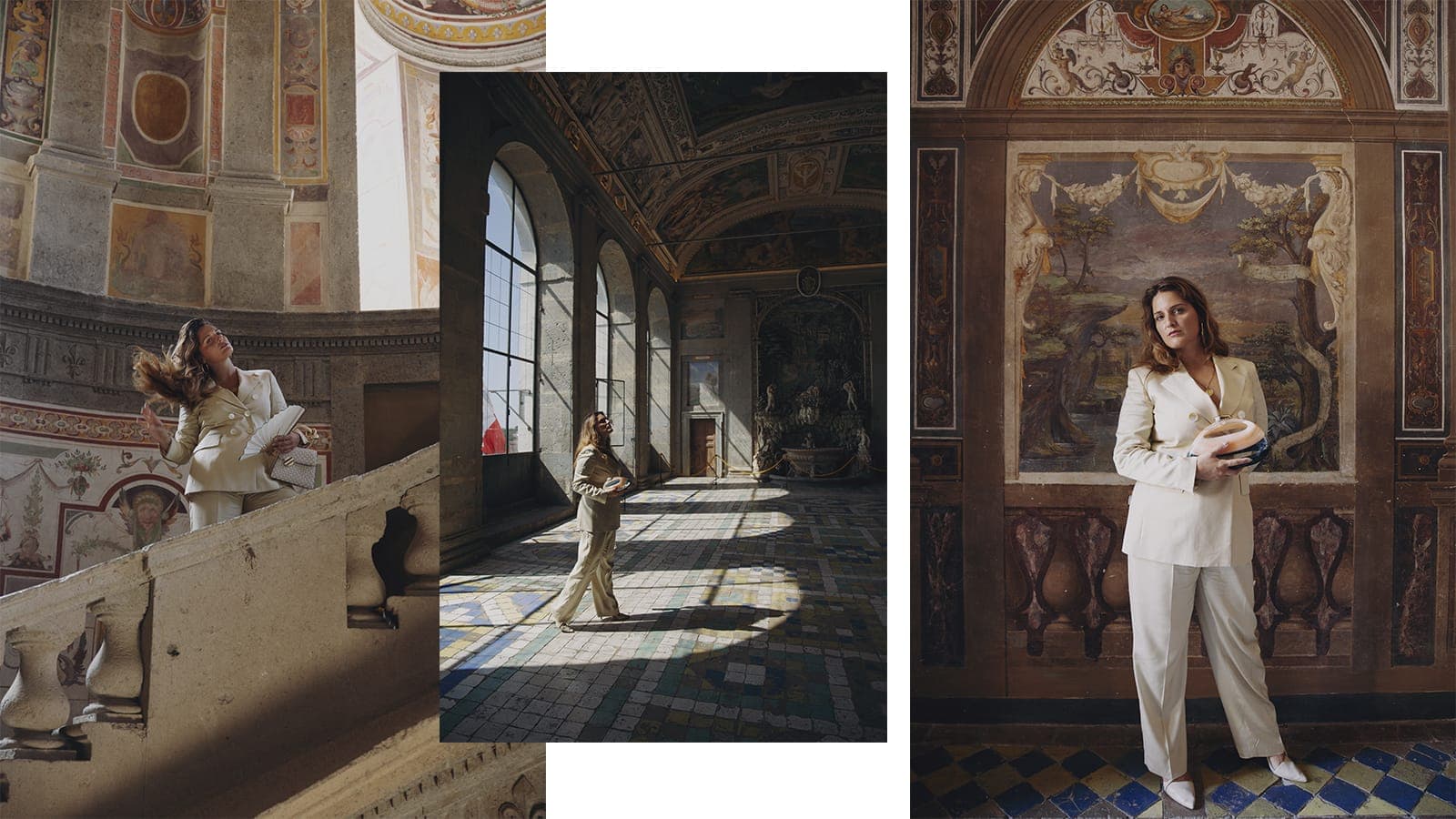 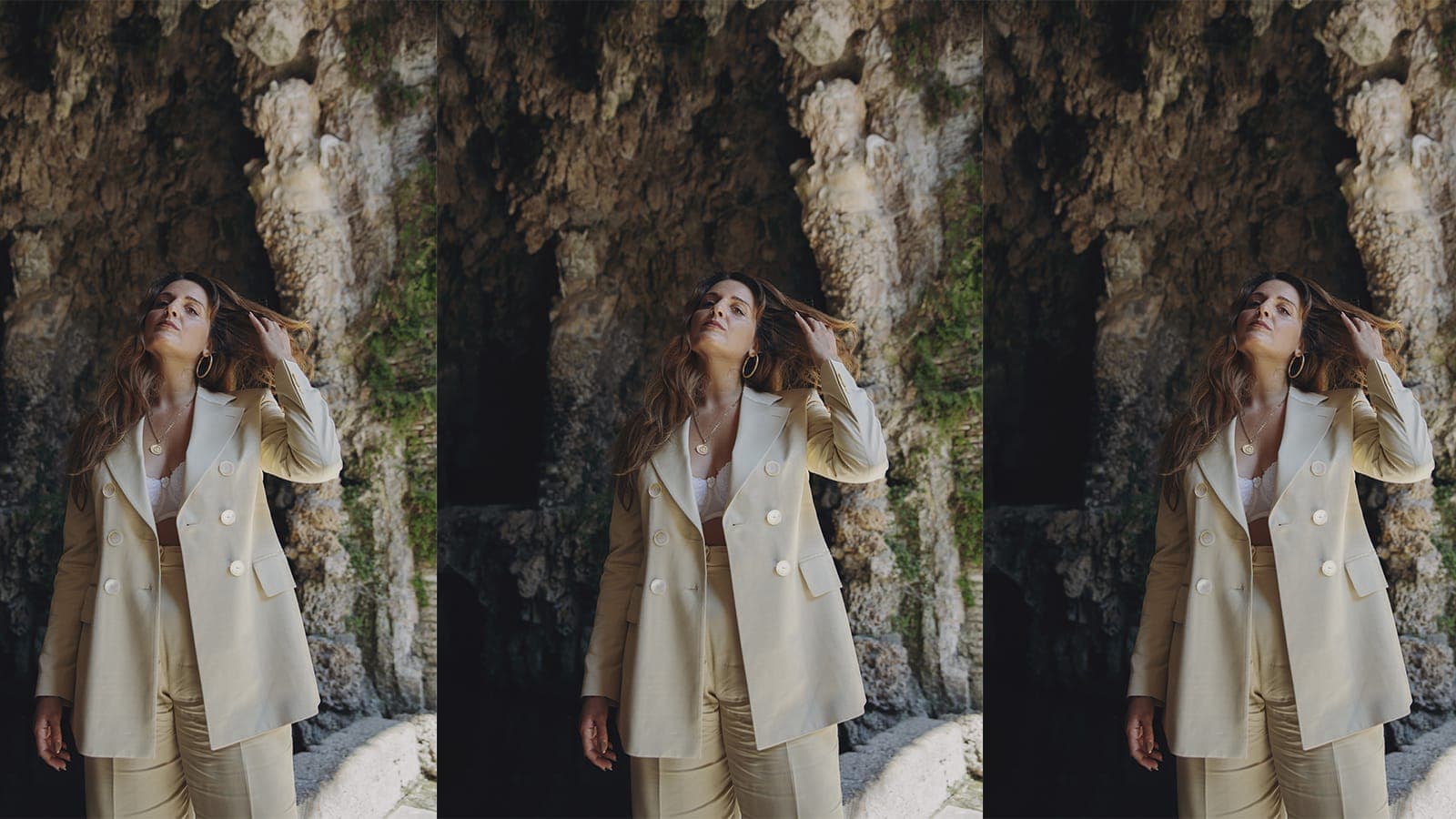 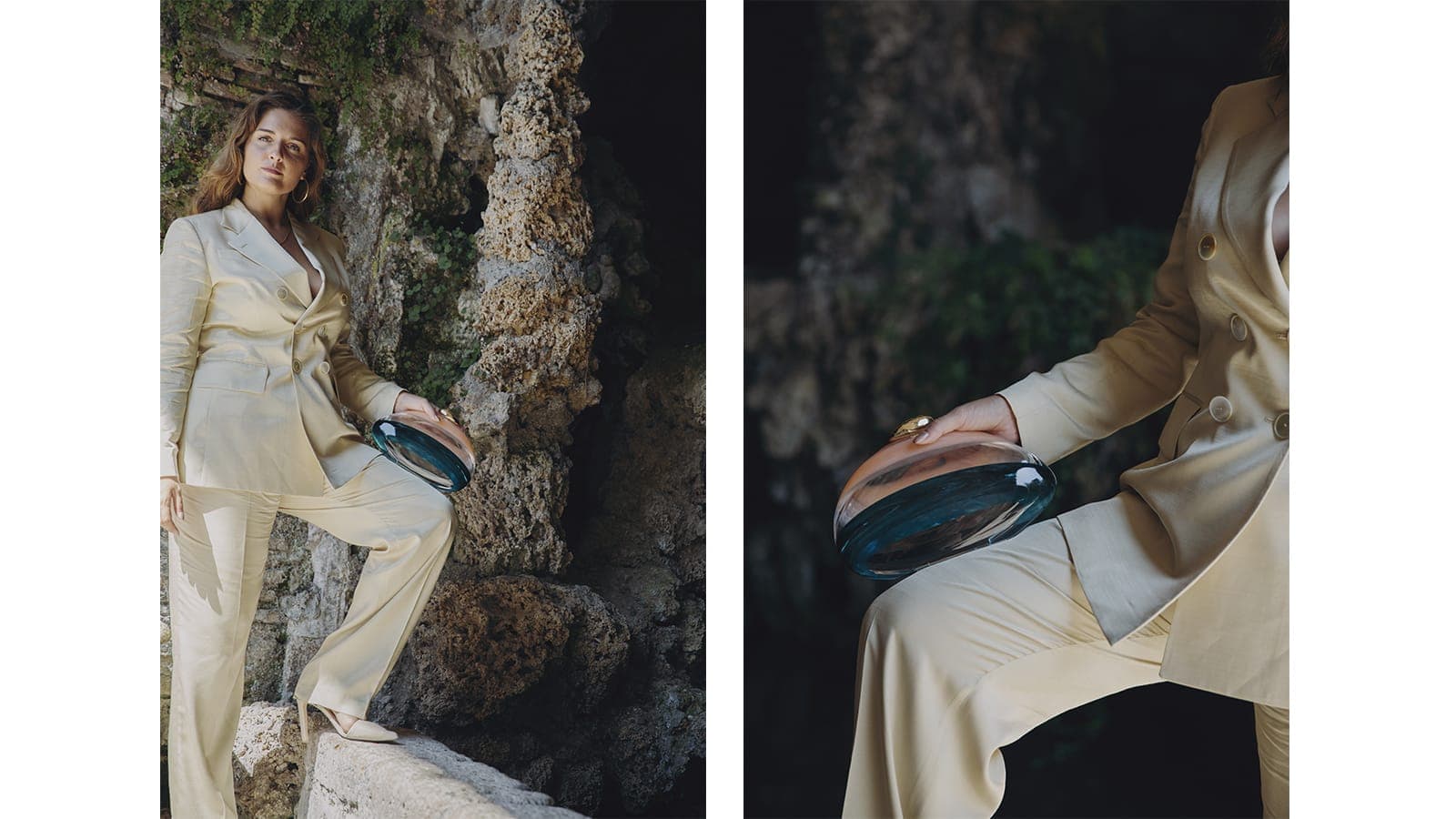 THREE THINGS YOU WILL ABSOLUTELY TAKE IN THE SHORTEST TIME POSSIBLE. 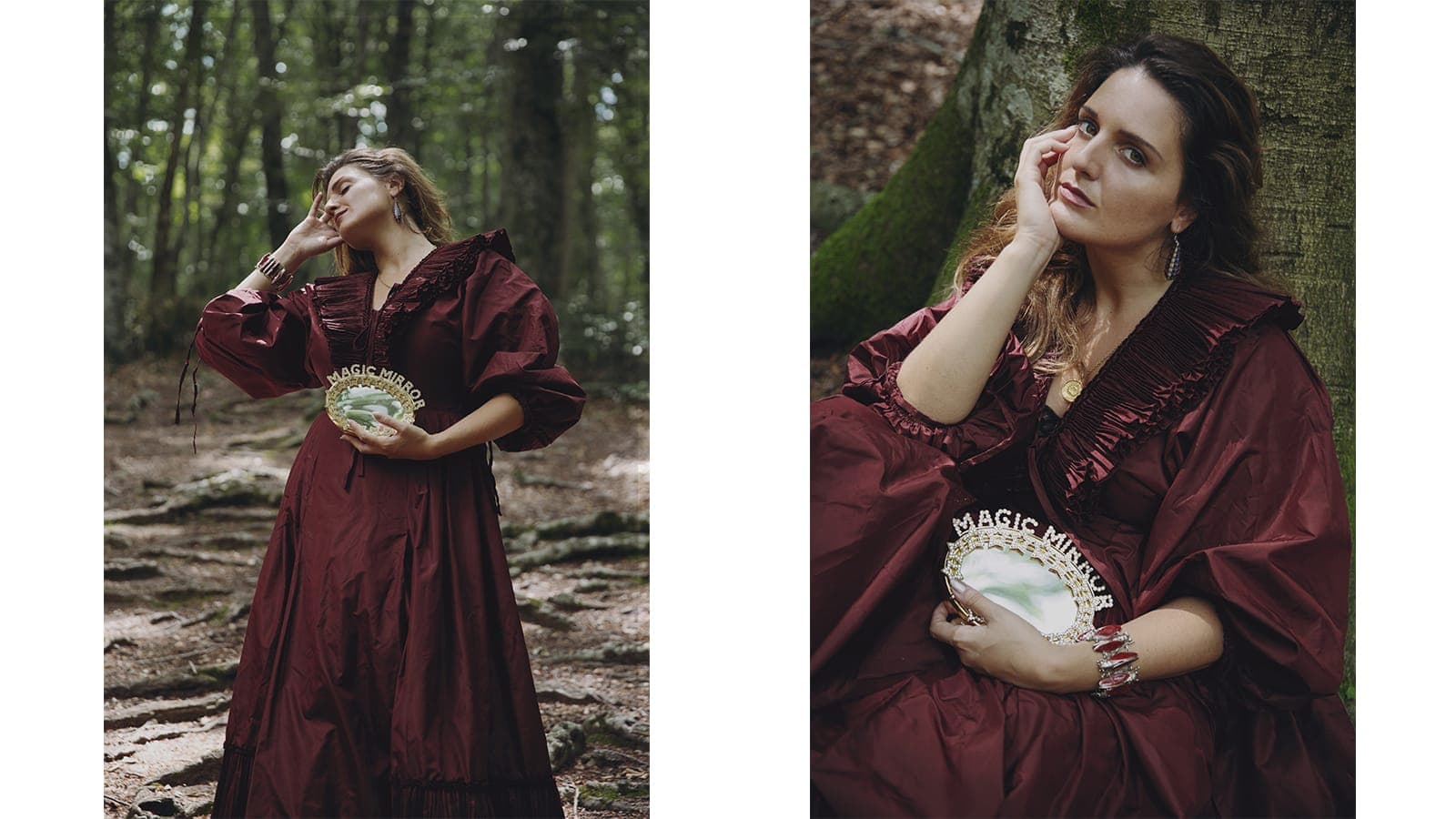 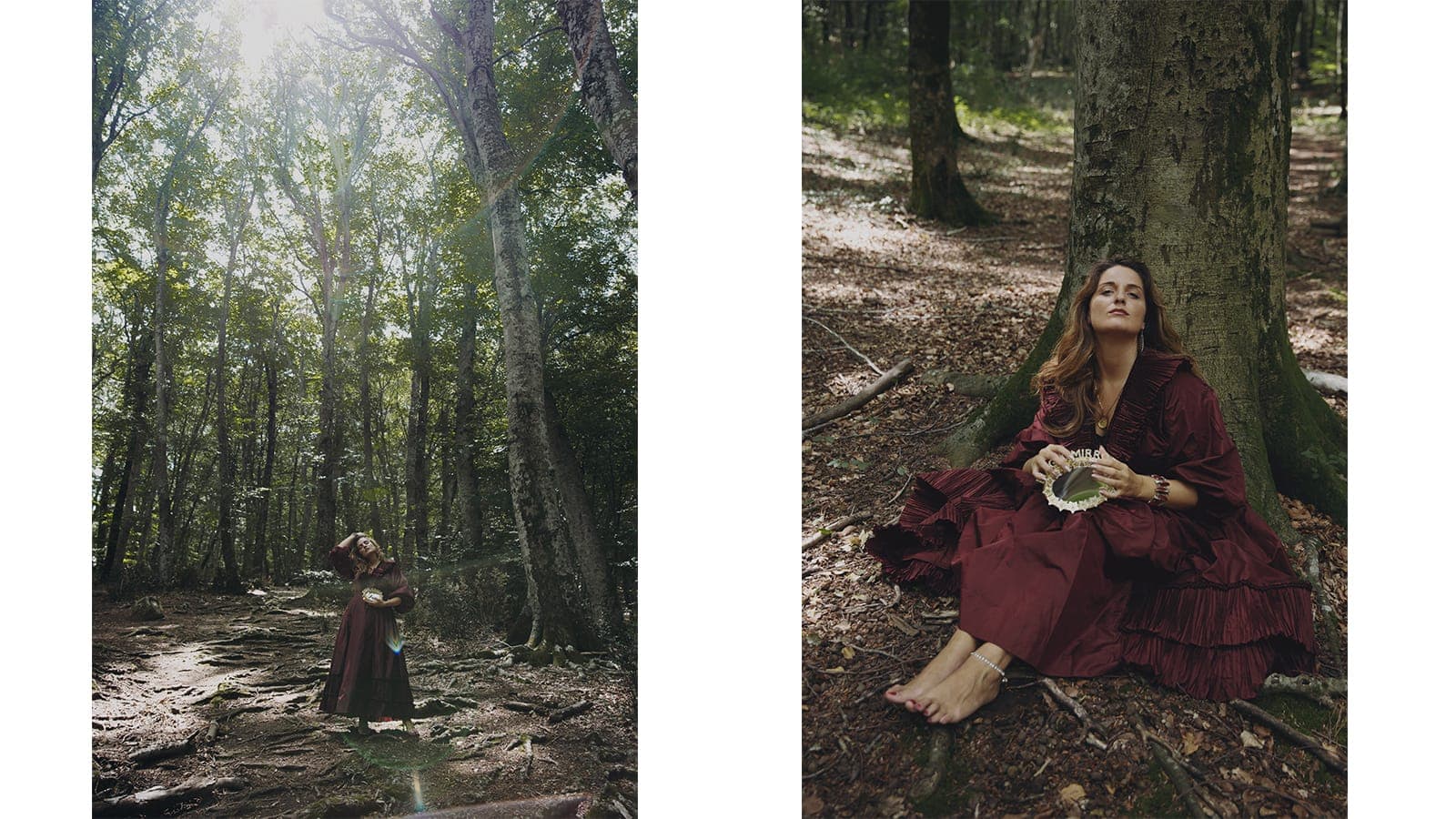 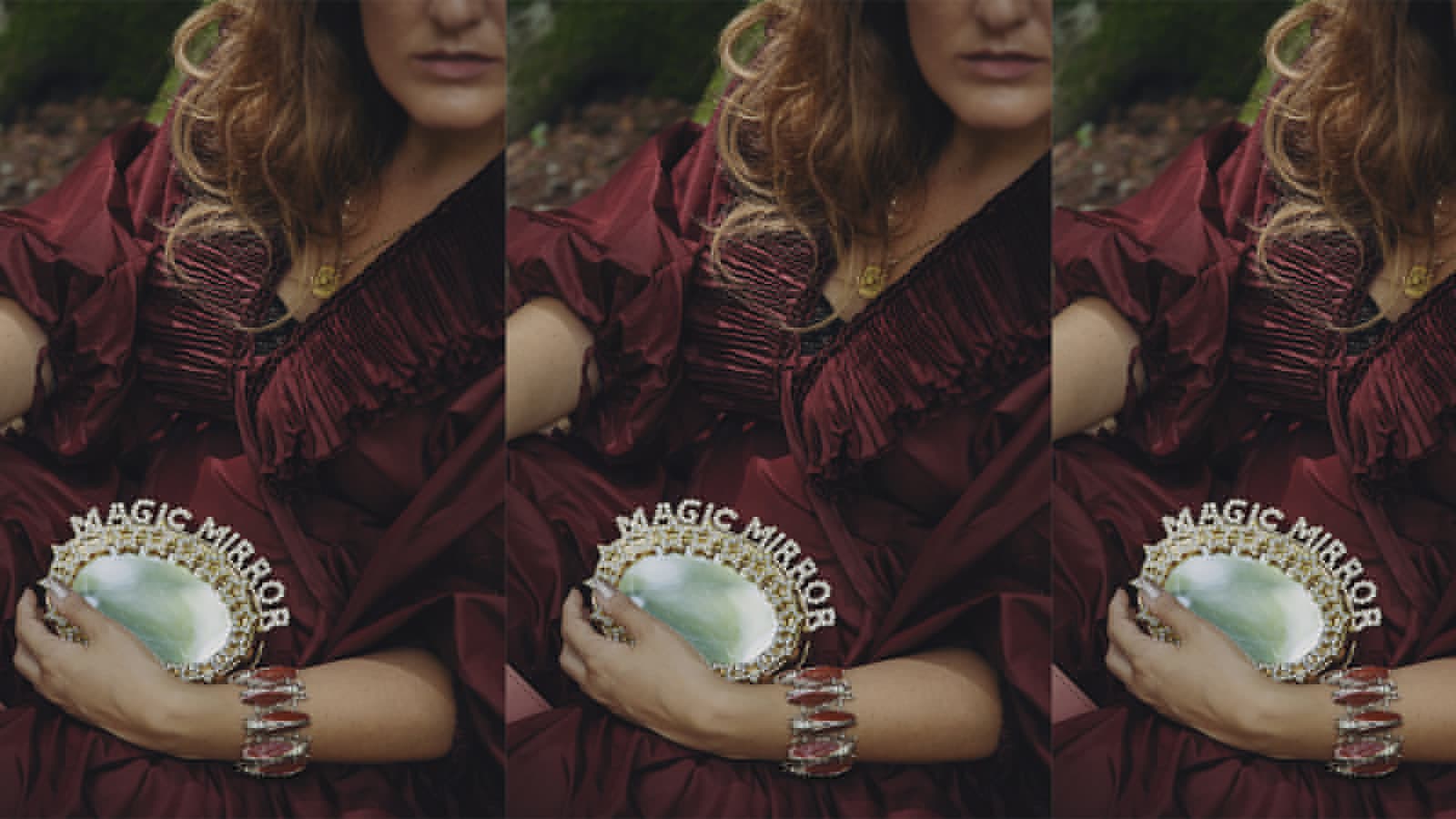 YOUR MAIN SOURCE OF INSPIRATION?

Life, in its most volatile and changeable nuances, those that you can notice only if you are totally immersed.

The one that best knows how to preserve the woman's intimacy.

HOW DO YOU SEE YOU IN A NEAR FUTURE?

Pure, free and in love. 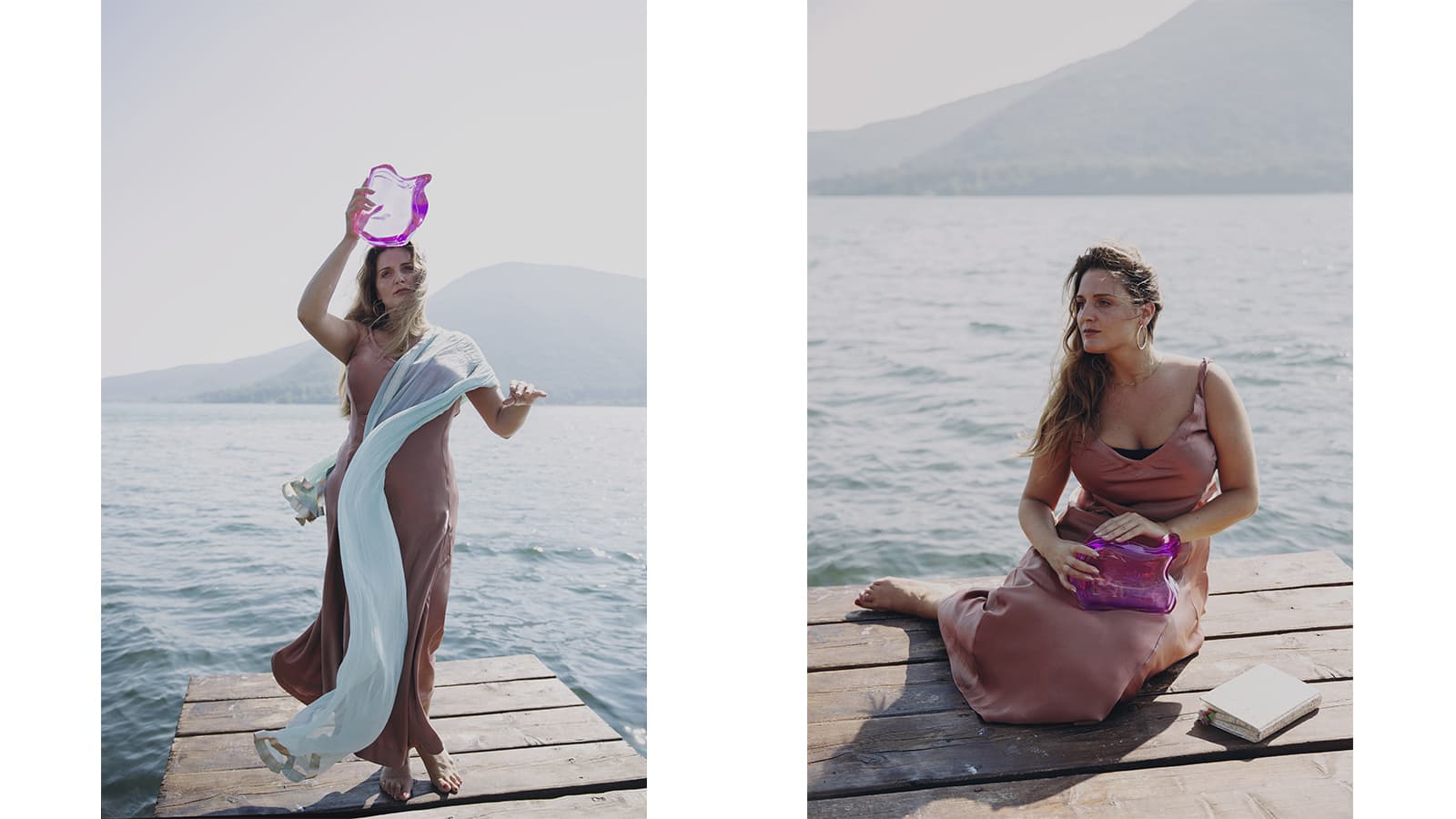 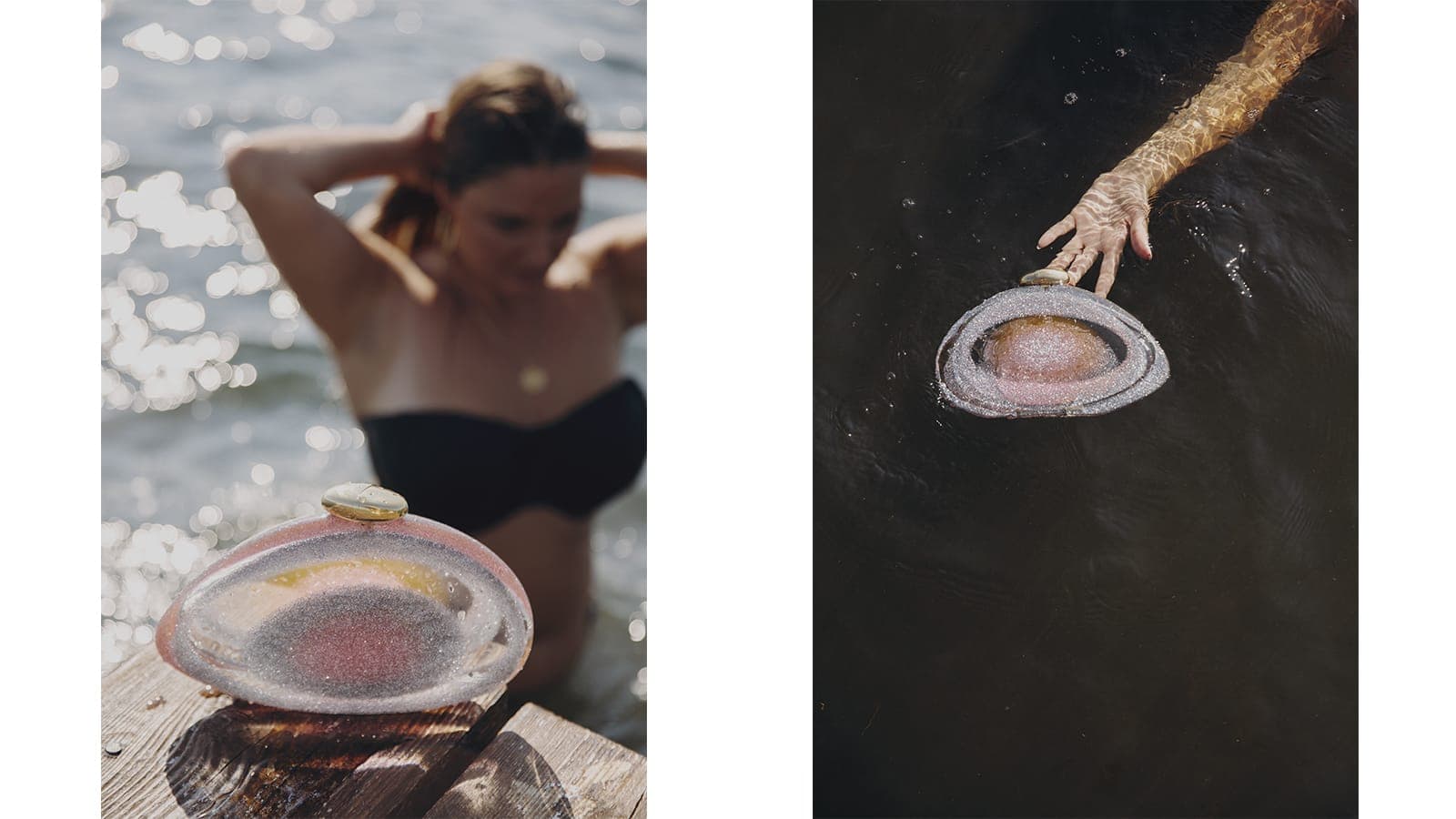 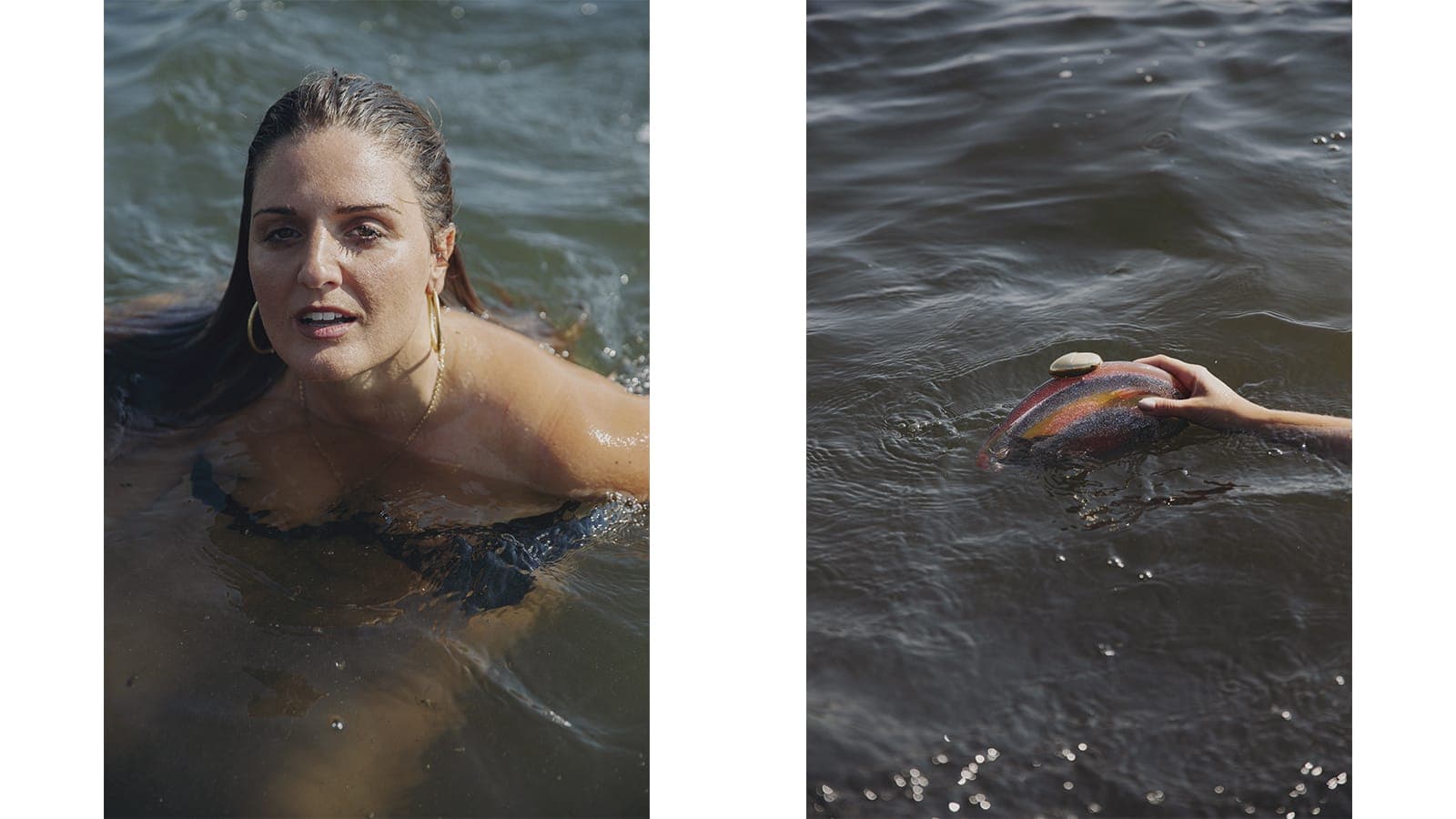