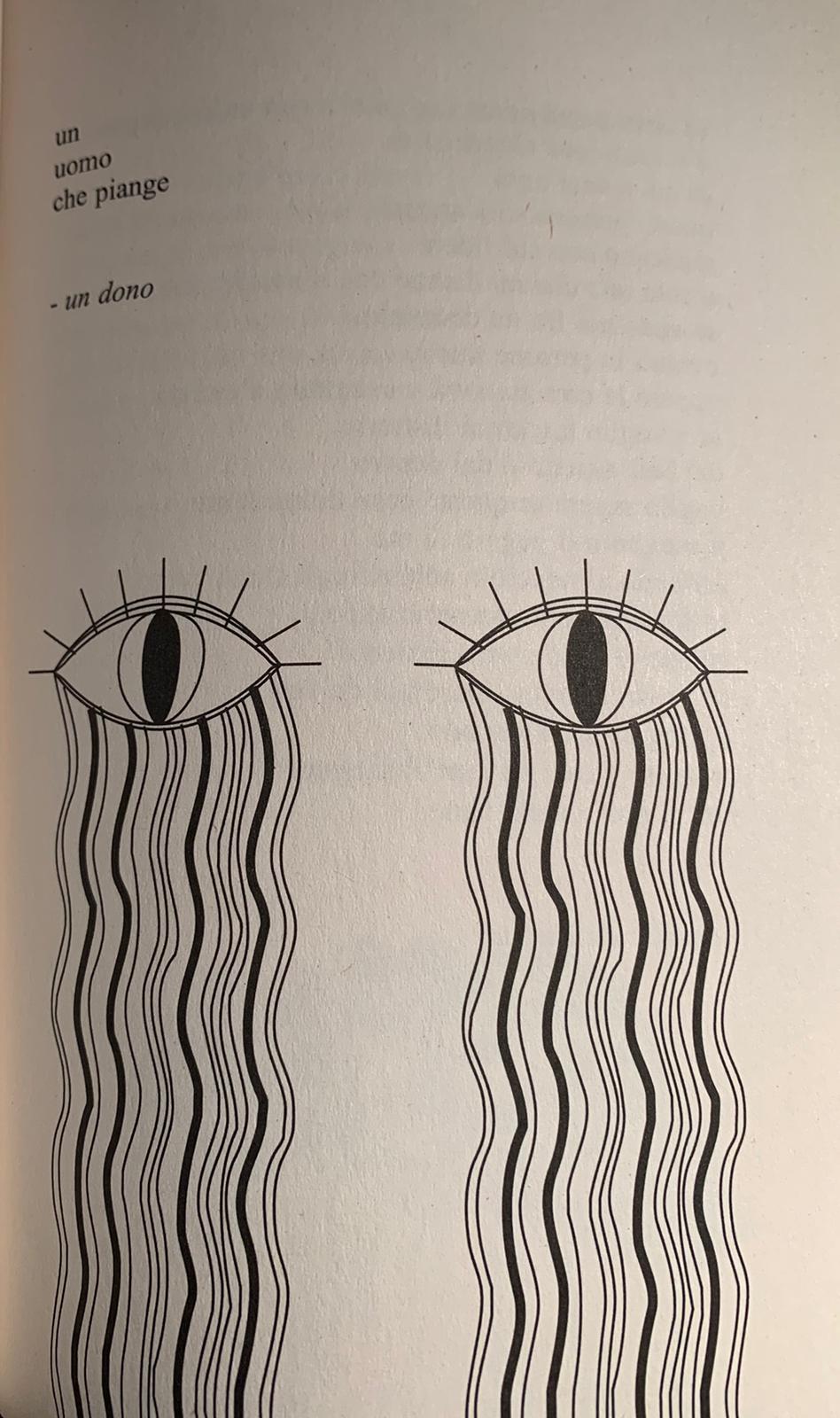 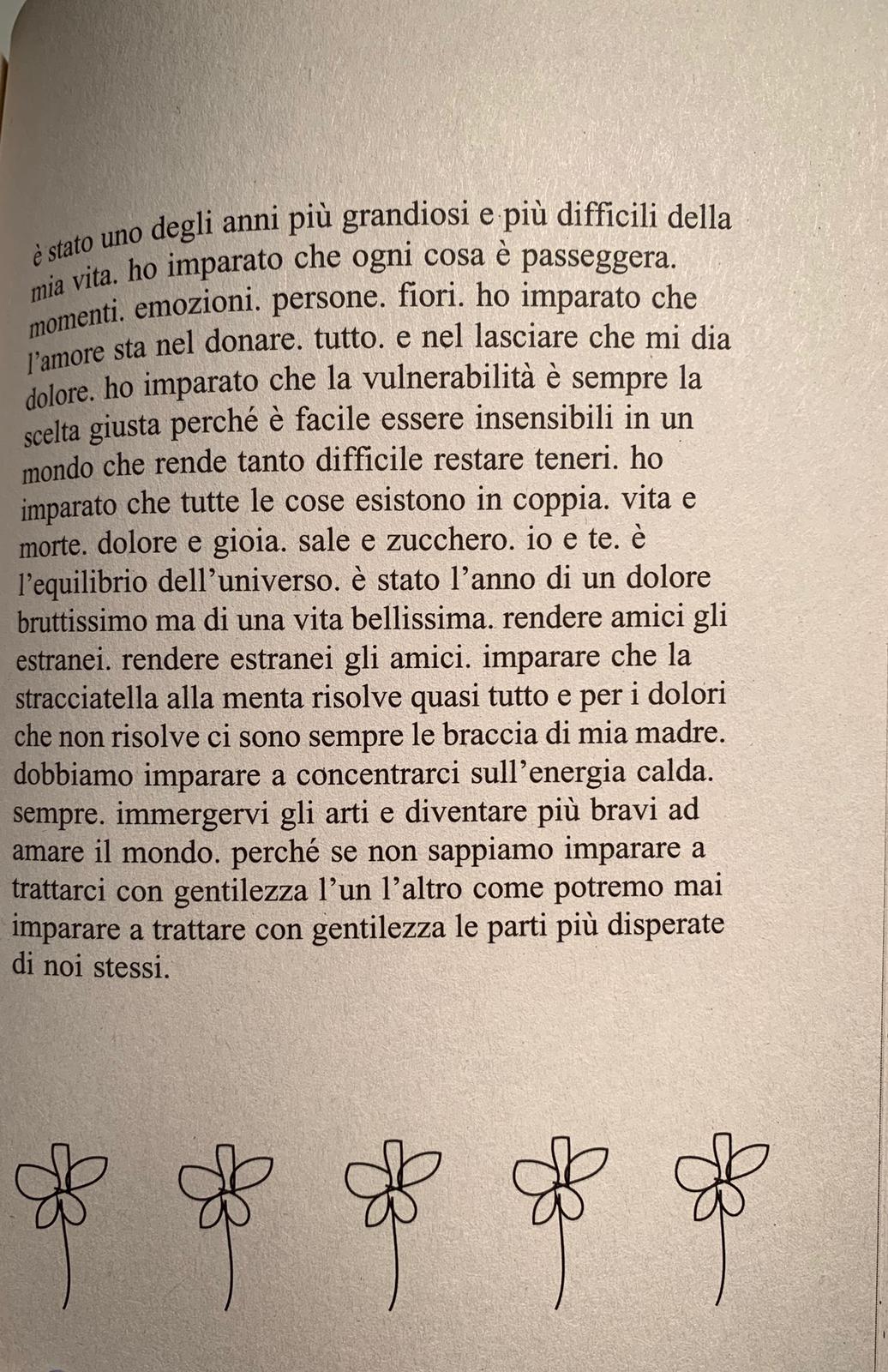 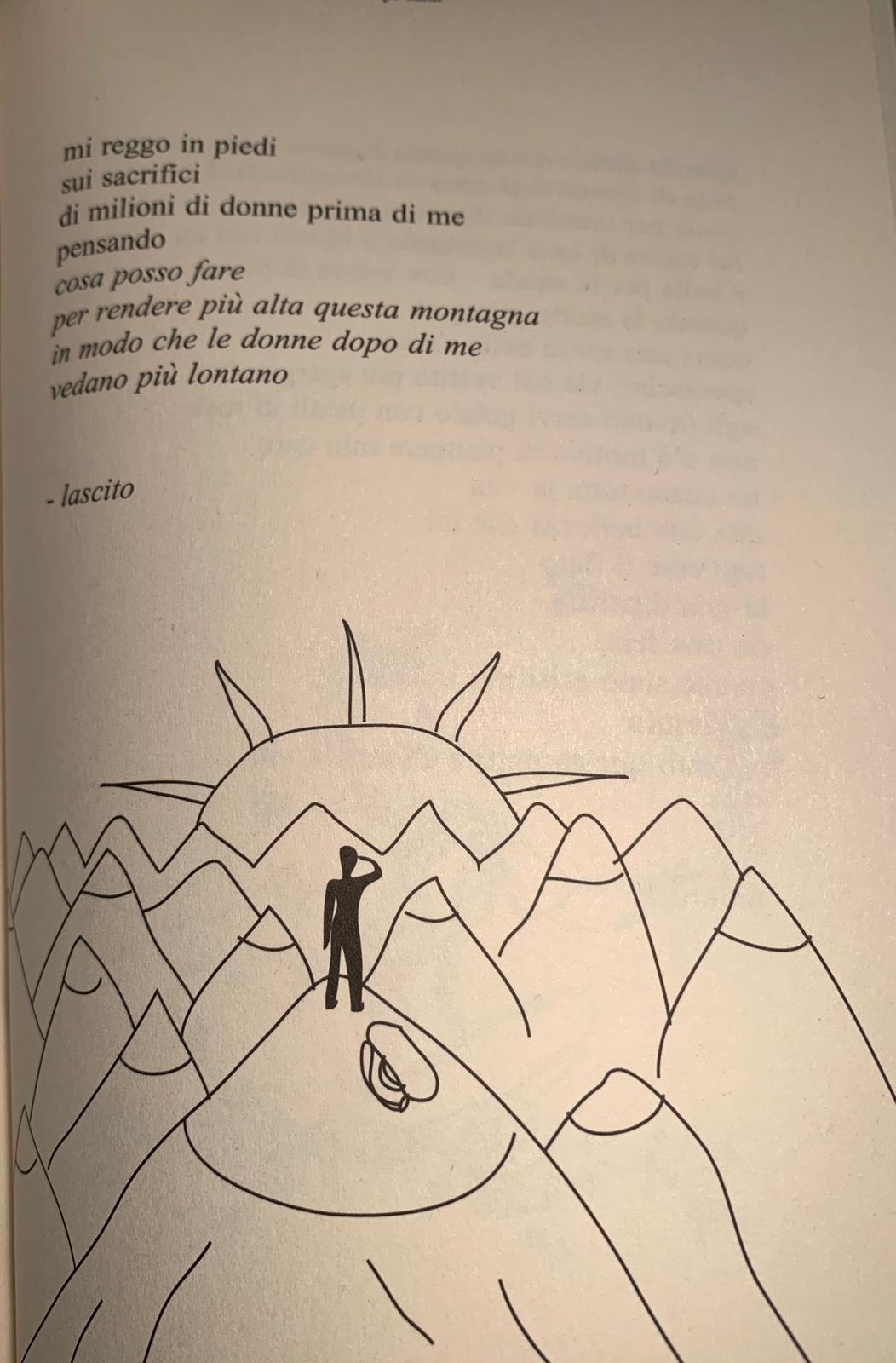 Rupi Kaur is a young poet, illustrator, artist and performer of Indian origin but naturalized Canadian, she moved with her family from Punjab to Toronto as a child. It defines herself as an “intersectional feminist” term which, in multicultural societies like the USA, indicates women who, in the course of their life, find themselves having to face various problems such as racism and sexism.

In 2015, the Faculty of Visual Arts, expressly requires them as a delivery for a project, to break down taboos through a visual medium of their choice. She chooses to deal with the topic of menstruation and does so, posting a photo on her Instagram profile that portrayed her lying on the bed with bloodstained trousers and sheet. Result? Instagram initially removed the content as it was deemed not suitable for the platform's guidelines.

This does not demoralize Rupi, who posts the photo again stating: “I bleed every month to help make humanity a possibility. My womb hosts the divine. A source of life for our species. Whether he chooses to create or not but very rarely is seen this way. In the most ancient civilizations this blood was considered sacred. For some it still is, but the majority of people, society and communities avoid this natural process. Some are more comfortable with the pornification of women and their sexualization, violence and degradation (...)

We have menstruation and they see it as dirty, a pursuit of attention, something sick, a burden, as if this process were less natural than breathing, as if it were not a bridge between this universe and the last, as if this process is not it was love, hard and tiring work, life”. Instagram then apologized for the incident, which however revealed a certain underlying hypocrisy, isn't censoring menstruation unfounded another way of making the female body feel inadequate when exposed in its naturalness? 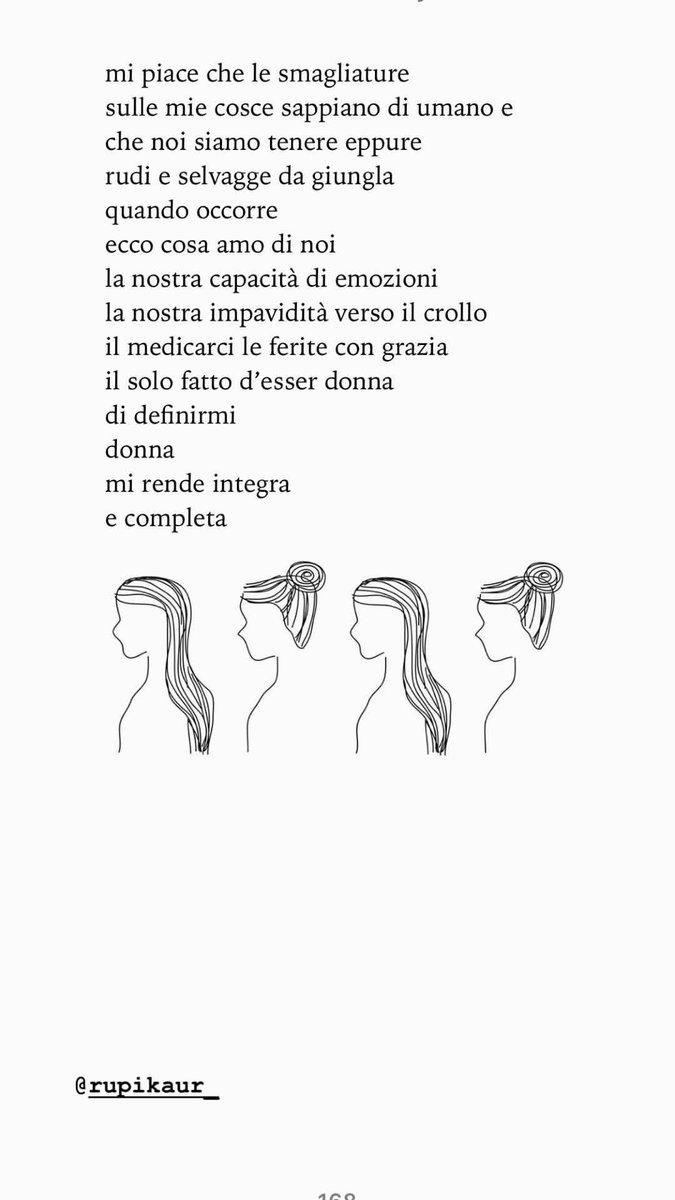 While attending the University of Waterloo, Rupi wrote, illustrated and self-published in 2014 his first collection of poems: “milk and honey”. The book sells more than 3 million copies, is translated in 35 countries and climbs to the top of the New York Times chart for 100 consecutive weeks. Success confirmed by his second collection, “the sun and her flowers”, published in 2017 which immediately won first place on the charts, selling one million copies in just three months.

Rupi Kaur also won a spot on Forbes magazine's “30 Under 30” list and starred in an episode of the BBC's “100 Women” series. What are your books about? They are collections of poems, some very short and all so straightforward as to be almost like a punch in the stomach for readers. 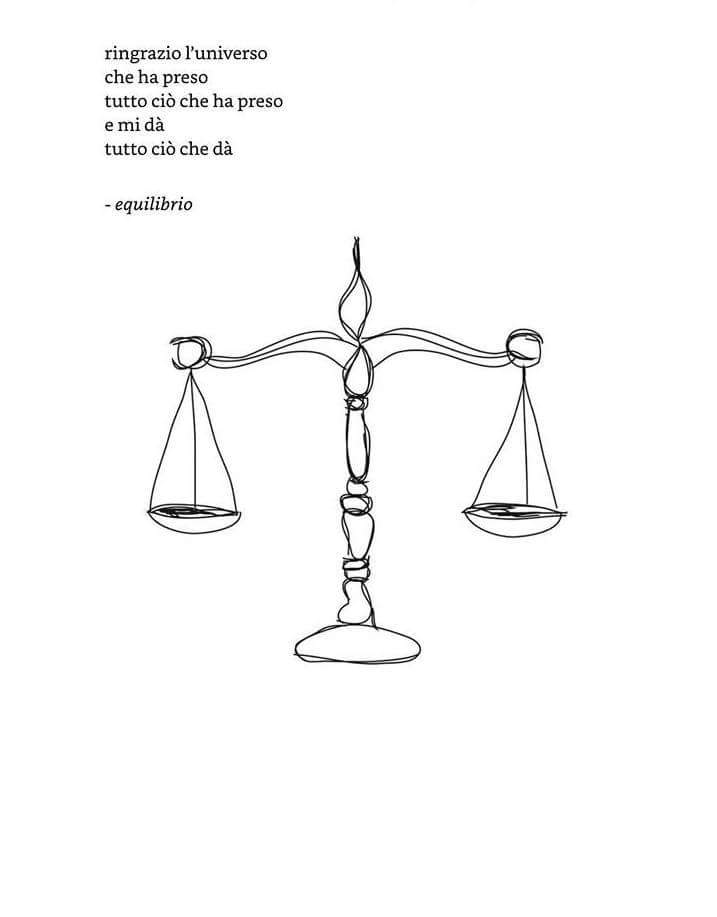 The secret is the identification, obtained both thanks to the form and the content: the letters are small, punctuation is absent, the stylized drawings that accompany the poems, are reminiscent of the scribbles made thoughtlessly to escape from a moment of boredom and it is easy to reflect in the topics covered. “milk and honey” deals with love, loss, trauma, violence, healing, femininity and is divided into four chapters: wounding, loving, breaking and healing.

“the sun and her flowers” narrates pain, abandonment, the celebration of roots, love and self-legitimation. It is divided into five chapters: withering, falling, rooting, growing and flowering.

Much of his success, Rupi owes it to social media, on Instagram he boasts 4 million followers. It is admirable his ability to transform the platform not only into the stage of his life, his poems and his illustrations but, recently, in full quarantine, it has been the place to hold a writing class. How? Through direct Instagram, then saved and published on his profile. What are the conditions for participating? It was not necessary to be a skilled writer or poet but simply to embrace the therapeutic and meditative intent of the lessons, held not by chance at a time of global stress and anxiety due to the Covid emergency. 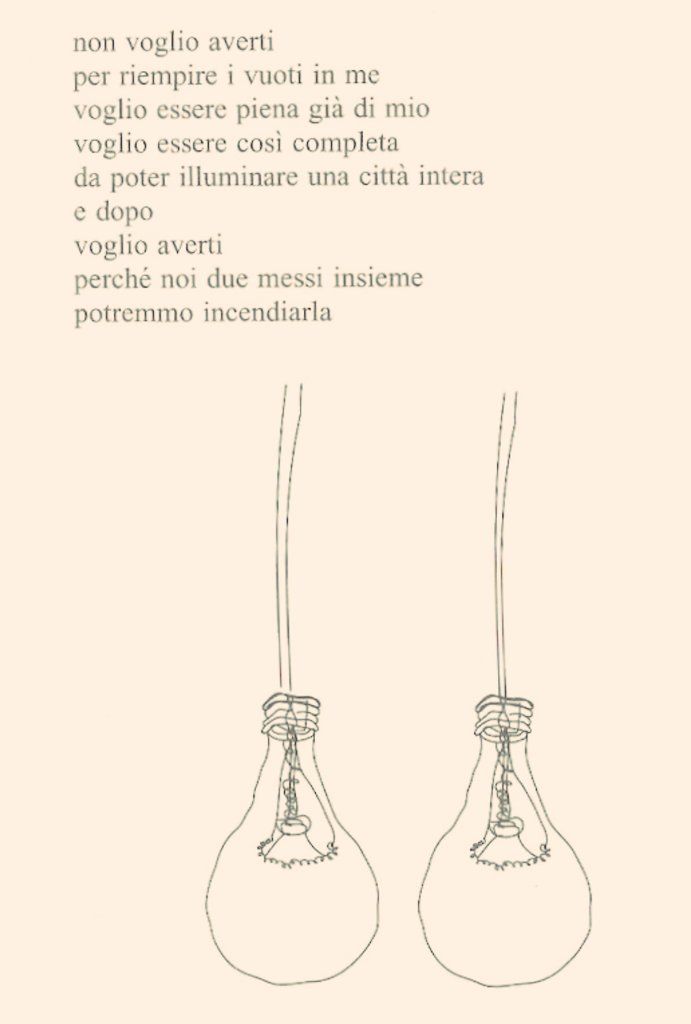 Rupi Kaur has recently given birth to two new projects. The first is already available for purchase on @inkbox or https://rupikaur.com/ and is a collection of 7 tattoos inspired by his poems and illustrations, it is titled “for now tattoos” as they are not permanent (their duration is in fact 1-2 weeks). “I have met so many readers who have my poems and illustrations permanently tattooed on their bodies. Seeing these tattoos inspired me to create a collection that everyone can try” says the artist.

The other project is the highly anticipated third book, available from 17th November: “Home Body”. The writer will accompany readers through a reflective and intimate journey into the past and present, through raw and honest conversations with themselves.