NYFW: the FW20/21 garment protagonist of the New York catwalks

New York Fashion Week is over, the first of the four fashion weeks that will accompany us during this month, to discover the FW20/21 trends. This year the New York catwalks opened the dance with a bang thanks to the overlap with the night of the Oscars, an event that convinced some brands to move their show to Los Angeles. First of these Tom Ford, who combined his passion for fashion with that for cinema to create a glamorous and sensational fashion show.

But what is the iconic garment shared by the New York Fashion Week brands?

Mr. Trench, a London-inspired garment but suitable from the city to the countryside. Although this garment took hold in the early 1900s, thanks to the British fashion house Burberry, its origins go back a long time before. This garment was used during the war by soldiers in the trenches to protect themselves from dust and bad weather; the English term 'trench coat' means 'trench coat'. Subsequently, from the first Makintosh trench coats to the well-known Thomas Burberry trench coats, this garment acquired more and more notoriety, becoming an evergreen to be kept in the wardrobe and showing off in its most bizarre nuances, starting from the classic beige color. During this NYFW, many brands have re-proposed the classic trench coat in cool and trendy variants: Longchamp offers a padded and coated trench coat that attracts attention with its bright red color in contrast to the black of the accessories and the sheepskin collar . Destructured is that of Monse who parades with an apparently classic trench coat but with the upper part broken and combined with a very English checked blazer. Opposite that of Tom Ford who, in a Holliwoodian perspective, makes it a captivating and modern garment, a middle ground between a coat and a raincoat like a movie star. Self-Portrait offers the classic trench coat to go to the office but in technical and shiny material, in order to dampen the seriousness of the garment making the wearer professional but glamorous. Finally Rag & Bone with an oversized checkered raincoat and a narrow waistband, soft and modern in its classicism. 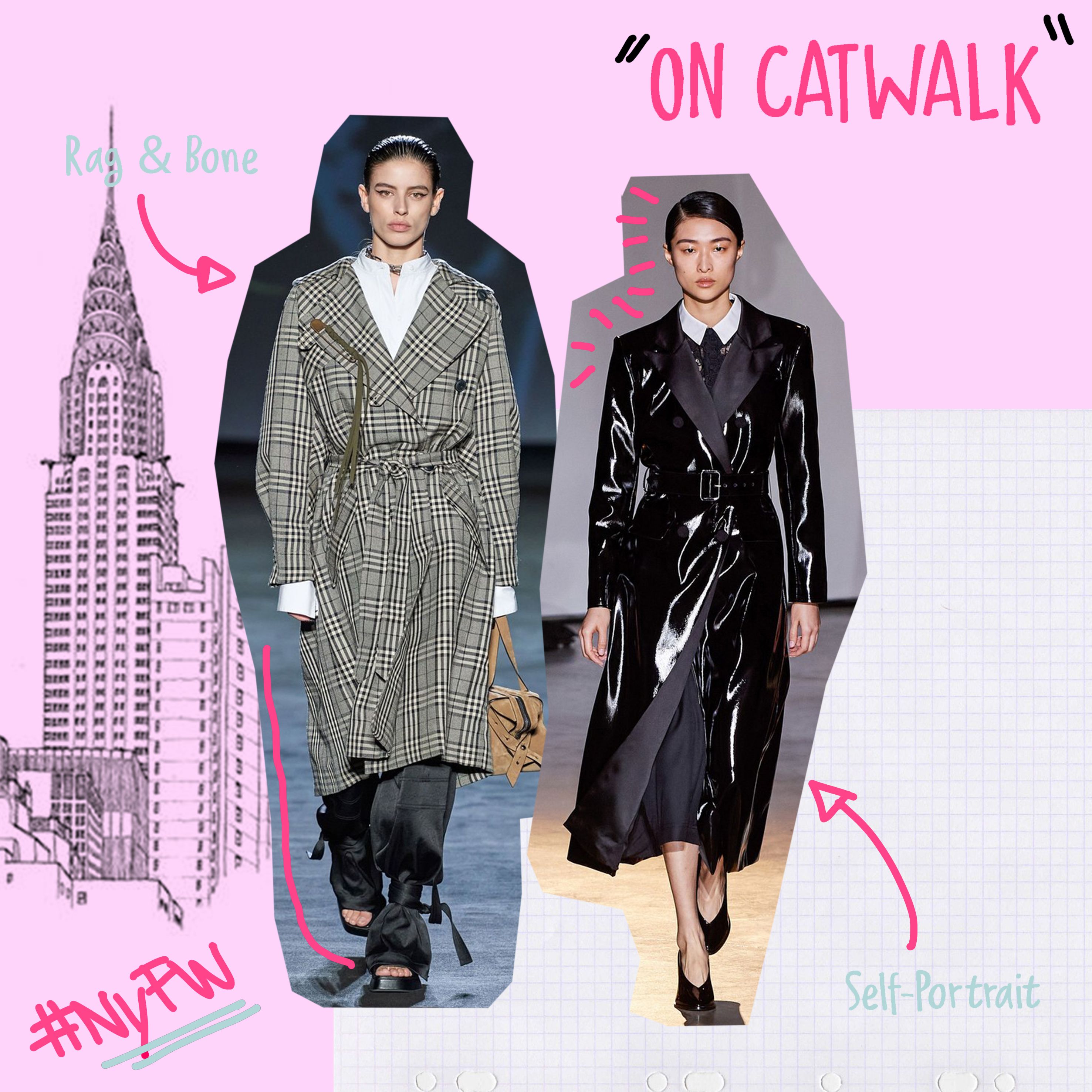 To keep an eye on Zimmermann is becoming an increasingly known and appreciated brand: from Australia to America it is increasingly in demand and for this season they too have wanted to offer trench coats. Long and with fairytale patterns they move light and fluid, conquering the eyes of the spectators who for the next season will be able to wear vivid and colorful winter trench coats.