Man Repeller: from the blog revolution to closing

Leandra Medine Cohen was a source of inspiration for the courage to be different. Why did her blog, so avant-garde ten years ago, fail to reach 2020?

In the strange summer of 2020 Man Repeller, and its founder Leandra Medine Cohen, fell under indictment because not exactly black-friendly. This episode generated a chain reaction and in a few months the site Man Repeller underwent a rebranding, becoming Repeller, and shortly after suspended activities.

On October 22nd, 2020, Leandra Medine Cohen confirmed that the company was no longer able to support the business and that the renewed Repeller would close, forever.

What happened to one of the best performing American blogs?

To fully understand the situation it is necessary to widen the field of vision. During this turbulent summer in every part of the world already precarious situations have reached the explosion, among these in America can not be forgotten on 25.05.2020.

A bitter and unforgivable episode that has brought many consequences.

First of all, the resignation of James Bennet, editor of the “Opinion” section of the New York Times, due to the publication of an article in which the army was called upon to intervene in response to protests over the death of George Floyd.

And so in a moment the entire American publishing sector was in a very harsh and complex situation. A situation that has made a lot of reflection on the pressurism and lightness with which sometimes you end up making unforgivable choices. A situation in which the strong value of communication has emerged today.

The recipients of newspapers, newspapers and even messages conveyed on social media, have risen asking to go beyond words, claiming a conscious use of language that was not just a mere photograph of the moment (one click), but to dig deep, filling the chosen vocabulary with actions and reactions.

Man Repeller, like many others, was not without criticism. Specifically under an Instagram post in tribute to Travor Martyn, among the victims of police abuse, there were comments against the site to highlight the inconsistency between that post and the sudden dismissal of a black employee, during the emergency Covid-19.

From this post the story of Man Repeller is described as a rapid and swirling descent.

The situation of Repeller becomes tragicomic if you reflect on the origin of the blog, in 2010.

Leandra Medine has been a fundamental figure in the clearance of the concept of unsexy, in deconstructing the imagination of the fashion world in which everything has its own place and its own balance, also was able to use a medium that in 2010 did not have the power of today and make it the perfect place to talk about any topic with a style and expressive ante litteram. 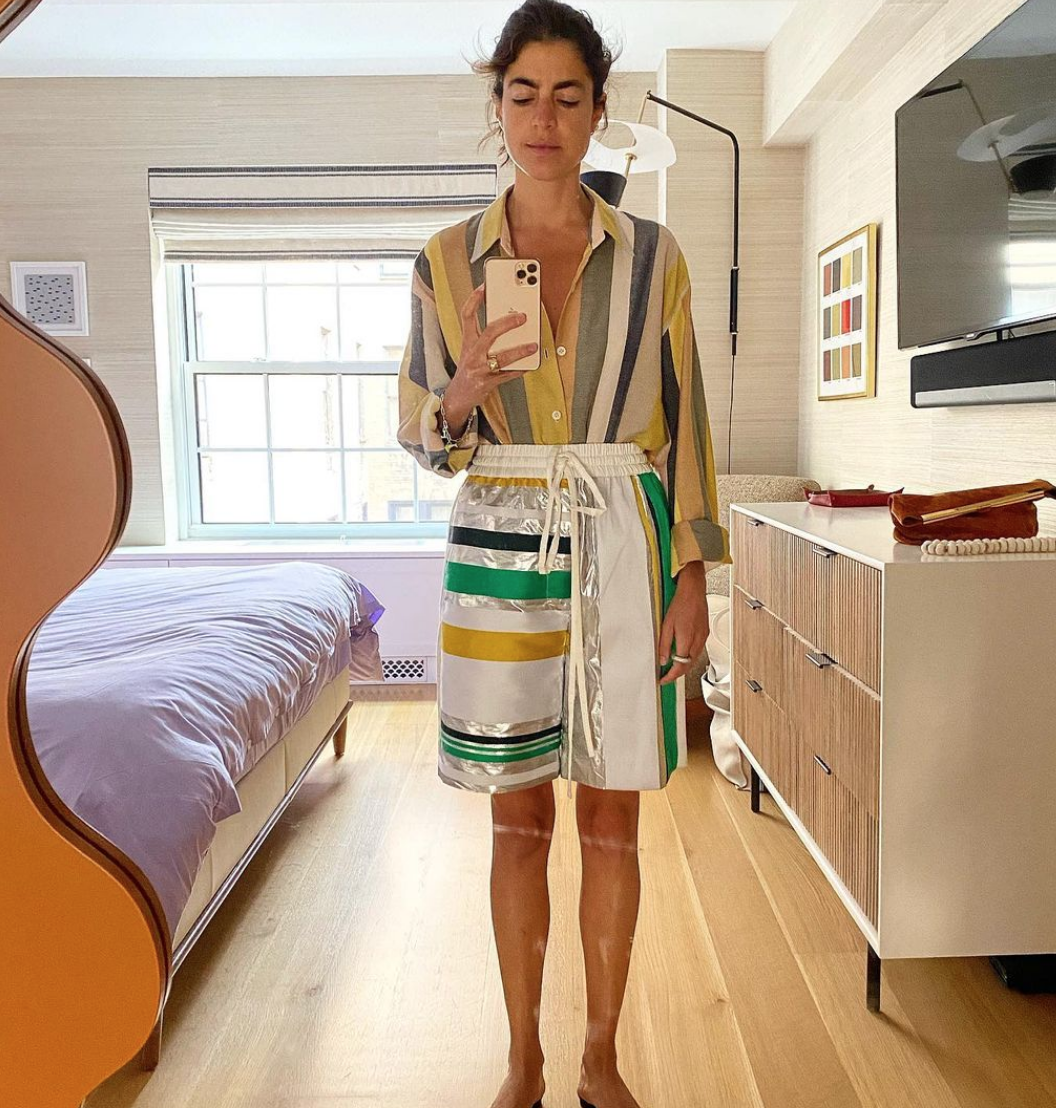 Leandra Medine Cohen believed that her imperfect beauty (where perfection is patinated and canonical) and her irony could reach people in a much more direct and sincere way.

Leandra in her own small way was creating a movement of claiming the right to be oneself, accepting the new (digitalization) and making it her natural ally.

Her relationship with Man Repeller ended where it began. In the search for an expressive freedom and in the attempt to convey precise items, this last time, however, the choice was not so strategic.

Convict Leandra Medine Cohen and Man Repeller for their actions, based on a single episode? It would not be fair! Recognizing the mark this woman left with her project is a must. As I have already mentioned in another article, today there is a precise and very strong answer that can be implemented through the call-out culture.

We must not deny what was Man Repeller, otherwise even the head of the collection Mango X Leandra Medine should not stand in your closet.

Reflect, once again, on the power of social media

Instagram and in general the social and online world are a wonderful place where anyone is given the freedom to express themselves, they are a place where sharing becomes a timeless strength and borders.

Here are these fantastic places too often taking on the role of “space from which to judge the rest of the world, protected by a screen”.

Does that sound a little retro to you? Well, it is.

And so are we if we’re not trying to do something about our little one. Move the global consciousness and take it to the street, not only as a result of irremediable episodes, but as a good habit resistant.

But then where is the connection with the story of Leandra Medine?

Often we feel entitled to judge the work of others all, frequently our way of observing the world is characterized by the almost unconscious filter of judgment. Perhaps the moral of this story is that we should change our point of view more often, identifying ourselves with the author of the story itself and, instead of saying our own (which then sometimes no one, really no one has requested) try to understand that of others.