From a male accessory to a must in the female wardrobe

Tights are the accessory that accompanies us throughout the winter, which we cannot give up on. They were born to protect us from low temperatures, but, now, more than a matter of cold, it has become a question of style. 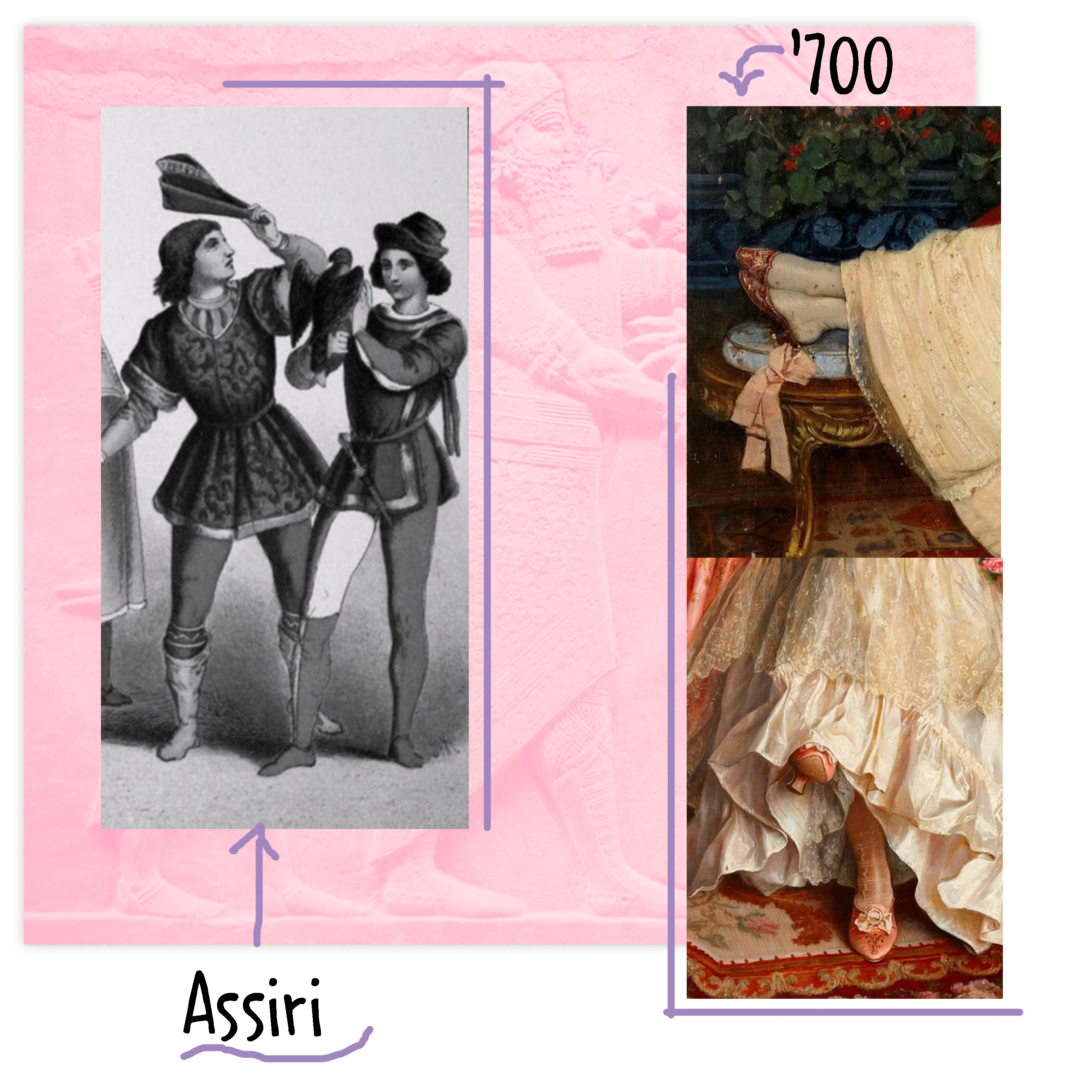 The oldest cousins of our current tights date back to the Assyrian population, which men used thick and colored tights under the shirts. Over the years, this garment also spread among the Greeks and Romans, taking on more and more variants, such as the one in adherent leather. At the end of the 16th century, in the French and English courts, tights were increasingly given importance, producing elaborate embroidery and decorating it with precious embroidery. From that moment on, this accessory also began to fascinate the female world which, with the advent of the crinoline in the 1700s, made it the fundamental element to be worn under the skirt. 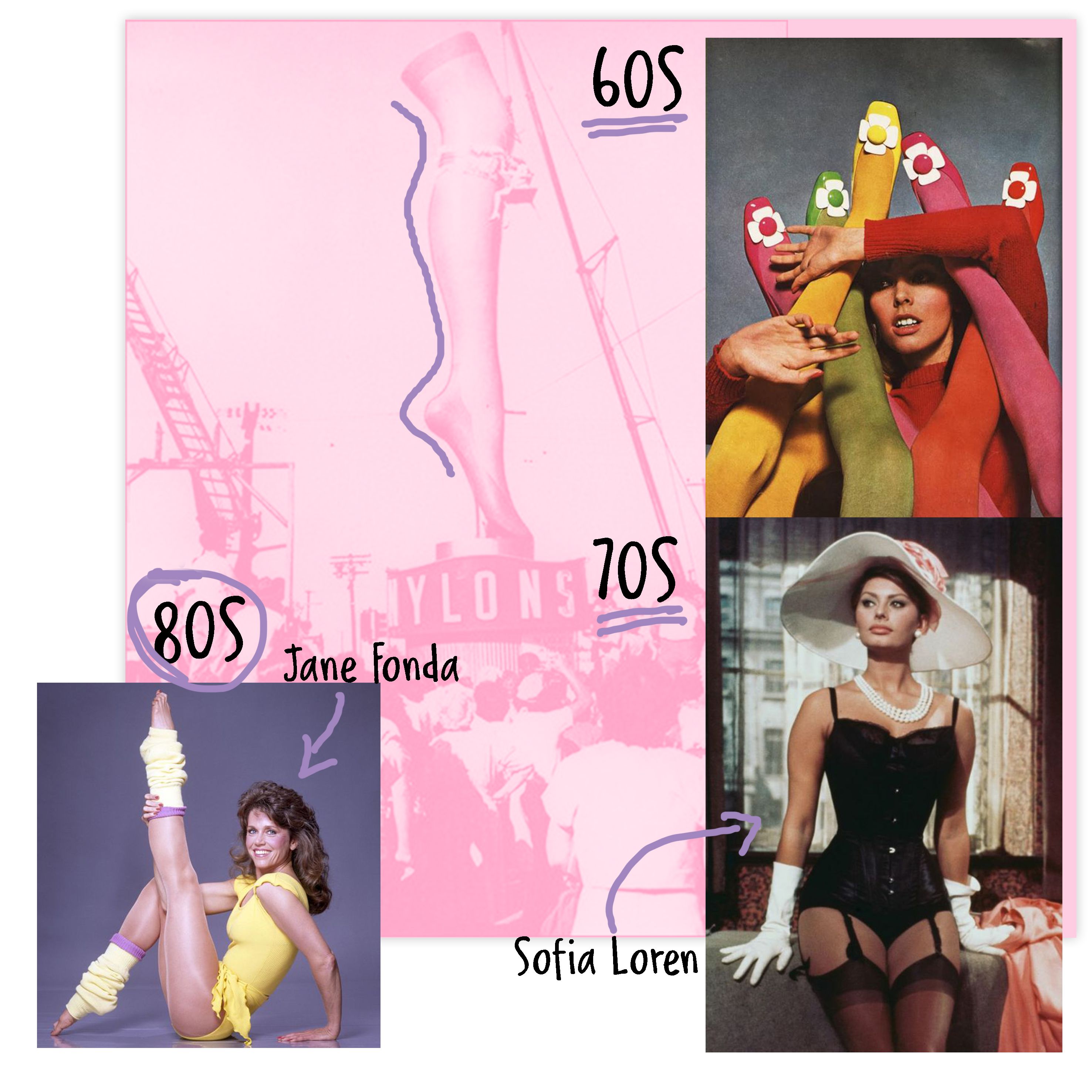 The tights we know today owe their birth to the advent of Nylon in 1937. Thanks to this new material they become popular in the basic nude version. In 1959, Allan Gant began to produce modern, soft and multi-denier tights in America. A few years later, Mary Quant invented the miniskirt and tights became the protagonists of the scene in the first color variants. Only from the 80s onwards, with the advent of hold-ups, this accessory began to be dyed with the most varied patterns, starting from lace up to geometric and floral designs, to then become super elastic and opaque with the invention of Lycra. 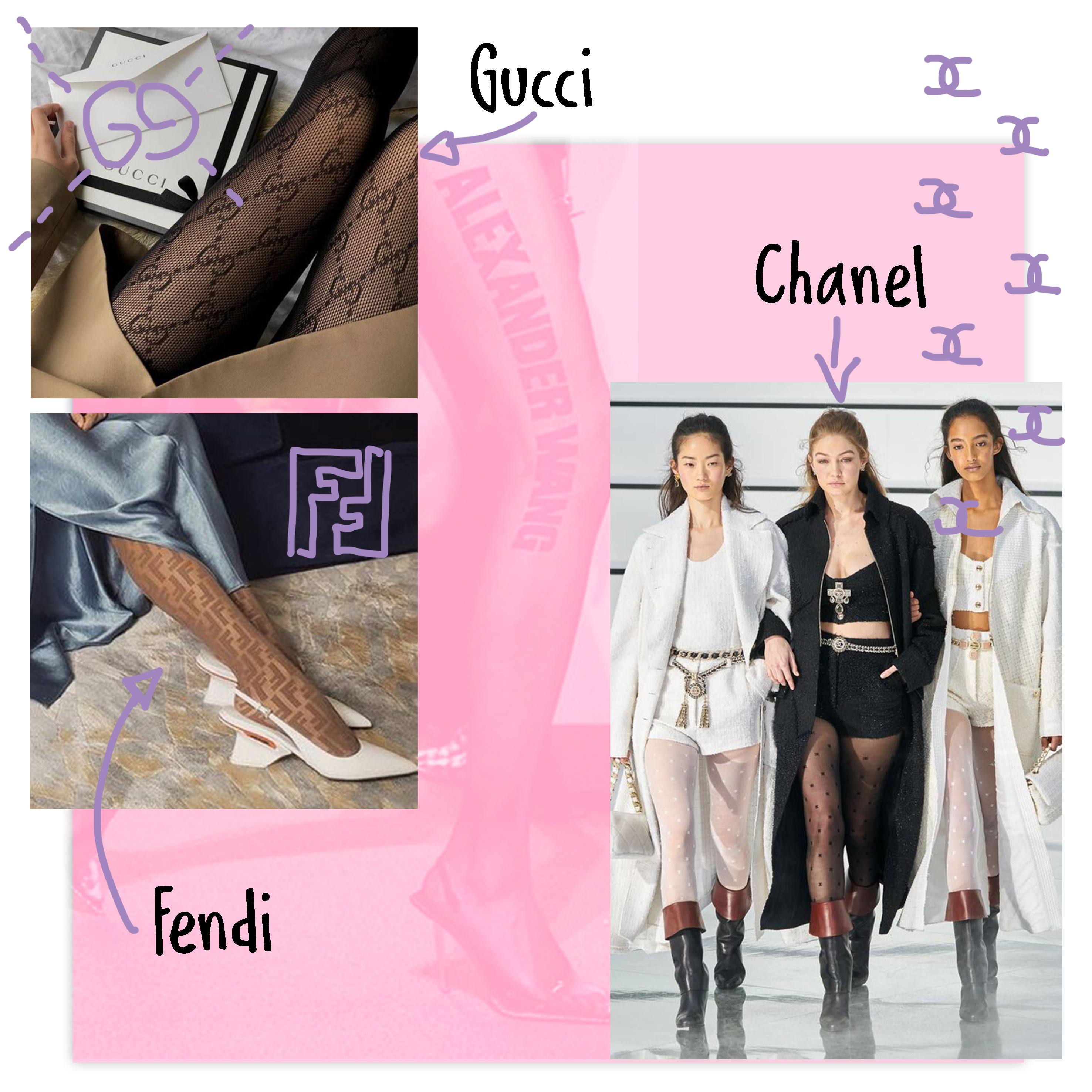 Today tights are not only a protection from the cold but a real must-have to show off. Polka dots, flowers, stripes, nets, lace, glitter, each variant is to be had and to be kept with delicacy, the characteristic that perhaps makes them even more unique. The most prestigious fashion houses are experimenting above all in the latest collections, in the field of tights. Gucci was the brand which, with its monogram version, created a real boom in luxury tights. Alexander Wang and Fendi followed him, who reproposed them with their name and their fantasies.

Chanel also proposed the pantyhose during its last fashion show, to present the FW20/21 collection. The supermodels wore tights with the logo and polka dots proposed, both in the classic black version and in the white version.