In the beginning, in the theater, there were wagons of wanderers who made ends meet with circus shows and mythological tales, in the market squares scattered throughout the territories. With the advent of the temporal power of the Church, they were forced to suspend their performances in the period preceding Holy Easter and therefore go hungry, living only on offerings.

Since the sacred vestments, in the aforementioned period, are of a purple colour, here is the superstition towards this colour that recalls the hardships suffered. They were also condemned to be buried in a common grave, the deconsecrated ground; a custom that lasted centuries.

Then came the shops, where the "master" was the manager around whom everything revolved and ruled over everyone. Finally came the schools to which, still today, one belongs with the pride typical of an elite. From Shakespeare to Strasberg, from Silvio D'Amico to Gassman, to pass from the "Compagnia dei Giovani" to Proietti, which are called academies, laboratories, schools or workshops have the typical imprint of the university brotherhood: the sense of belonging and intellectual superiority. A bit like those who are meant on the fly, in reading Proust in: "In search of lost time”.

In short, a sort of minority that protects itself.

From theater to politics, the step is short; here too there is a genesis that sees the actors mocking power, using the mockery, sometimes vulgar, sometimes sophisticated but never directly addressed to the Sire, so as not to incur his wrath. It is enough to read the Italian "Bertoldo, Bertoldino and Cacasenno" as opposed to the German character of Till Eulenspiegel, who pays his irreverence with his life, to understand how thin the boundary between life and death was for the jesters at the time. 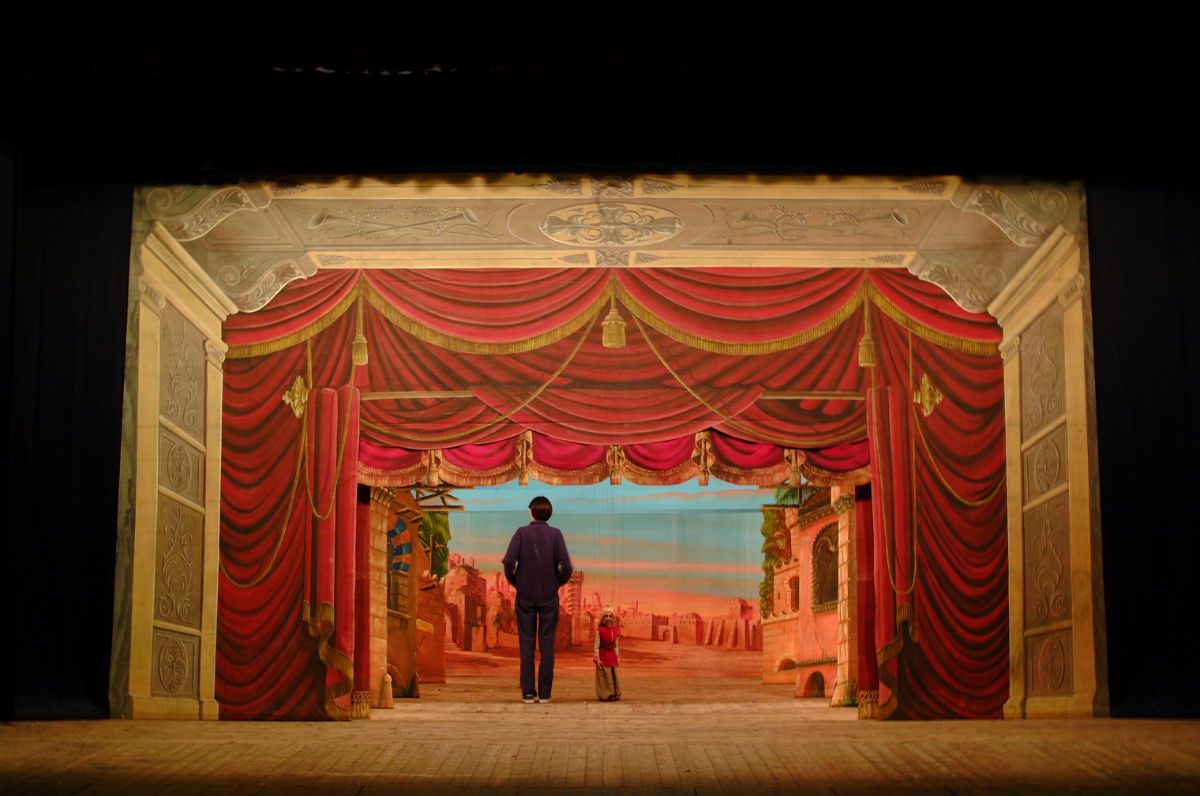 In modern times, we are talking about the second half of the twentieth century, a mixture has been created between politics and entertainment, as well as between politics and information, which can be defined as a “strategy of consensus”, creating areas of political belonging. Today anyone who makes a show or information is politically labelled; if it's not tragedy it's a farce!

Notwithstanding that the television and singing show in Italy is largely controlled by organized crime and the writer knows what he is talking about, having suffered the consequences in the first person, the political side of working groups remains, which can be defined as clans, often in contrast with each other even if from the same area.

Infotainment is the preferred pasture for imposing one's consensus strategy or the fusion of information and entertainment. An absolute monarch is Fabio Fazio, with his "Che Tempo che fa", now Rai Tre, where disguised as a jester, endowed with immeasurable and fake respectability, he involves his selected guests in a mass sung entirely in the imprint of: "How are we good and good we who think the same way. " With that complacency for elective affinities that indigestible molasses produces, which brings blood sugar to clinical hospitalization levels.

On the same ground moves "Propaganda Live", La7, the spurious son of that jewel that was "Gazebo", Rai Tre. The type of "Clan" is the same: you only enter the same political party; but unlike the aforementioned Fazio, here we are in the presence of talent and pure humour, so much to refer to titans of the past such as Guareschi, Longanesi, Marchesi up to Flaiano. Jokes and aphorisms, far from the vernacular, are born in the imprint suggested by the news, following the plot dictated by the tweets searched on the internet, without giving anyone discounts. The limit is that we always remain in the field of politics when other worlds should be uncovered and put to shame.

Diego Bianchi, aka Zoro, is a talent destined to remain raw despite having “the right times”, while Makkok, Marco Dambrosio is pure genius as well as a fulminating cartoonist; he has the gift of transforming a drawn strip into poetry.

The day they come out of the navel of politics to face the real world they will perhaps be destined for a great show.