The digital event of NABA and Yakult

“BACTERIART, from invisible to visible”

The event was born from the desire of Yakult Italia to find and identify new and alternative languages ​​to bring the general public closer to microbiology, and to discover the micro-world and the charm that lies behind it, a focal point of the company for over 85 years old.

Arianna Rolandi, Scientific Director and External Relations of Yakult Italia, declared that “Yakult has always been committed to telling science in an alternative and original way, thanks to its strong educational DNA.

Being a pioneer in the field of microbiology and probiotics is a responsibility, and at the same time a great opportunity. Being able to carry out projects that bring people closer to our “world”, in an innovative way and, in this case, thanks to the students of NABA, creative and artistic, is a privilege and a source of pride. Making the invisible visible is our personal contribution in facilitating the understanding of science”.

NABA, New Academy of Fine Arts enthusiastically accepted the proposal, in which it saw a challenge for its students.

The “BACTERIART, from invisible to visible” project was created to make bacteria visible, concrete and tangible thanks to art that has always helped to understand even what the senses are unable to grasp. Marco Scotini, NABA Visual Arts Department Head, said that “The encounter between an artist's vision and science can sometimes produce unexpected and fascinating results” and the aim of the NABA and Yakult Italia project is precisely this.

The project, which has been completely adapted according to Covid-19 directives, included specific training on the basics of human microbiology and a virtual visit to the AAT-Advanced Analytical Technologies laboratory in Piacenza. The latter supported the students during the development of the projects, following with extreme precision the finalists who created their own work of art using live bacteria and specific culture media.

During the BacteriArt Day digital event, the prize was awarded to the work F06. 3 by Francesco Scalas, Giacomo Segantin and Olivier Russo. An installation consisting of some technological elements, a projector, speakers and a video screen, and an organic component, namely red cabbages, whose interior recalls the shape of the intestine.

A correlation that expresses the desire to overturn the Western-modern anthropic logic that defines the “non-human” of secondary importance.

The winning project was joined by the two special mentions assigned: Bacterial Identities by Sofia Gasparoli which won the Doctor Shirota award and the Natura Humano s.d. / Humanum Homini s.d. by Jessie Yu was awarded the New Visions award. 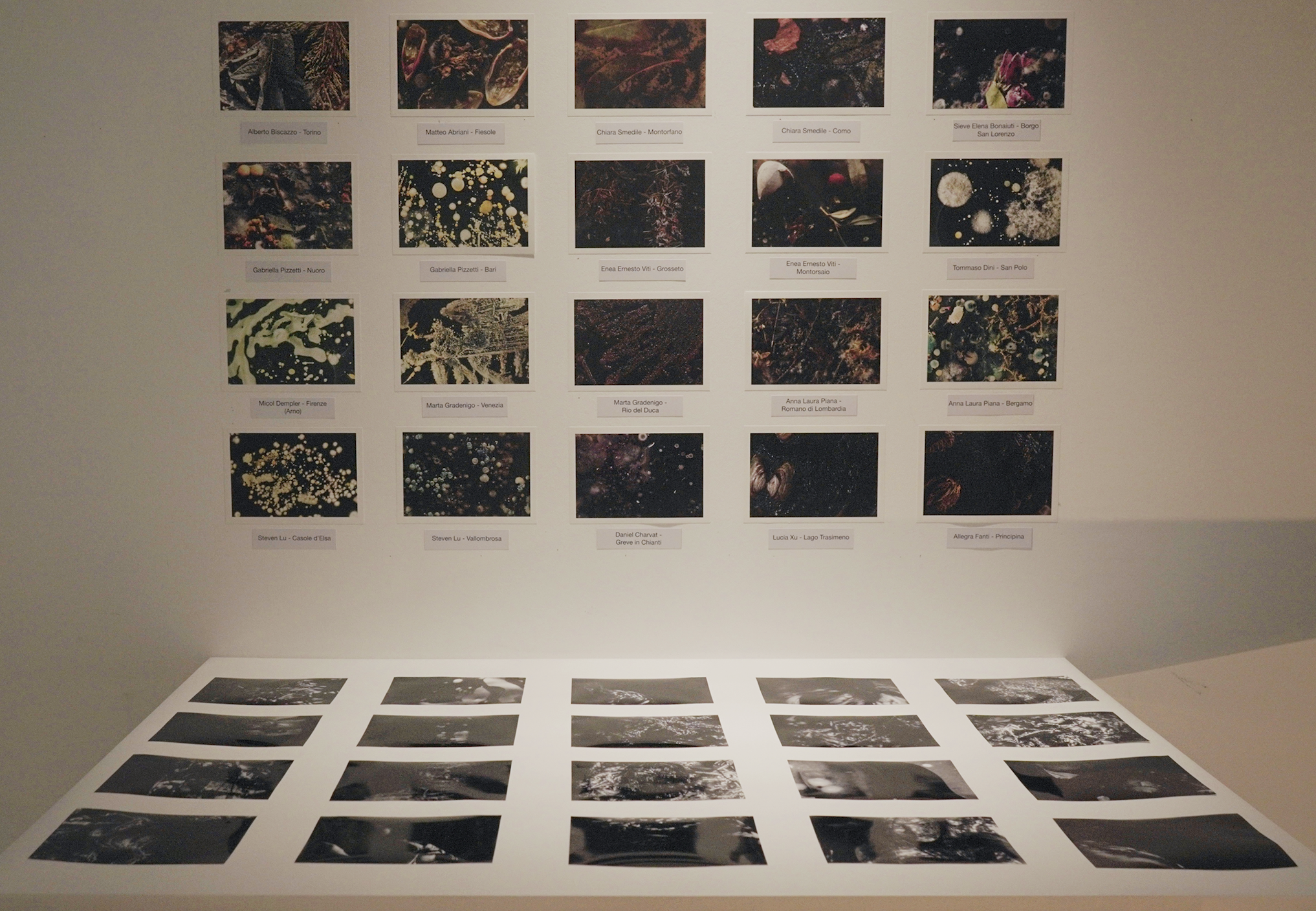