Summer and the tank top

Directly from the 90s: welcome back!

There are those who prefer to use it under clothes and those who wear it as the protagonist. Today we anticipate one of the hottest trends for summer 2021: the tank top.

A real story on the birth of the undershirt has not yet been attributed. The most reliable version tells of a French nobleman, Jean Des Fauches, who in a moment of anger tore the sleeves and collar from a shirt, thus creating a new and ready-to-trend garment.

From that day on, it was mainly men who used it and in playful moments: it is thought that the name may derive from the sport of rowing, in which this garment was used to allow participants to be free in their movements. Whatever its origin, the tank top passed from the male wardrobe to the female one, gradually becoming a garment to be used not only under clothes but also in the open, thanks to the laces, designs and decorations that made it increasingly precious.

The 90s were decisive. In fact, like the bucket hat, the tank top is inspired by that decade when celebrities and supermodels wore it in almost all their casual looks. To date they have also brought this trend back into vogue: from Hailey Bieber to Bella and Gigi, up to Emili Ratajkowski (who has made this garment a highlight of her brand Inamorata). 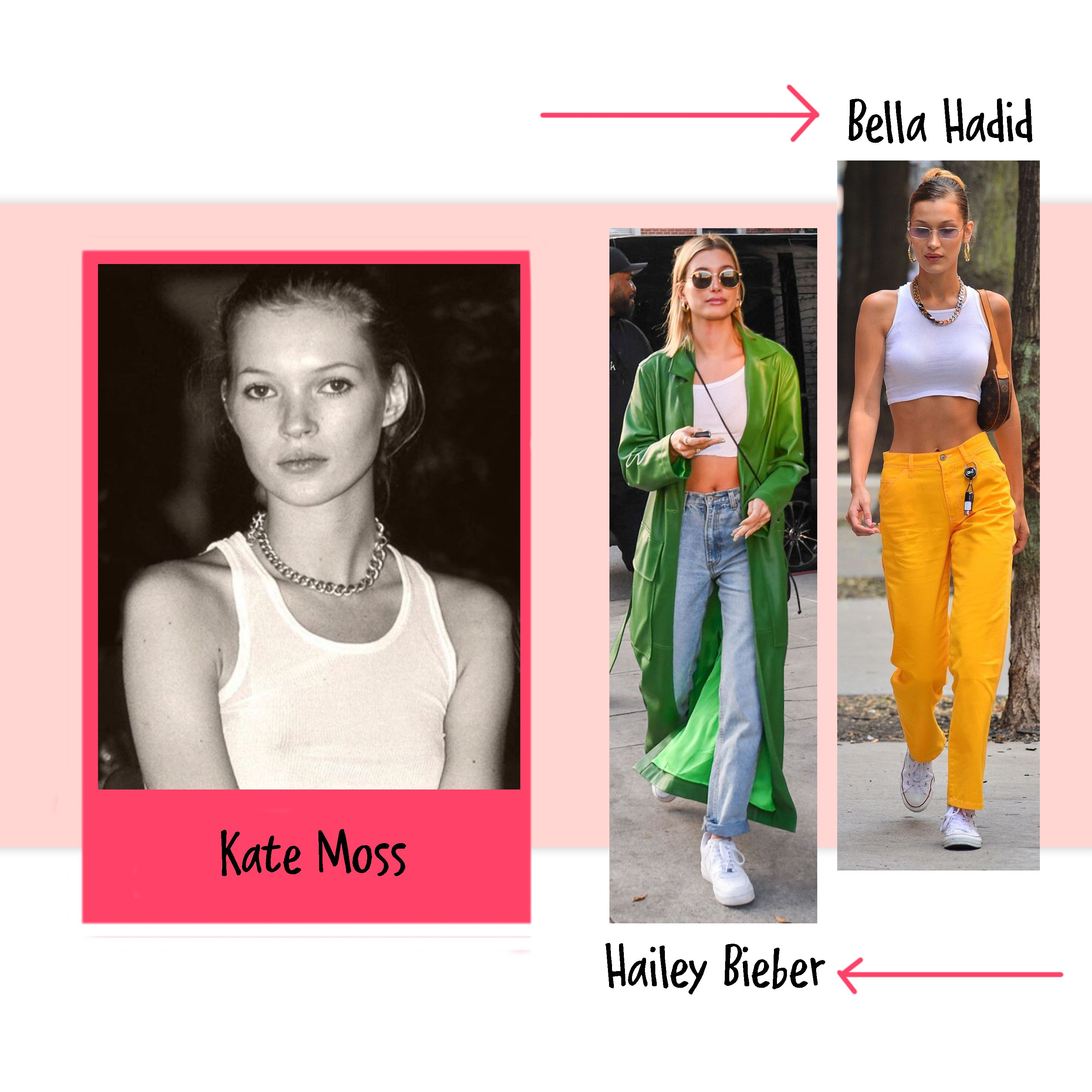 As with every trend, the brands have proposed their version: MSGM keeps the garment in its classic, white and basic but masculine, House of Sunny launches the Pacific Vest, a pastel-colored knitted tank top, versatile and suitable for multiple occasions. Dior presents the total logo version, with the now symbolic pattern of the Maison. Even brands such as Zara, Bershka, H&M and intimissimi have created tank tops of various colors and patterns, to satisfy anyone looking for the new SS21 trend at an affordable price. 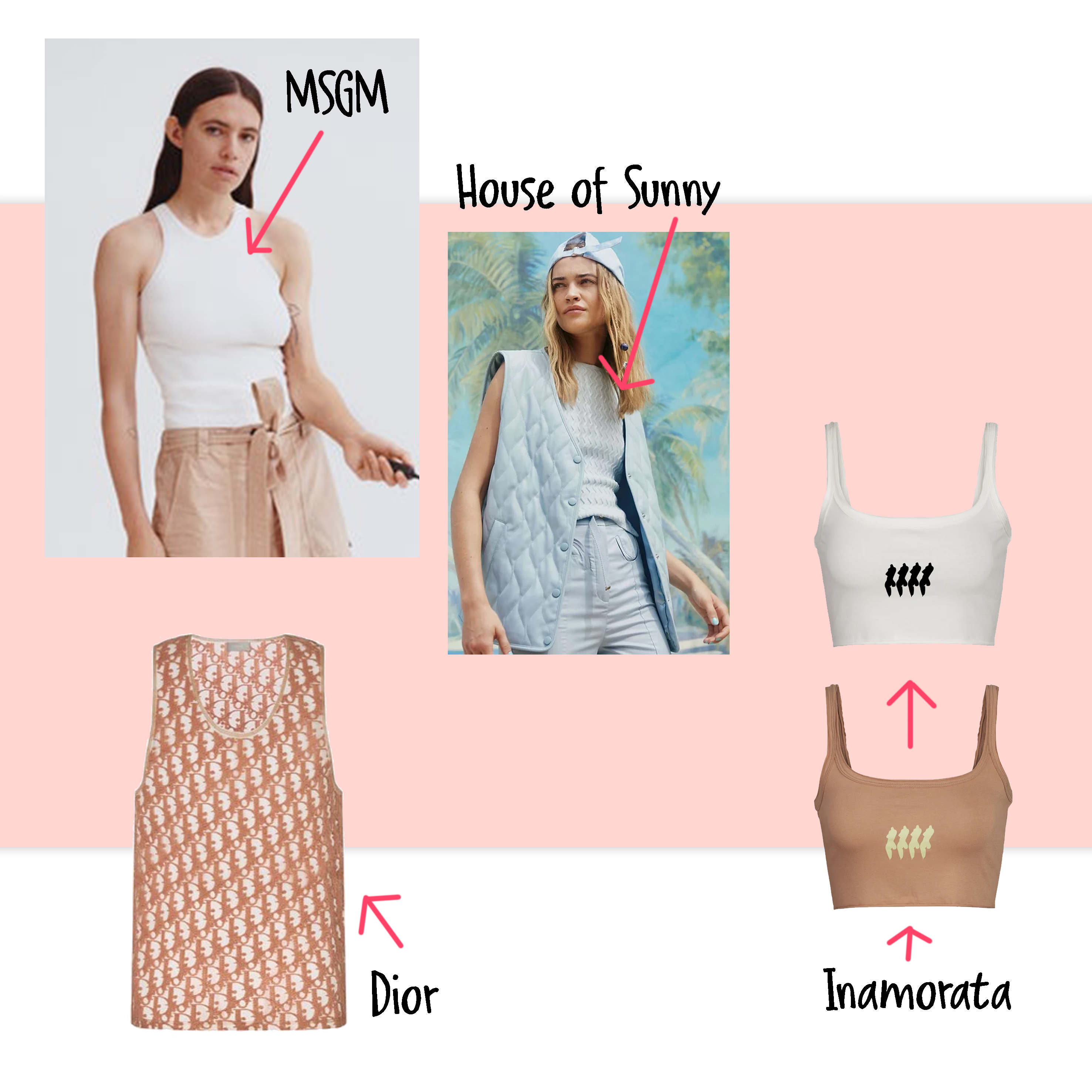 And you, how will you wear it?