Inflation and speculation, who controls?

Going to the grocery store every day a surprise, the price fluctuation is going out of control. Acrimony asked a finance expert, Dr. Francesco de Angelis, former president of the Italian Association of Financial Consultants, how the price market works. 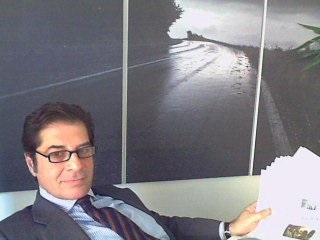 Dr. De Angelis, good morning, can you explain in simple words how inflation is born?

Inflation, for a family, is the increase in the price of goods and services that are normally purchased, is the so-called "basket of consumption".

Not all price increases (inflation) in history have identical causes,

For example, prices can increase because there is more demand for a product that is perhaps at that time scarce on the market (there is less or equal production of the previous year but demand has increased). Imagine the price of cherries when hail ruined crops or the price of gasoline because war prevents the purchase and transportation of oil

A different cause of price inflation for households is the decrease in the value of the currency with which goods are bought.

If the currency with which I buy a product (especially if foreign) is worth less than other currencies I can buy with the same amount of currency a smaller amount of product.

When, in the history of humanity, is the first time that we start talking about inflation, at what time?

Inflation has existed for millennia and is linked to the very nature of the currency. Metal coins were "invented" by a people, the Lydians who lived in a part of present-day Turkey 2500 years ago.

Two Lydian kings have entered into our ways of saying: King Midas "who transformed everything he touched into gold" and King Croesus who was "rich as a Croesus". We know from historical sources that both in the reign of the first and the second there were periods of inflation.

Metal coins for millennia had a value corresponding to the weight of the metal (gold, silver or copper) with which they were struck.

A "devaluation", that is a reduction in the de facto value of each coin, could be made by the minter, putting less metal (lighter coins) or "lowering the title of the precious metal"18 carat gold instead of 24 carat gold, for example, for this reason gold coins were "bitten" because pure gold is more malleable than the gold alloy.

In addition, the coins were "lightened" by some owner who filed the edges of the coins to scrape up gold dust or silver. This process is called "shearing" and is an example of inflation due to the value of the currency.

Why have the Germans always been so obsessed with it, while we Italians have often favoured it, I mean the times of the lira of course?

Italians have often used the "devaluation" of the lira, that is they have intentionally reduced the value of the own currency in order to have an objective of incentive to the export. By reducing the value of the lira, those who bought from abroad with pounds or dollars, for example, could buy more goods whose price was in lire. This operation by the government is called "competitive devaluation".

This type of economic operation also caused price inflation in Italy because it is true that our products were cheaper in foreign markets but the foreign products we bought were more expensive for us Italians.

For the Germans, the "terror of inflation" is linked to their history.

In the 1920s in Germany, as in the western world, banknotes circulated mainly and not gold or silver coins.

The notes said "Payable on sight to the bearer". The bearer could present the note at any time to the banker and receive in return what was the "true" value, namely gold or silver.

In fact, the German banks and their central bank (the Deutsche Bundesbank) had absolutely no gold or silver to "cover" even a small part of the banknotes in circulation.

Germany had lost the war and had to pay huge war damages to other nations that certainly did not accept German banknotes. Anyone who received marks in payment then tried to get rid of them as soon as possible by buying something.

In 1923, it is said, a gentleman was robbed with a wheelbarrow full of marks, the robbers kept the wheelbarrow and left the marks on the ground. A story, probably false, that still gives the idea of the situation.

This trauma is still deeply rooted in German families and is handed down from generation to generation.

The single currency seemed to have removed the problem of inflation. What changed the scenario?

Let us make it clear that inflation is now high because it has been very low in the last two years. In the period of the Covid the purchases have been reduced a lot therefore the accumulated commodity has not had a constant and supported "demand" and for the "law of market" some goods of the basket have remained to the same price or are even diminished.

The end of the pandemic has led all of us to "return to normal life" creating in a short time a very significant "demand" and therefore leading those who offer to raise prices knowing that even higher would have been accepted.

But in addition to this push of "take back normal life" fate has brought us a war in Europe, increasing the prices of raw materials gas, oil, wheat by over 100%, thus creating inflation.

Inflation in the eurozone: According to the latest Eurostat data, it reached a new record in May, with 8.1% on an annual basis, while the war in Ukraine continues to fuel a surge in energy and food prices.

So to answer it is the whole Euro area that has seen inflation rise a lot,

Europe does not produce enough oil, gas, wheat or maize and must therefore import them by paying more for those scarce commodities whose prices have risen.

Italy is a country with a very high debt: what are the consequences of an increase in inflation?

The Italian public debt is financed through the issuance of government bonds: I go to the bank or to the Posta Compro, for example, of BOTs or BTPs (Ordinary Treasury Bills or Multi-year Treasury Bills) issued by the Italian State. Periodically I receive an interest on the money I invested by lending money to the State.

The state each year receives economic revenue from taxes (eg Irpef or VAT) and pays the salaries of the public car, Health, etc.

So it receives from taxes and taxes and spends on public expenses.

If it spends more than the public budget receives, it goes into deficit; the accumulated annual deficits are the public debt.

Over the past 30 years, we have often spent much more than we have earned and so the cumulative deficit has increased to over EUR 2800 billion.

If inflation is, for example, 2% per year and the State promises to those who buy its Poly-Year Bonds (BTPs) a return equal to inflation, the cost of public debt, assuming that it consisted of BTP all equal would be 2%.

But, as in the current case, if inflation rises to 6%, the investor in BTP rightly wants more on his investment and then all the cost of public debt goes up, obliging them to raise taxes or reduce expenditure by 3 times as much as in the previous period.

What weapons does the government have to control price speculation and protect market spending?

The Government has structures that monitor prices and that can act if there is a "market manipulation", but let me say that the citizen must do his part, has tools to report to the authorities of unfair commercial practices, through the so-called Mister Prices or the Guarantor for price surveillance.

He proposes to the Government, targeted or structured actions, to reform the markets following the analysis and detection of anomalies or malfunctions. It can also report the "suspicious" dynamics of prices to the Minister of Economic Development, which provides for the formulation of reports to the Antitrust, to solicit inspections of the Guardia di Finanza and to initiate actions of moral suasion.

The Ministry of Economic Development also makes available to the consumer the Price Observatory, a service of information, transparency and guidance of users and economic operators, to document price trends, consumer goods and services, their variability and inflationary dynamics. It is necessary to contact the Guarantor Website by e-mail: misterprezzi@mise.gov.it or PEC: misterprezzi@pec.mise.gov.it.

Thank you Dr. De Angelis and we hope that this summer does not cost us too much!

The world is thirsty: and it wastes water

Sanremo 2023, Chiara Ferragni arrives on the stage of Ariston

Chiara and Liliana, the future of memory