The race for the Presidency of the Republic officially opened on January 3rd. The competitors at the fence, as always, are many and among these the self-candidates stands out improperly. Then there are the candidates created by the mass media who, in order to listen and sell copies of newspapers, delight in creating scenarios that are at least impractical. On the other hand, most of them have become party lobbyists, trying to influence those few who read them. And then they complain about the dying of copies!

But let's take a step back.

The election of the President of the Republic takes place on the basis of the dictates of Article 83 of the Constitution which, summarizing, indicate: in the first three ballots a qualified majority must be obtained, indicated in 2/3 of those entitled to vote, i.e. the members of the Chamber and Senate plus 58 regional delegates, for a total of 1009 voters. From the fourth vote onwards, an absolute majority is required for the election, that is, half plus one. In essence, the threshold is lowered by more than two hundred votes.

In the first instance, for institutional etiquette, the candidacies of the Presidents of the Chamber and Senate are evaluated, subsequently the convergence is sought on the personality who, it is assumed, is most able to guarantee the role of super partes. In the past, as already written, the election of Giovanni Leone on the 23rd ballot was passed to that of Francesco Cossiga, elected in the first ballot.

Self-nominations are a clear institutional flaw and do not bring good, as evidenced by the past events of Amintore Fanfani, Walter Veltroni, Arnaldo Forlani and who today risk bringing harm to the various Pier Ferdinando Casini, Dario Franceschini and above all to Silvio Berlusconi. The inevitable Giuliano Amato is also predicated, for twenty years a good name for all seasons... except the right one.

It was the practice that the underground maneuvers of the parties to "burn" uncomfortable candidates began two/three months before the election, this time it was President Mattarella himself who started the electoral saraband by declaring at the end of February, in front of a schoolchildren, that he felt like a a bit tired and wanting to go home at the end of the term; practically almost a year after the presidential election and as they say in Milan: "it was never happened!".

Hence the first improper narrative of almost all the media: "Mattarella wants to stay at the Quirinale!" A madness that displaces all political leaders. And the President's repeated end-of-mandate resolutions are useless. The second "fake" comes with the year-end speech by the Prime Minister Mario Draghi, that: "I am a grandfather at the service of the institutions" is immediately interpreted as a request to want to go to the Quirinale. An even more macroscopic madness.

Draghi, actually a good Jesuit, praises the parties to warn them about the year to come or a foreseeable grueling electoral campaign in view of the 2023 political elections. When he says that the parties are able to complete the work he started, he is saying that he is not willing to go on if an agreement is not found on some fundamental points for the management of European funds and the reforms to be completed, but above all if a personality who knows how to guarantee the work of the current government, as done by President Mattarella.

Rino Formica, a thoroughbred politician, to the question of the Old Concept, for Repubblica.it: "Did you understand how the election to the Quirinale will end?" he replies: “Hard to say. For the first time a decomposed Parliament will have to produce a compound. I have never seen a more earthquake situation than now”.

Behind the hysteria of the proliferation of self-nominations and totonomi is the fear, if not the terror, of a leap in the dark that would lead to early political elections and this the parties cannot afford; the ideal solution, according to their wishes, would be the status quo of things: Mattarella and Draghi remain in their place to finish the term. But the devil is revealed in the details, Mattarella is not available and Draghi is only on his terms; it being understood that the international markets and the Chancelleries around the world want Draghi to be the Presidency of the Council and as a warning... we are talking about Spread again.

After all, but at the very bottom, pious souls "wish" a woman on the Hill. Marta Cartabia and Maria Elisabetta Alberti Casellati the most cited, except for the meteor Letizia Moratti which was an impromptu invention of Peter Gomez from Marta Merlino, La7, who seeing the councilor for health of Lombardy guest in the same program, invented on the moment that it was the secret candidate of the center right. More than a journalistic blow it was a sunstroke! 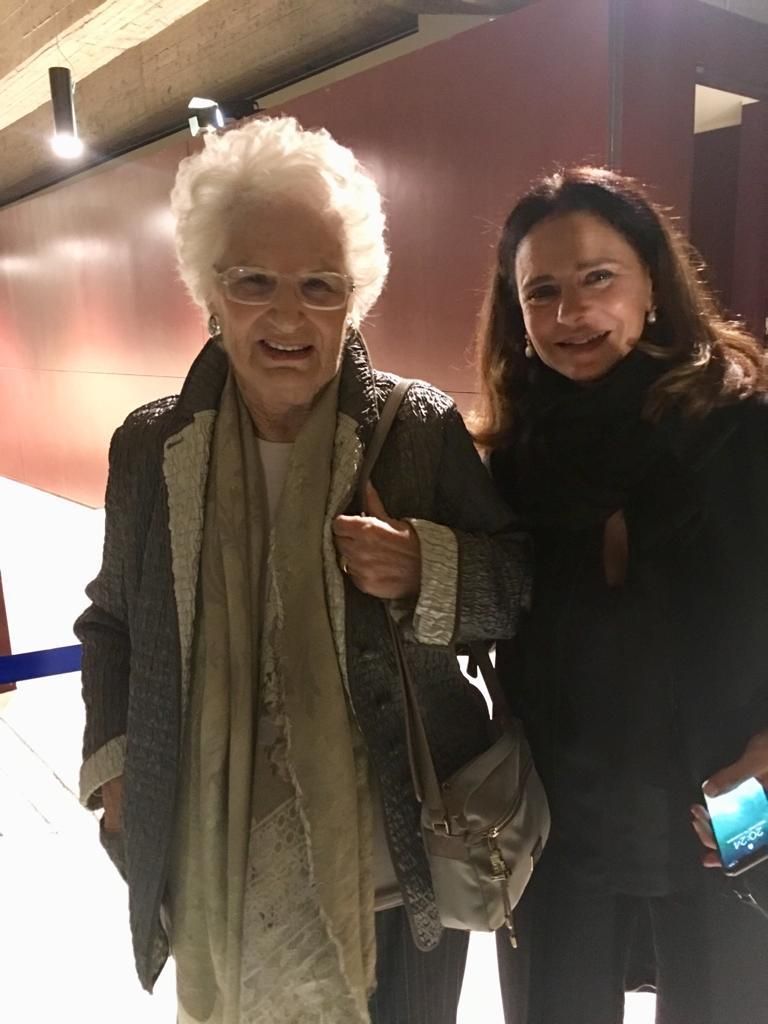 If we lived in a perfect world, the most accredited woman to go up the hill would be Senator Liliana Segre, whom all good parliamentarians would vote for, just as all good Italians would like. But it would be improper rudeness to burden with such a commitment what many understand as the "Grandmother of Italy".

The vote for the first ballot will be held on January 24th with the unknown factor of the defection of dozens of voters among the 1009 great voters due to Covid, so as not to miss anything.