Pajamas: the passepartout for glamorous daywear and sophisticated nightwear

A garment with very ancient origins

Quarantine has upset us all. Between canceled trips, postponed commitments and suspended projects. Despite this radical change of life, we had the opportunity to enjoy our homes again and what better way than to stay in pajamas all day? Comfortable, soft but also versatile, the pajamas are a real piece of clothing. At night it accompanies us during our dreams, during the day it makes us relax in front of a film and for some years it has also become a real trend worthy of being flaunted. For lunch with friends and dinner with boyfriend.

Pijamas have very ancient origins: its name derives from the Hindi term "pay-jame" that the Persians used to indicate the long, loose and soft pants used by both women and men. This garment arrived in the West thanks to the English colonists who learned about it in 1870 in India, where for many years it had been used as an alternative to night shirts. The story of the pajamas that we know today starts from 1920: after the Belle Epoque and the stereotype set of the woman, in the 1920s the female figure becomes more loose, androgynous and she does it using the men's pajamas as a daywear garment, sophisticated and provocative . From the 1920s to the 1930s, it became a real leisure garment until in 1933 Daisy Fellowes, Parisian editor of Harper's Baazar, wore a blue silk pajamas to receive guests for her parties. From that day on, every woman wanted to be portrayed wearing a colorful, sophisticated and precious pajama. 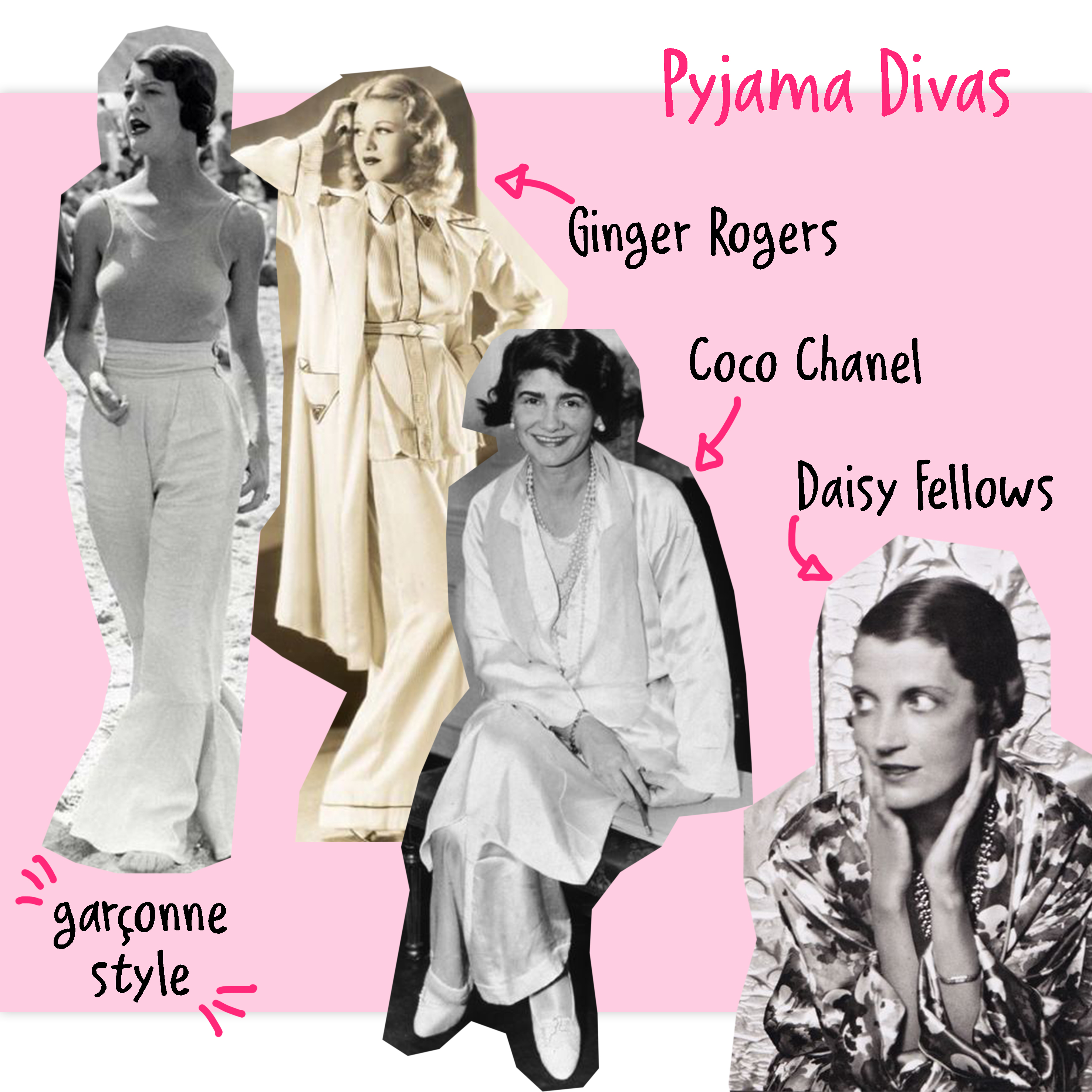 Over the years, however, pajamas got closer and closer to an imaginary homewear, to then be replaced by baby dolls and the most common night pajamas. Despite this, its glamorous charm did not disappear and many designers continued to propose it as a chic and elegant garment. In the 1960s Irene Galitzine invented the well-known Palazzo Pajamas, a classic worn by the coolest women of that period such as Jacqueline Kennedy and Marella Agnelli. This version was re-proposed by various Maison such as that of Emilio Pucci with geometric and playful prints, until it became a garment dedicated only to sleep. 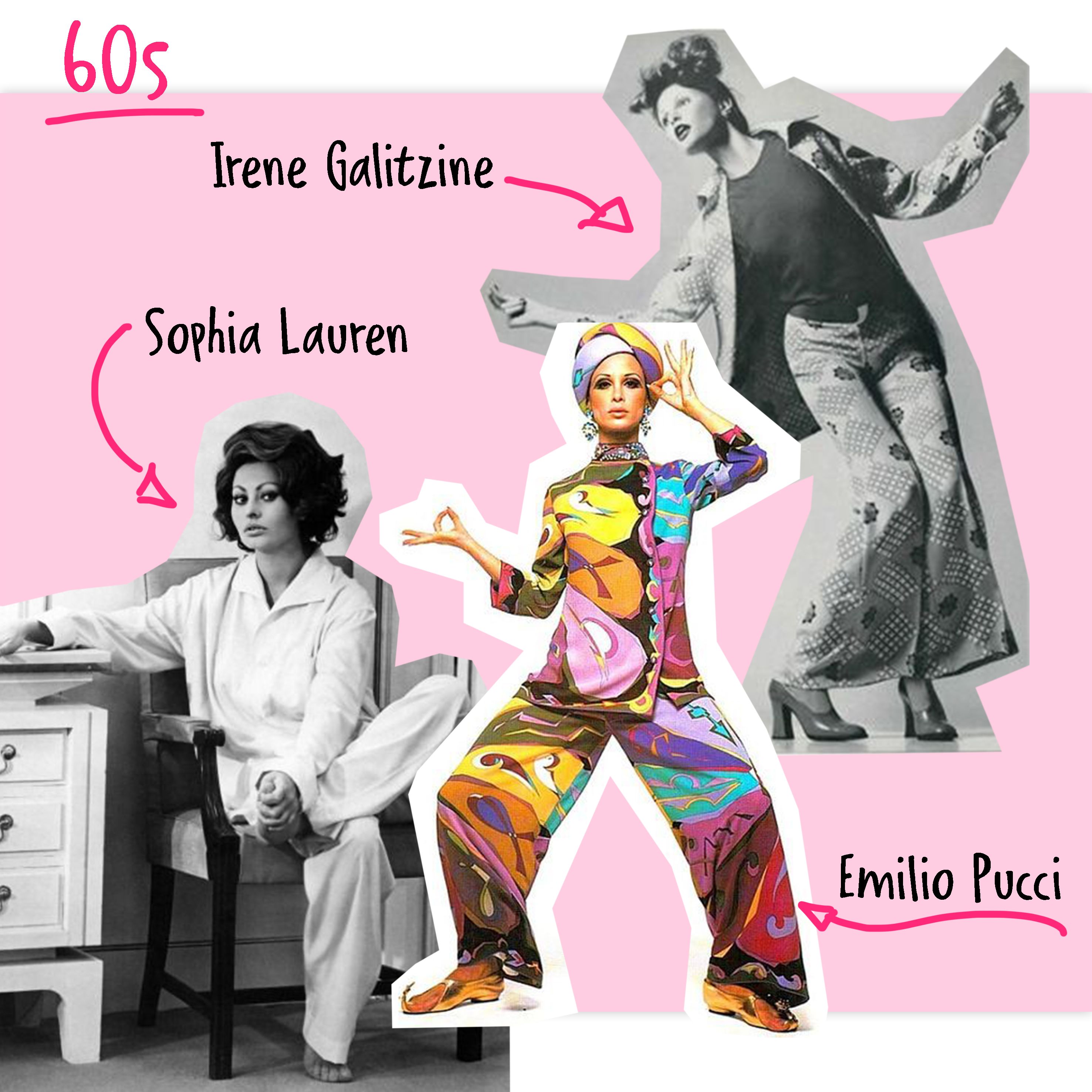 It was Marc Jacobs who brought it back in 2012 for the Louis Vuitton FW13 collection inspired by lingerie. From that day on, the pajamas reappropriated its daywear version, plowing the catwalks of the most important fashion houses: Dolce & Gabbana, Gucci, Stella McCartney, Céline, Givenchy and many others. A brand that has made pajamas its hallmark is F.R.S. For Restless Sleepers, which with palazzo pants, kimono tight at the waist and buttoned shirts has turned its vision upside down. Francesca Ruffini, founder of the brand, made the pajamas a garment to be taken off for bed, a combination of sophisticated materials and poetic designs to be worn both day and night, but not at night.

It must be said that pajamas are the best friend of smartworking (and not only during quarantine). The warm season has now arrived, so we just have to choose the most suitable pajamas to leave the house!