Prince Philip's funeral will not be a conventional funeral

The death of Prince Philip of Edinburgh was announced on April 9th, 2021, just days after returning from a demanding hospital stay.

National mourning is usually proclaimed on these occasions and various ceremonials (official and unofficial) are carried out throughout the city of London for almost eight days.

The case of Prince Philip, however, will be different from all those that preceded him.

In fact, his will not be a memorial funeral for two reasons: first the restrictions due to Covid19 do not allow canonical memorials and secondly Filippo did not want a funeral from a label.

In fact, it is said that part of the celebration was engineered by the Prince himself and that the operation is called “Operation Forth Bridge”. Each organization of a royal funeral bears the name of a bridge from Great Britain. Do you want to know what is the name of the one scheduled for Queen Elizabeth? London Bridge”, of course!

So what is there to know about the funeral of Queen Elizabeth's consort?

Time and place of the celebrations

According to the restrictions provided for the fight against the spread of Covid19, the funeral will include few participants, thirty to be precise will be present.

The ceremony will take place on Saturday 17th April at 15:00 GB (Italian time 16:00) in the St. George Chapel at Windsor Castle after a short procession. A minute of silence will be observed throughout the country.

For us mere mortals, the funeral will be broadcast on the BBC.

A funeral is always a sad time, but when it directly concerns a member of the British royal family it also becomes a social event. Given the very close selection of participants due to Covid19, we all wonder who had the honor of being invited.

Here is the complete list that reserves, yes, even a Made in Italy participant:

The Duke and Duchess of Kent, the Prince and Princess of Kent, Earl of Snowdon, Lady Sarah Chatto and Equerry Brigadier Archie Miller-Bakewell.

Little George, Charlotte and Louis will stay at home.

Where is Meghan Markle?

No, I did not forget to mention it among the participants. The flight from California to Buckingham Palace hosted only one passenger: Harry.

The official version has it that given the pregnancy of the former Duchess of Sussex, the long journey was advised against by the doctor.

But I want to dare and think that most likely she would not have been a welcome element in such an intimate moment for any kind of family.

The reconciliation between Harry and William

The absence of Meghan Markle could lead the two brothers to forget the recent (but already old) grudges. The etiquette wants William to wear the military uniform for Prince Philip's funeral, but Harry, now out of the royal family, will not be able to wear it.

In light of this it seems that the eldest son has decided, out of solidarity with his brother, not to wear it himself. Could it be a symbolic first step for a family reunion?

*In his place it could be Princess Anne who wears the uniform. Filippo's (favorite) daughter, she shared many passions with her father.

Black is obviously a must, as is severity and austerity overall, a symbol of respect and moderation towards the deceased.

However, there is a habit that is granted to women for their “funerl look”: the hat. We remember that of Queen Elizabeth at the funeral of Lady D: 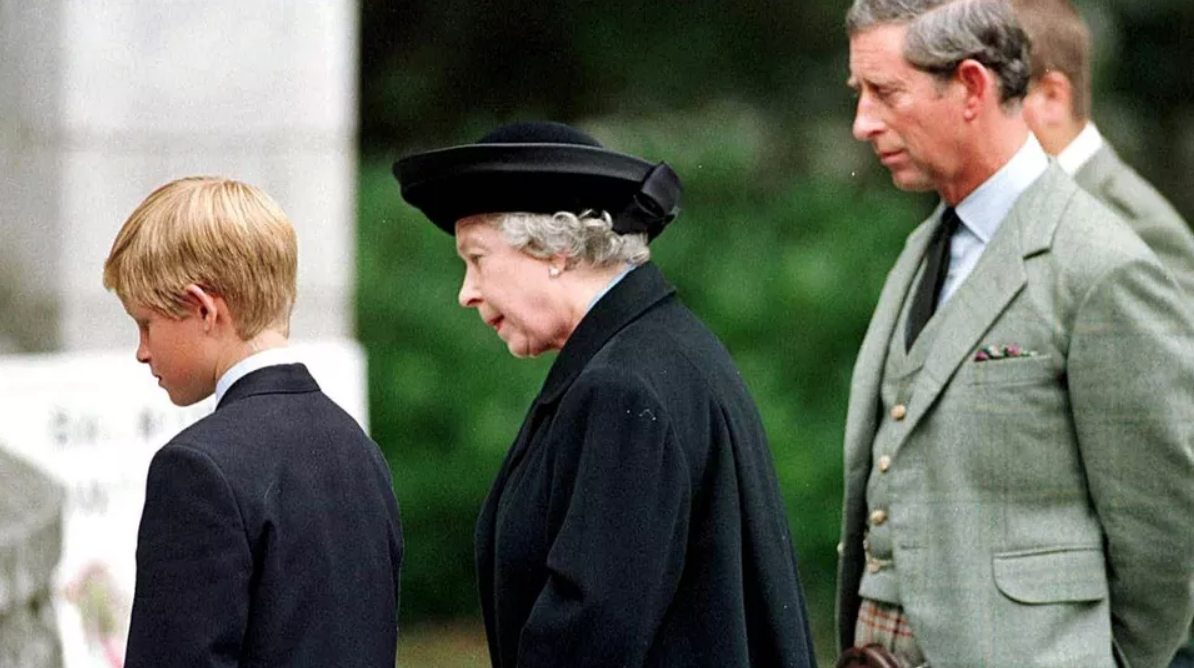 The solitude of Queen Elizabeth

There are those who say that Queen Elizabeth would not have been the same without the constant support of Prince Philip. Theirs was a perfect “family unit, an expression that in the last year we have heard and uttered exclusively in speeches related to the Coronavirus.

Also in this case, for the same reason, the provisions of the guests inside the chapel will be arranged by family unit, so the Queen will be alone.

Flowers and charity in honor of Prince Philip

It is well known that on the occasion of any funeral or royal commemoration, the English people usually bring flowers in front of Buckingham Palace and at places of worship.

This year, due to Covid19, the royal house explicitly requested not to go to court for floral tributes so as not to create gatherings.

The same has made available on its official website the possibility of donating money to the charities preferred by the deceased Prince.

On the occasion of the funeral of a royal, the family offers guests a “Book of Condolence”, literally a book of condolences. On this family, nobles and public figures invited to the celebration affix a dedication for the deceased.

This tradition will also be carried forward digitally this year.

The applause of the indigenous tribe dedicated to Prince Philip

One of the most interesting curiosities about the death of the Prince is that concerning the Vanatu tribe. This is an indigenous population that resides in Tanna in the Pacific Ocean and is totally dedicated to Philip as if he were a messiah.

In 1974 the tribal chief Jack Naiva saw the Prince in white uniform arrive, with a proud attitude on the deck of the ship.

From that moment he was seen as a deity. The Vanatu legend has it that the fact that Philip had white skin depended on having rolled on a coral reef that had exfoliated his skin, transforming it from black to white.

Don't imagine the classic hearse. From these few lines you will surely have understood that Prince Philip was by no means a conventional type. His last wish with respect to his funeral? The different funeral car.

It seems that a Land Rover built according to his directives will carry the body. The Prince had in fact helped design the Land Rover Defender 130 Gun Bus that will accompany him on his last journey.