The dilemma of inclusivity: yes or no?

Does highlighting LGBT+ issues in Italy favor an evolution or is it a further discrimination factor in a certain sense?

Last year in Italy, maybe for the first time LBGT+ issues were at the center of the public discussion. DDL Zan has turned attention to a world that is not submerged at all, but that remains in a certain sense silent. DDL Zan was the protagonist of many news, with a great deployment of pop figures who took sides in favor of the measure, showing how it is really perceived by  really perceived by many people and enlightened personalities.

The situation remains decidedly opaque compared to the rest of the Western world.

The substantial difference between Italy and the Anglo-Saxon countries, for example, is that in the latter minorities are protected with rules and laws, starting from the school environment. People who are part of the LBGT + community are naturally represented. Homophobia exists but is ascertained.

In Italy, on the other hand, a curious phenomenon occurs, where, alas, there are no laws and homophobia is still a cultural factor: Certain people who come up with chilling expressions can be criticized, but in the end nothing happens. And we saw many offensive things happening during the discussion of DDL Zan.

We are witnessing some timid attempts at revolution, still something, but something is moving.

To explain it, let's give an example: it is very interesting to look at the option on the site for rentals and houses, Idealista, where it is possible to select LGBT + friendly renters. 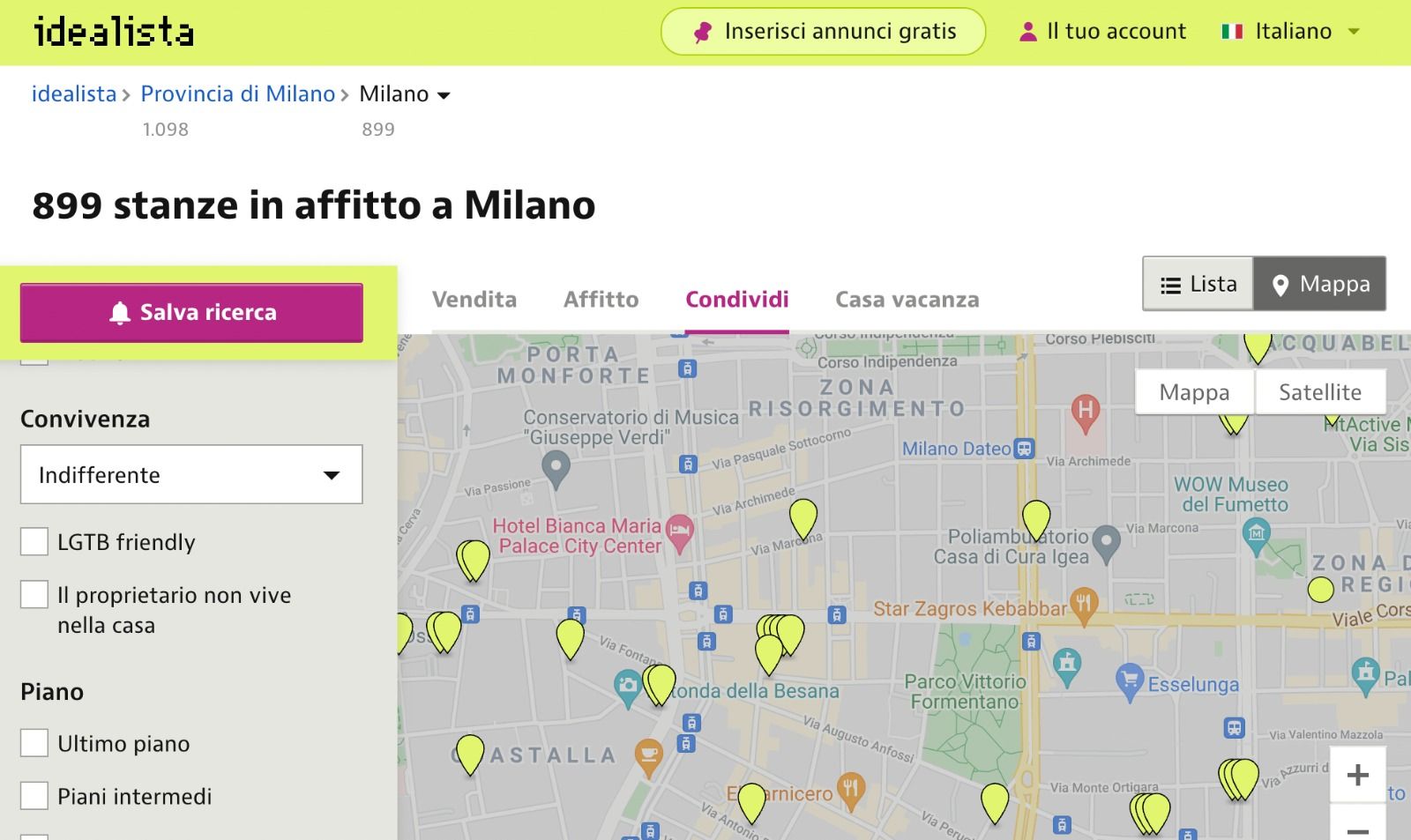 Now the situation can be analyzed from two sides. As we have seen, the recognition of the rights of the rainbow community in Italy is still very precarious. If we look at our social world, the impression is that of being on par with the rest the world. Even if we talk more freely about certain issues, many boys and girls are still afraid of coming out: as reported by Gay Help Line, a national contact center against homophobia, in 60% of cases the young people who call, between 13 and 27 years old, ask for help on how to come out.

It could be objected that in a civil society there should not be the need to create a special box for the LGBT + community, which on  the contrary, creates greater discrimination. Equalityas normalization is a beautiful goal, but until it never comes to not having to stop emphasizing, highlighting, making differences. Until everything is normal.

Photo by daniel james on Unsplash