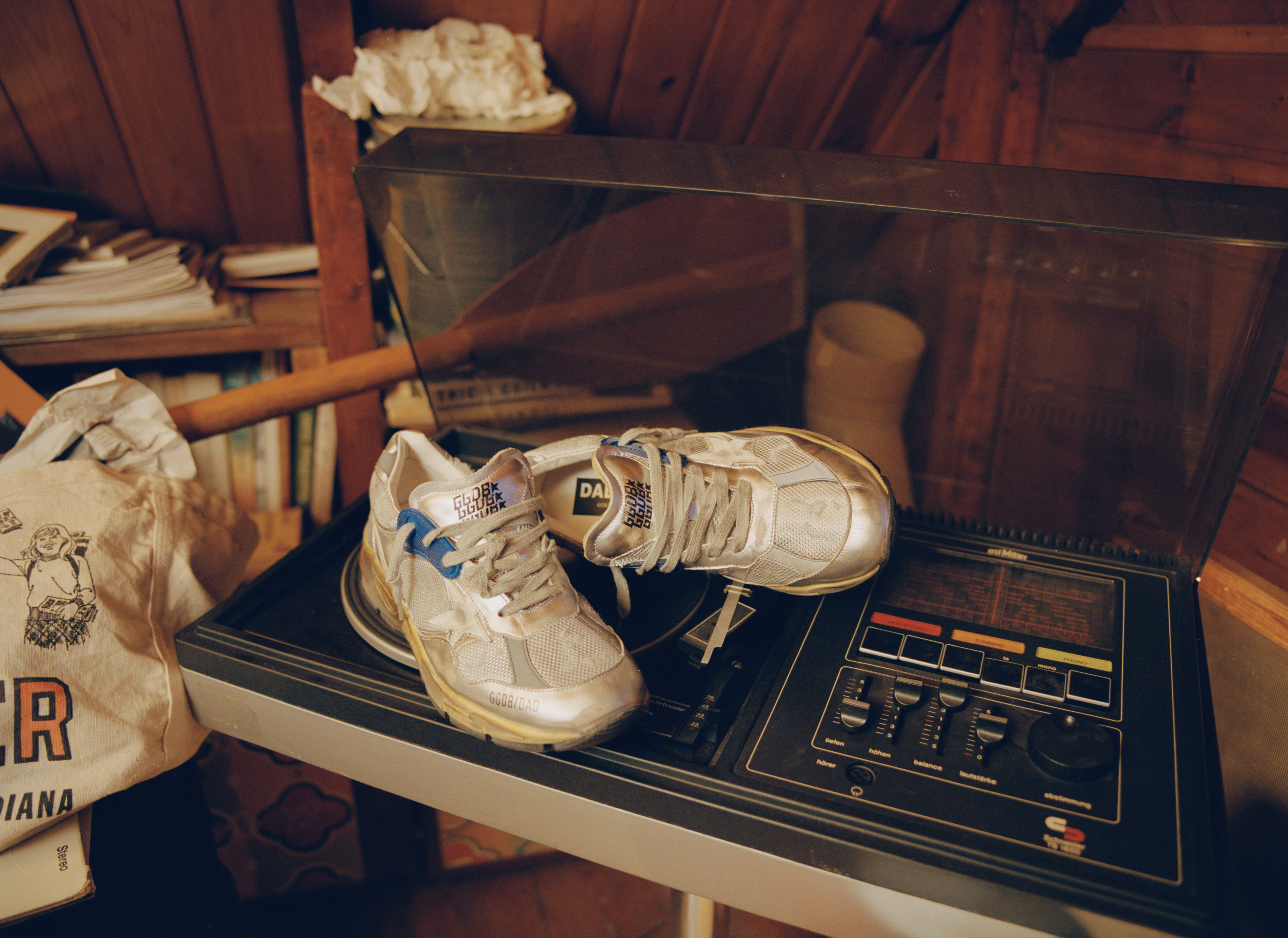 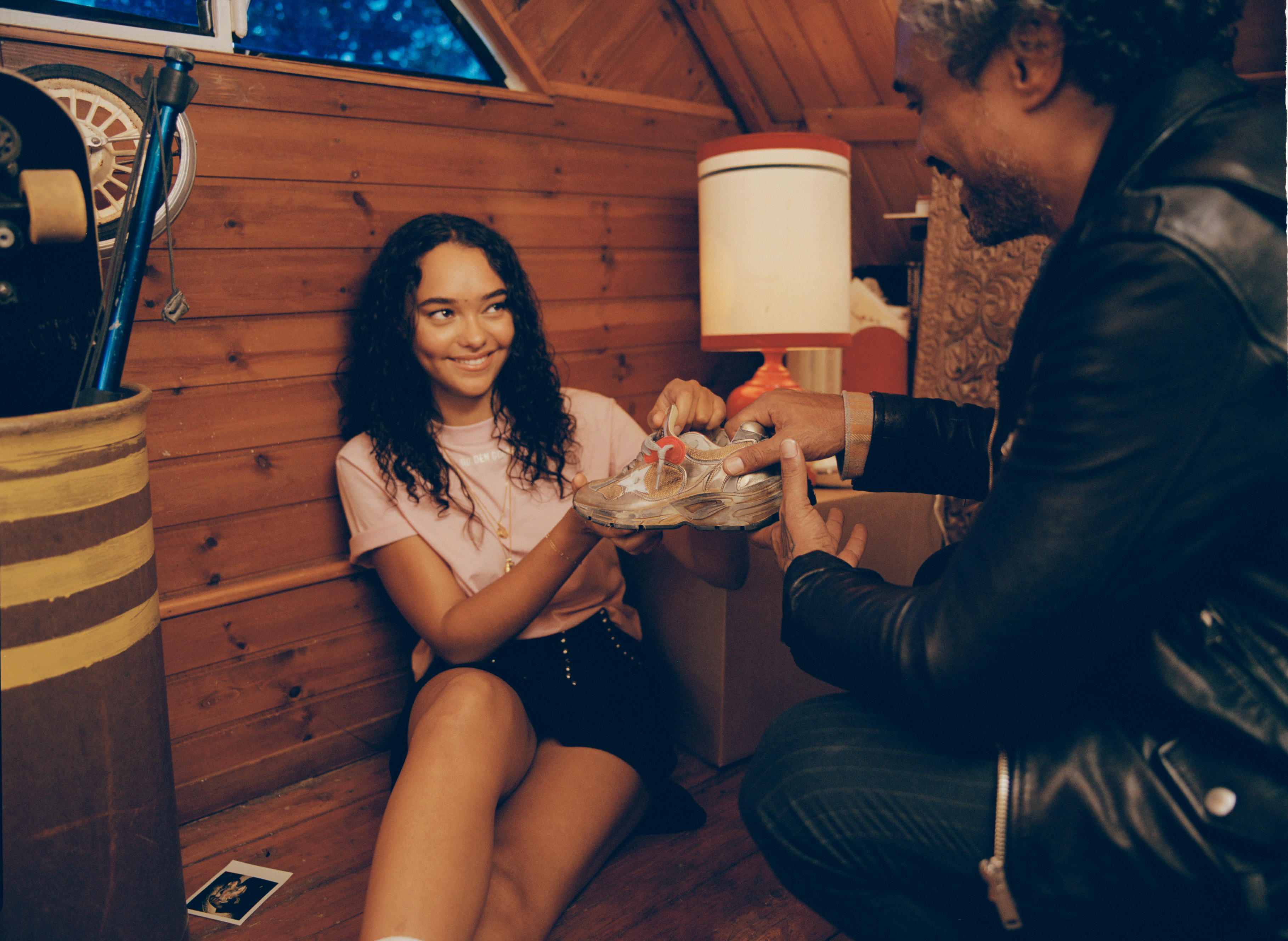 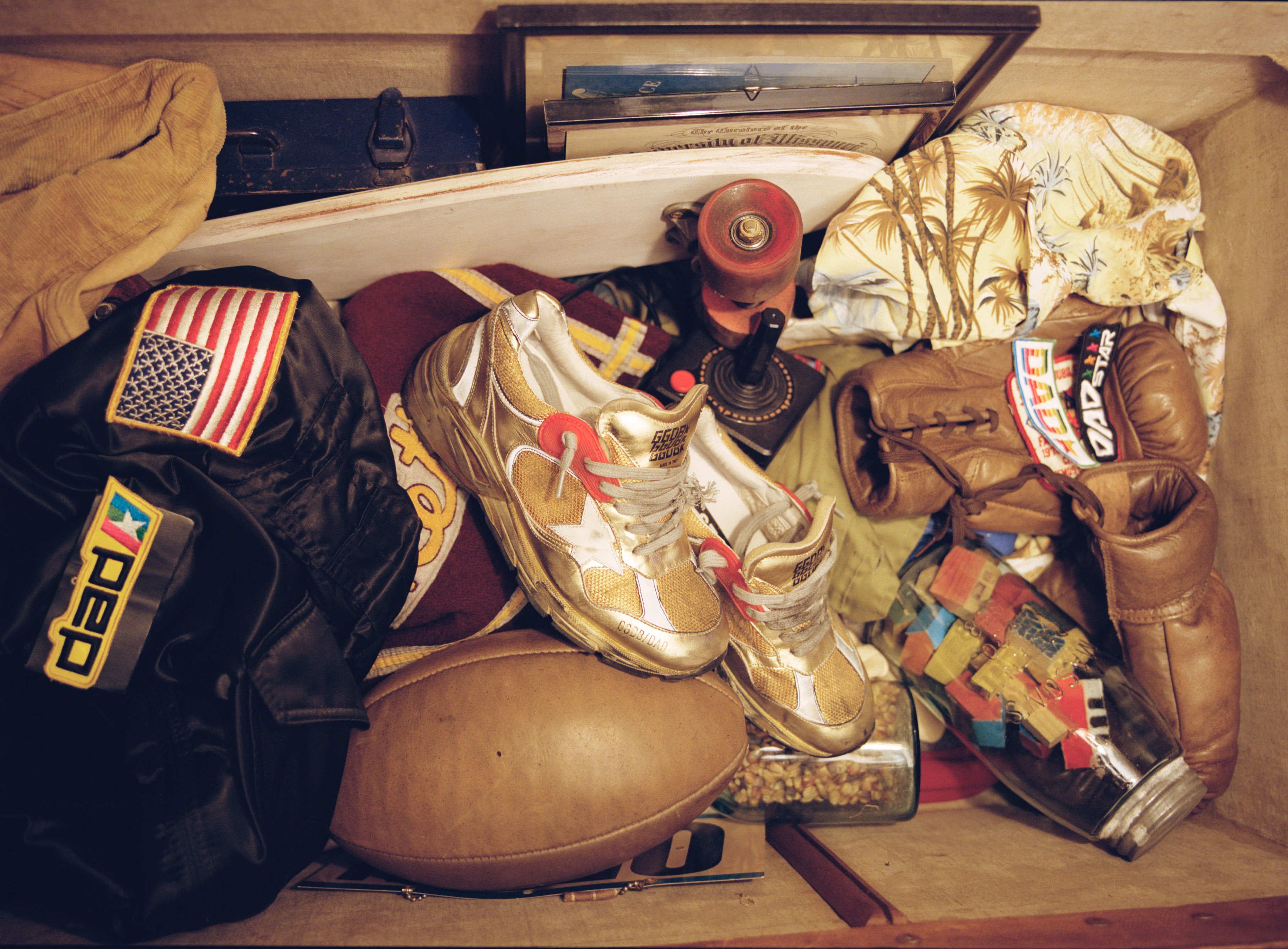 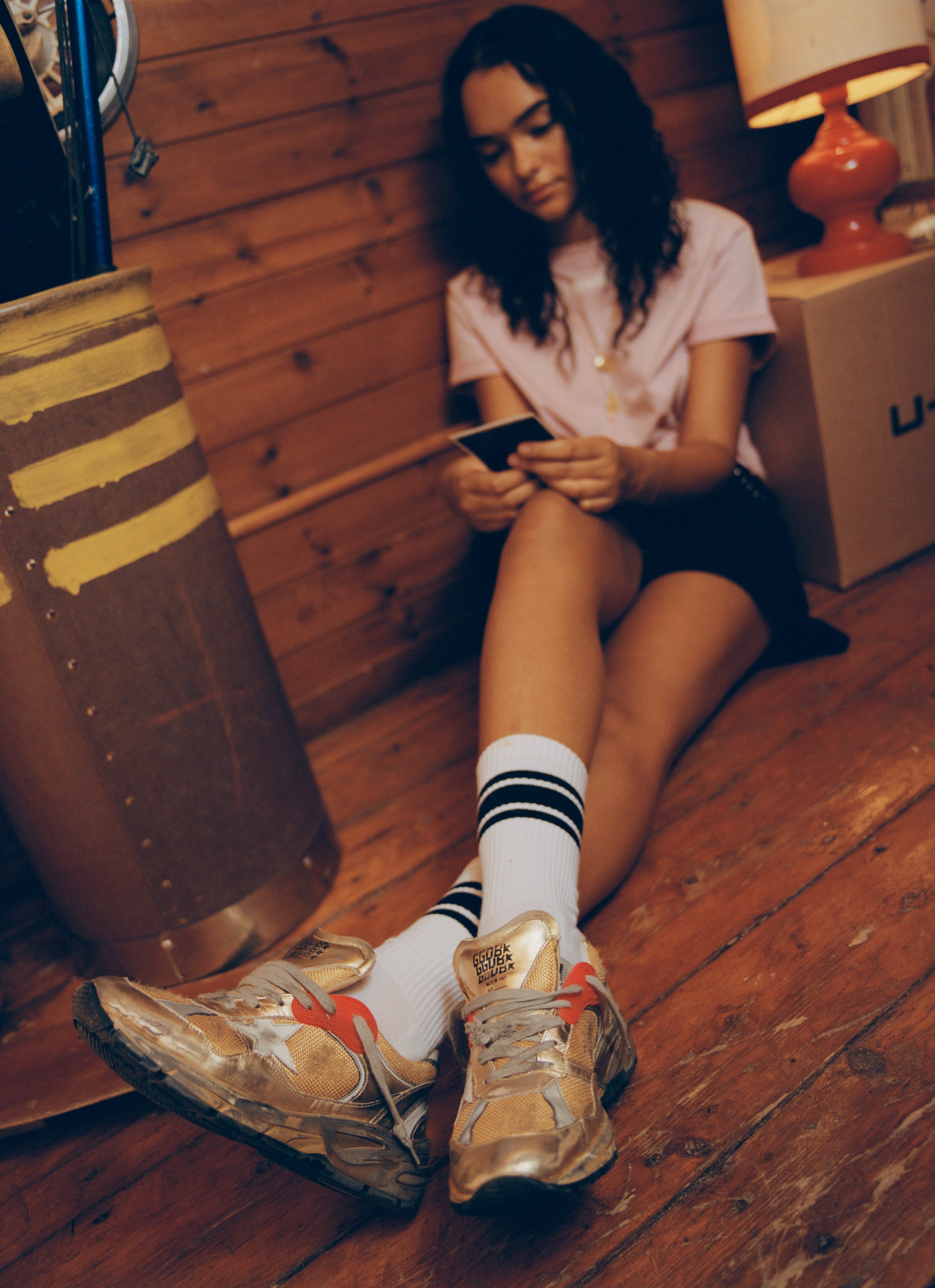 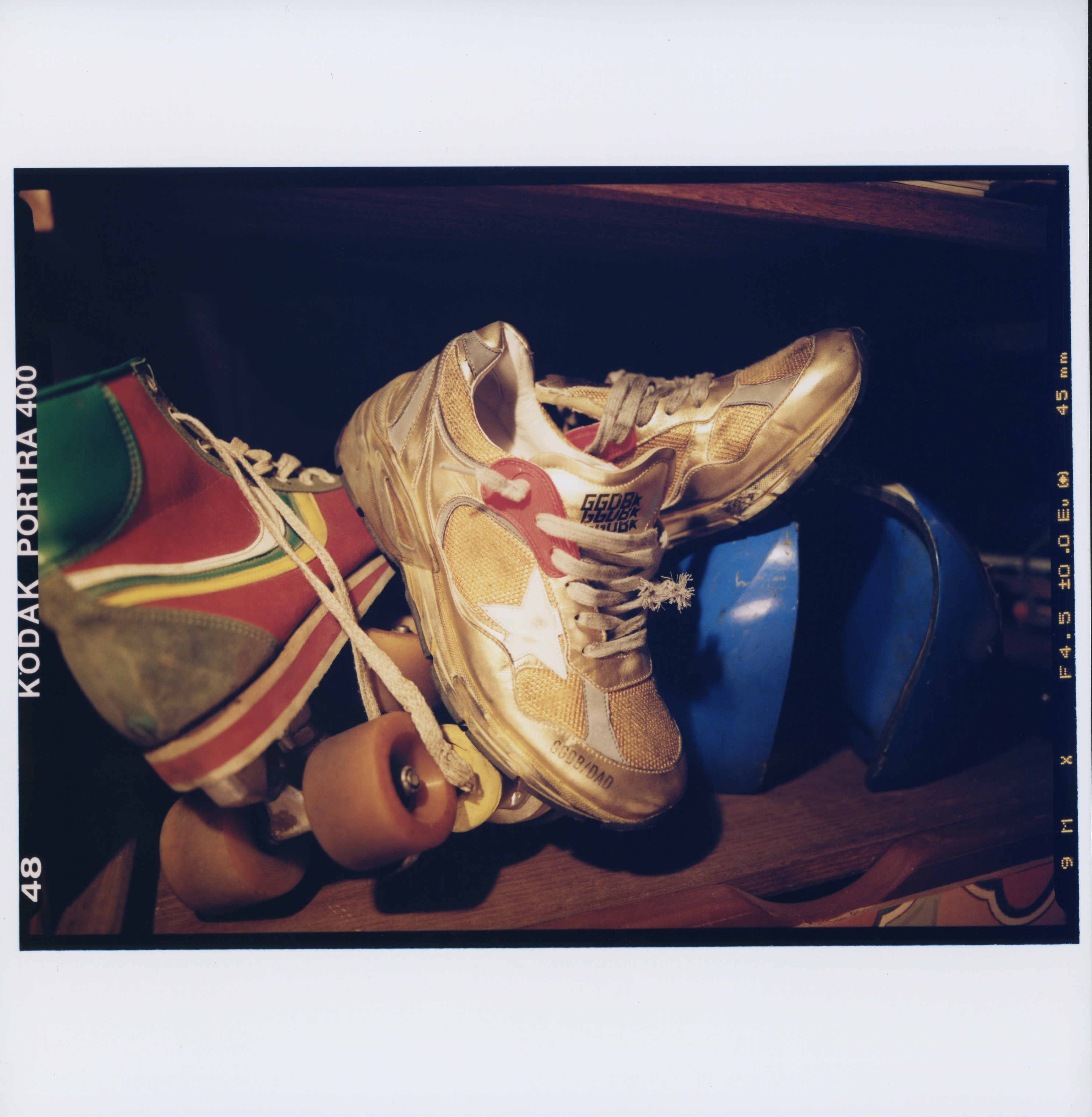 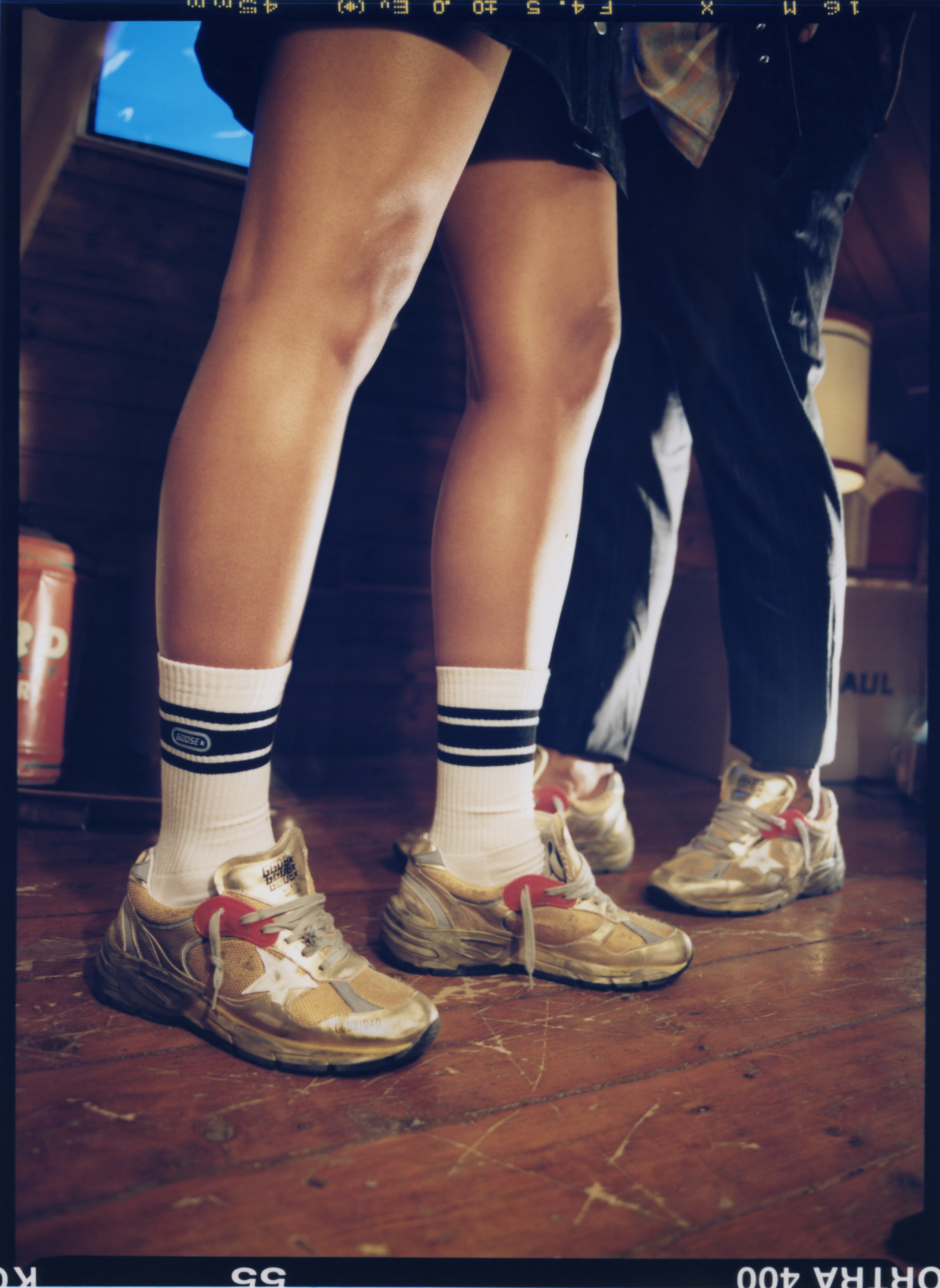 The new Golden Goose campaign - “Dad Star / Pass it on” is set in an attic, here a dad finds his old sneakers in an ancient trunk that serves as a time machine. The background music, coming from an old record player, is the soundtrack of the memory that resurfaces in the father's mind. The time has come to pass on her shoes and their story to his daughter, so that she can literally retrace her steps and, in turn, walk her way. The exchange is crowned by a dance that recalls the TikTok trends so appreciated by generation Z.

The design is the unmistakable one of the 90s, the distinctive elements of the brand (such as the iconic star decorating the sides, the GGDB logo on the tongue and the worn laces in ice color) are preserved but the sneaker is made more contemporary thanks to bright details, such as colored eyelets. The vintage effect of the sole takes up the brand's original idea of exposing sneakers to sunlight to obtain the characteristic yellowed tone. Both in aesthetics and in message, the idea is that of an exciting dialogue between different vintages that learn from each other.

Introducing the new DAD-STAR sneaker to celebrate #GoldenGooseSneakersDay. A timeless piece, designed to be passed on from generation to generation. First limited drop now exclusively available on our Passport app. Get yours now via the Stories. #GoldenGoose #DadStar #PassItOn #DancingWithDadStar Shot by @federicosorrentino_o.

The Dad-Star is available in two monochromatic variants (gold and silver) from October 15th - online on the website and, at a later time, also in selected stores around the world.

A story remains if shared and therefore… PASS IT ON!

Math is an opinion