He has spent a lifetime fighting the war, always on the side of the least, always against power. The memory of a doctor who made history and managed to beat the most devious enemy: hypocrisy

One cannot define otherwise, apart from rhetoric, one who, at the risk of his own life and that of his collaborators, has treated more than eleven million patients in war territories: an Italian hero.

I barely met Gino Strada, having had him only once as a guest in one of my programs; I knew better his first wife Teresa Sarti, co-founder of Emergency with him, having always had her as a guest when there was a solidarity campaign against the humanitarian association. In addition to the dismay at the loss of a free voice like Strada, the thing that most impressed me is that more than ten years have passed since Teresa's death, I would have said much less. Actually, I didn't even know he had remarried.

I have a memory of strong gratitude for him. It was the summer of 2006 and out of childhood friendship I was able, for Rai Tre, to have Daniele Mastrogiacomo, a war correspondent for “La Repubblica”, a guest. It was a nice interview, conducted by Michele Mirabella, where Daniele illustrated very well the various ways “of being in the field”: either you do an embedded journalism and pass the reports in the shelter of the military departments that you follow (in most cases comfortably in hotel) or you risk your skin on the battlefields, giving account in person of the opposing factions. 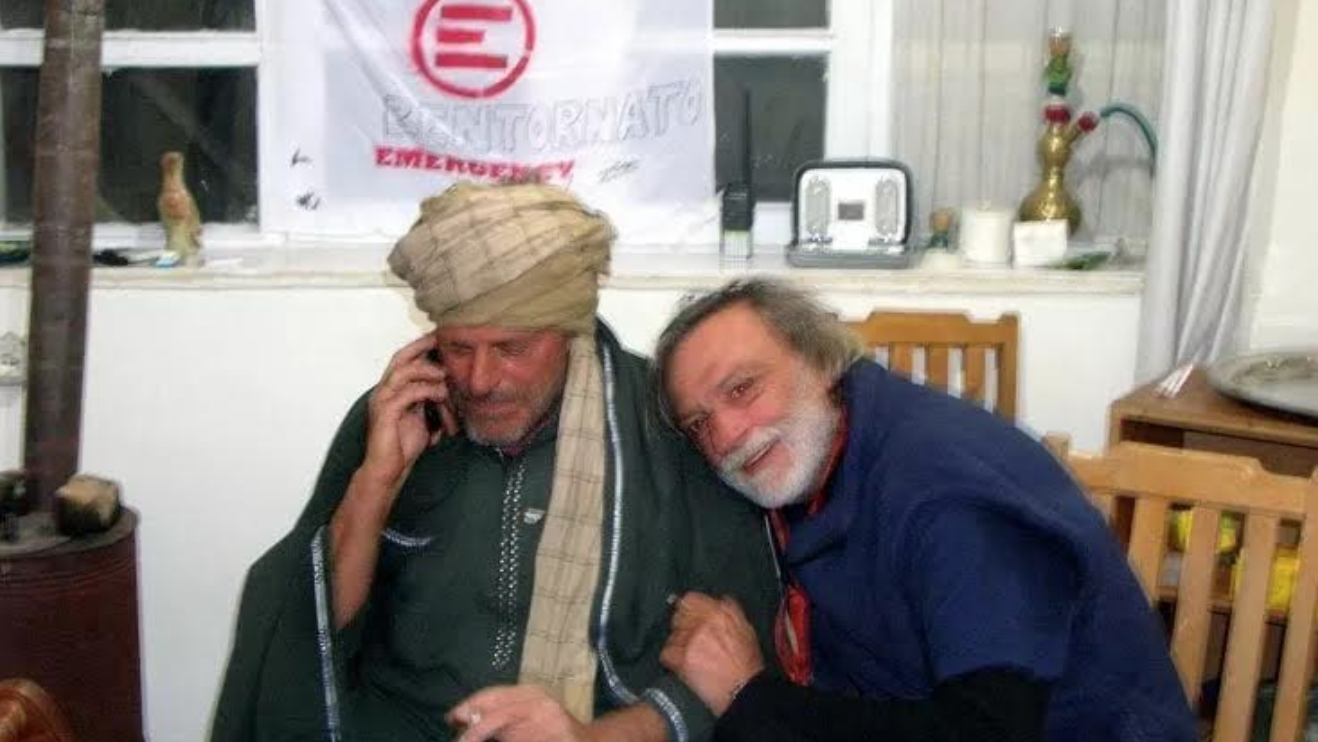 Mastrogiacomo is of the latter breed, one who is never satisfied. In the spring of 2007 the journalist was kidnapped by the Taliban who killed one of his collaborators; they accuse him of espionage and sentence him to death. In those days I was at rest but I immediately called the editorial office to have the replay of that interview broadcast; since the accusation was of espionage, we wanted to prove that Daniele had been a journalist for more than thirty years, for more than a prestigious newspaper.

It was a miracle if he saved himself, when everyone gave him up for dead and behind that miracle there was also the hand of Gino Strada who, in fact, was the first to welcome him once he was freed.

Strada was strongly opposed to any type of war and was forced, by choice of life and responsibility, to live in the most varied wars; he and his wife have opened dozens of Emergency centers to treat anyone in need, regardless of the faction they belong to.

One of his biggest disappointments was that he discovered that Italy also needs assistance centers, since millions of Italians are denied health care.

His ideas and consistency bothered many, both at home and abroad; Salvini, when he was Minister of the Interior, speaking of NGOs, went so far as to declare: “The end of the manger of illegal immigration is driving them crazy”. Today, in the general condolences he defines him: “A man of valor”. Goodness of him!

Accusing Gino Strada of having had hidden interests in the humanitarian work he supported is not only ridiculous, considering that he lived most of his life in hell, but totally out of reality: just think how much a cardio surgeon could have earned from the profession. capable of operating with an open heart under the bombs. There is no figure, other than Barnard.

I like to think that if life were a film, that of Gino Strada would certainly have been “M.A.S.H.”, by Robert Altman. Not so much for the plot full of student spirit, as for the sweetness of the soundtrack.