The many facets of the roommate

If you could ask me in the past how I imagined the experience with roommates would be, I'm sure the answer would have had a lot to do with some scene from “Friends” or “New Girl”. All I expected were house parties from Monday to Sunday, hidden love affairs and lots of new friends.

After years of sharing a room with my sister and begging to be able to return home a little later, I would finally breathe some freedom, or at least that's what I thought.

Unfortunately I soon discovered that living with other people, friends or acquaintances who are, is not as simple as you think ... The truth is that each of us has their own habits and it can happen to clash with ways of living different from their own.

There are many types of roommates and even what may appear to be the ideal person may actually hide many drawbacks.

There is nothing more wrong than the first impression: even the monster of Florence "greeted everyone".

Theoretically, the "perfect roommate" is the classic very clean and tidy person, but in practice these are the worst. They manage to hide their slightly "psycho" sides well, which then usually reveal themselves all together.

For example, some time ago we found the secret diaries (yes, there were many more than one) of the precise roommate of a friend in which the latter, in addition to a thousand follies that I cannot tell, vented his hatred for society , for human beings in general and for his poor unsuspecting roommate. And, as if that weren't enough, he also told of jokes he had played on her: using her towel as a shower mat, hiding the charger from her and, above all, inflating the cost of the bills to earn something ...

On the other hand, it is certainly not true that the messy roommate represents the perfect cohabitant: going from "Sick of cleanliness" to "Buried at home and Submerged Lives" is an instant.

In short, the types of roommates that you can meet are truly infinite, from the classic very dirty who does not take a shower even on the day of his graduation to the "ghost" roommates (who exist only if you believe in it) always locked up in their own room, of which you barely know the name and they don't even go out to go to the bathroom.

In any case, not everyone can be confined within a category and a hundred pages would not be enough to tell the infinite number of adventures and experiences that I have lived or that have been told to me.

However, I have some fun episodes to put in my "Top 3": in third place, the roommate "stay" with the dog that goes to the toilet all over the house; to the second the roommate of a friend who kicked me out when I broke the mocha that her grandmother had given her (who is still alive!); the first place goes, without a doubt, to the Spanish roommates who shaved themselves in the kitchen sink.

For pure intellectual honesty, it seems to me correct to reveal the type of roommate I belong to: the "carefree / careless / distracted". I don't remember anything, but nothing at all!

I leave the keys in the house about once a week and I always have to hope that there is someone to open up, I chronically forget to water the plants or feed any type of animal, I use millions of glasses because I never remember which one is mine, I leave the things in the fridge to rot and, consequently, if there is something that stinks or is 99% expired I bought it myself.

My best sketches are definitely when I opened the door to my roommate while she was in the room with the boy and... you can imagine… and the night I decided to bleach my roommate's black woolrich, and no, I hadn't been drinking. 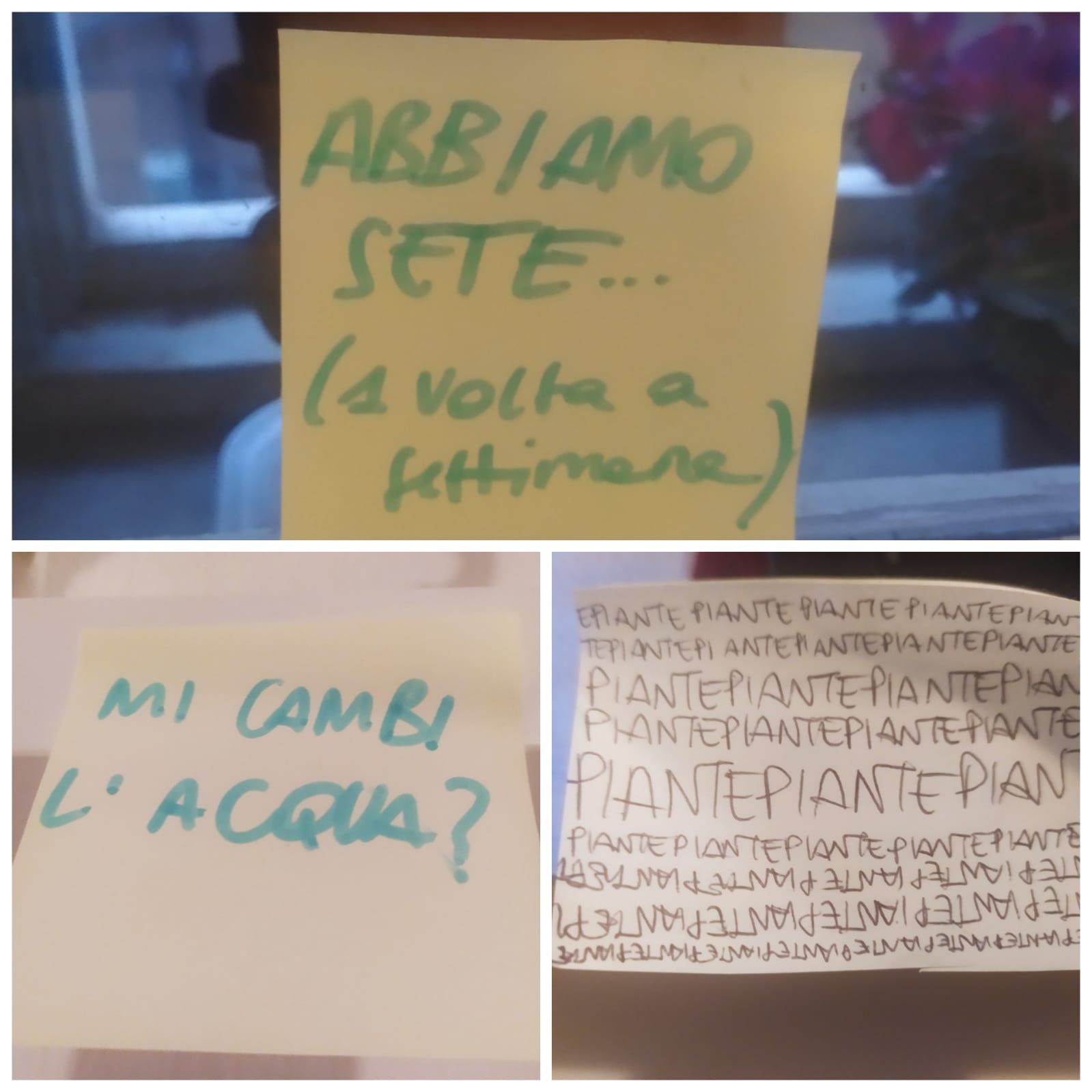 Yet, I must admit that I have always had a lot of luck with my roommates, people I love and who taught me to live (thanks Ste and Ele who showed me how to remove bedbugs!). I hope you will be just as lucky!