Barbour: the coat that no girl can give up

The Waxed Jacket: from the northern seas to our wardrobes

In 1894, among the cold winds of the North Sea, in the South Shield Market Square, a new family company called J. Barbour & Sons was born. When the designer and entrepreneur John Barbour opened his company, South Shield was one of the busiest ports in the North-East of England and sailors and fishermen wandered among the streets of the shipyards ready to set sail in the open sea. It was at that time that John Barbour decided to introduce waterproof and windproof jackets into the market. 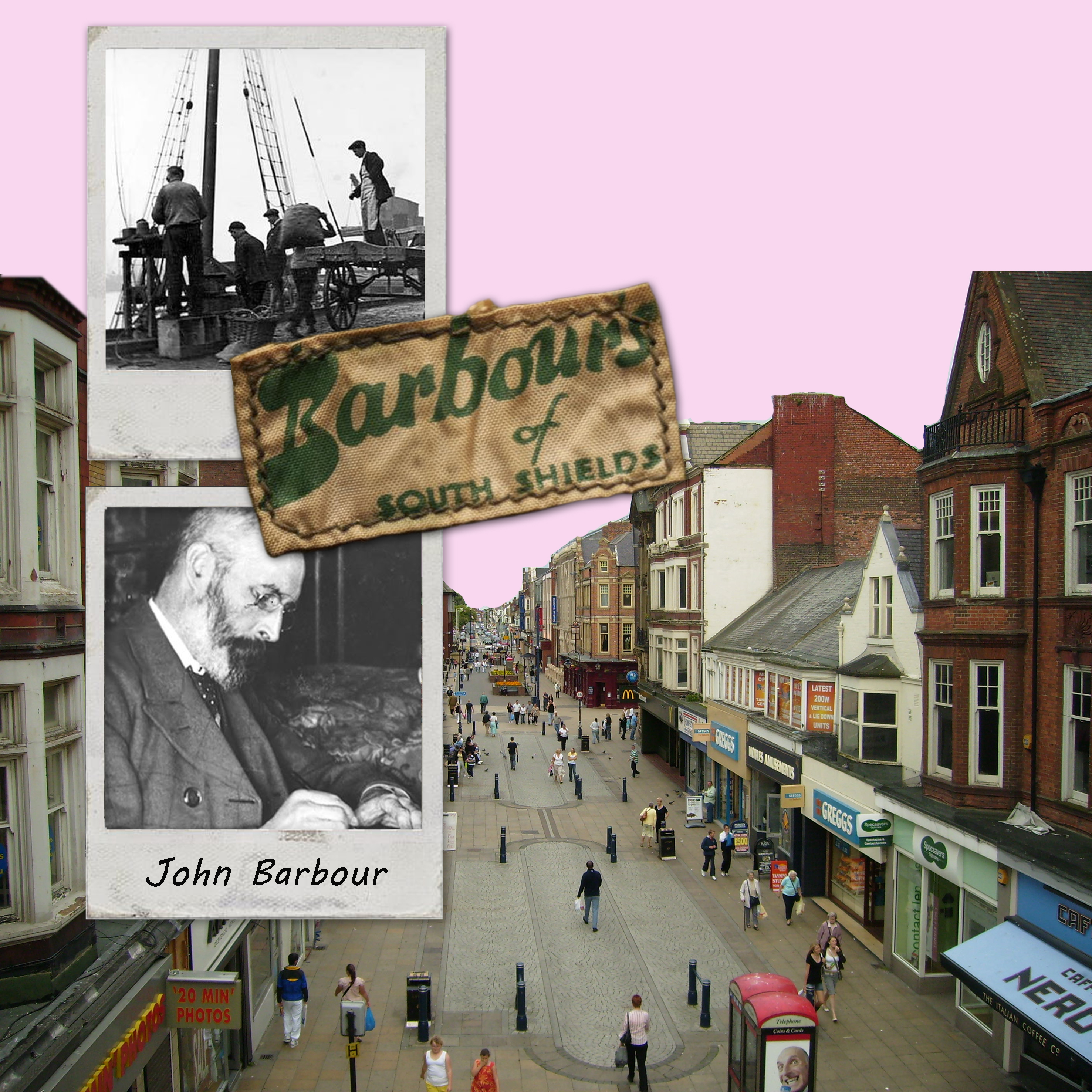 The fabric with which they were produced was called Oilskin but, unlike what we think, it was not invented by the Barbour family, much less at that time. In fact, as early as the fifteenth century the sailors soaked oil in the heavy canvases to create capes that protected them during travel. Over the years, Barbour improved the product by replacing Oilskin with Japara, a waxed cotton much more resistant and soft to the touch. The sturdiness of the fabric and the practicality of the product allowed Barbour to widen the market range: from hunters to farmers, from country sports to motorcyclists, everyone used the Waxed Jacket. Its widespread use has allowed the company to improve day by day until it obtains the impeccable product we know today. How did the Waxed Jacket become an iconic garment?

The Waxed Jacket is a timeless product with no limitations on use: it protects us from the wind during a walk along the sea and from humidity during a trip in the woods; it is essential in the city during morning commissions or to sip a chocolate in the afternoon; accompanies us on a weekend in the vineyards or on horseback with friends. The multi-functionality makes the Waxed Jacket a garment to have in the wardrobe. The essential lines make it suitable for both sporty looks and more formal looks, not surprisingly it is one of Kate Middleton's favorite jackets who uses it during her visits as a Duchess and in her spare time with her children. Sienna Miller, British actress of US origin, has been immortalized several times wearing the Waxed Jacket as well as Olivia Palermo, who with a tight waist belt makes her cool and glam. From the Duchess to movie and web stars, Barbour was able to create an attractive jacket for any type of woman. To confirm the fashion spirit of the Barbour jackets is the collaboration with Alexa Chung, a well-known British model and presenter, an Instagram star. ALEXACHUNG, the model's brand of the same name, was created in London in 2016, combining the Parisian and New York and London styles. Alexa has never forgotten her British origin that brings to mind the wax smell of her childhood Waxed Jacket. It was easy for her to imagine a world of Barbour all her own and make the Capsule her personal expression, without neglecting the iconic nature of the company. In fact the clothes proposed originate from the historical archive of Barbour and date back to 1910: the essentiality of the ‘Glenda’ long coat makes it the perfect garment for the city; ‘Annie’ all over quilting presents her as an excellent travel companion; the casual soul and the quilted ‘Hazel’ details make the outfits more playful. Obviously we could not miss the iconic Barbour item called ‘Maisie Wax’, an oversized Waxed Jacket with a row of contrasting buttons and a ribbon at the waist, available in the blue of the northern seas and in the olive green of the English countryside. 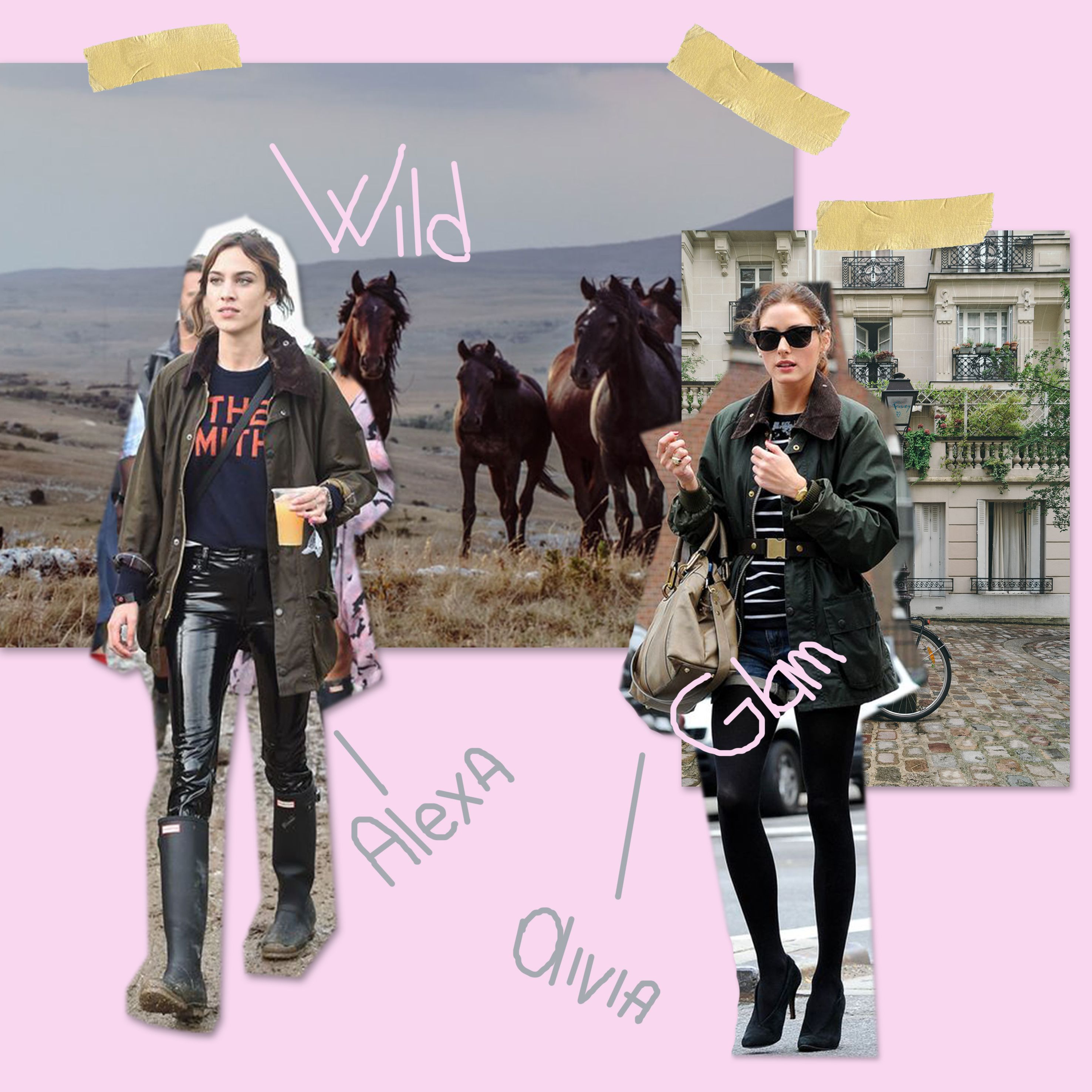